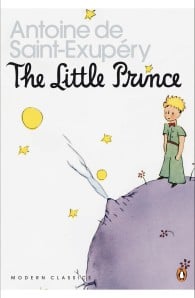 With a timeless charm it tells the story of a little boy who leaves the safety of his own tiny planet to travel the universe, learning the vagaries of adult behaviour through a series of extraordinary encounters. His personal odyssey culminates in a voyage to Earth and further adventures. 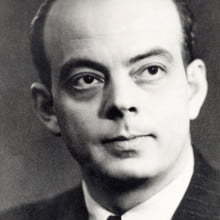 Antoine de Saint-Exupéry was born into an old French family in 1900. Despite his father's death in 1904 he had an idyllic childhood, shared with his brother and three sisters at the family's château near Lyon. He was educated at a strict Jesuit school in Le Mans and then at the college of Saint-Jean in Fribourg. Against the wishes of his family he qualified as a pilot during his national service, and flew in France and North Africa until his demobilization in 1923. Unsuited to civilian life and deeply hurt by a failed relationship with the writer Louise de Vilmorin, he returned to his first love, flying. In 1926 he joined the airline Latécoère, later to become Aéropostale, as one of its pioneering aviators, charged with opening mail routes to remote African colonies and to South America with primitive planes and in dangerous conditions.As airfield manager at the tiny outpost of Cape Juby in Morocco his duties included rescuing stranded pilots from rebel tribesmen, and it was there that he wrote Southern Mail, which was well received on its publication in 1929. From a later posting to Buenos Aires he brought the manuscript of Night Flight back to France, together with his fiancée, the beautiful but temperamental Consuelo Suncin. Night Flight was awarded the Prix Femina in 1931, firmly establishing his literary reputation. Flying and writing were inseparable elements in his passionate creativity, but he was not a model pilot; he was nonchalant about checks, and tended to lapse into reveries at the controls.His career was chequered with near-fatal crashes and in 1936 he came down in Libya while attempting to break the Paris-Saigon record. The story of his miraculous survival in the desert is told in Wind, Sand and Stars. At the outbreak of the Second World War he was too old to fly a fighter but flew in a reconnaissance squadron until the French surrender in the summer of 1940. In exile in America he published the essay Letter to a Hostage and The Little Prince, the enigmatic children's fable for which he is known worldwide. Prior to this he had written of his war experiences in Flight to Arras, which headed the US bestseller list for six months in 1942 and was banned by the Vichy government in France. However, he refused to support de Gaulle and was vilified by the General's Free French supporters. Depressed by this and by his troubled marriage, he pestered Allied commanders in the Mediterranean to let him fly again, and it was in July 1944 that he disappeared, almost certainly shot down over the sea by a German fighter. 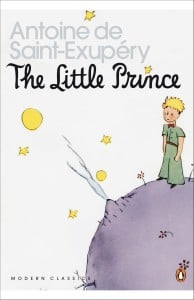