The Man Who Loved Children

The Man Who Loved Children is Christina Stead's masterpiece about family life. Set in Washington during the 1930s, Sam and Henny Pollit are a warring husband and wife. Their tempestuous marriage, aggravated by too little money, lies at the centre of Stead's satirical and brilliantly observed novel about the relations between husbands and wives, and parents and children.Sam, a scientist, uses words as weapons of attack and control on his children and is prone to illusions of power and influence that fail to extend beyond his family. His wife Henny, who hails from a wealthy Baltimore family, is disastrously impractical and enmeshed in her own fantasies of romance and vengeance. Much of the care of their six children is left to Louisa, Sam's 14-year-old daughter from his first marriage. Within this psychological battleground, Louisa must attempt to make a life of her own.#83 in  Australia's Top 100 Favourite Homegrown Reads 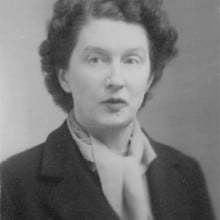 Christina Stead (17 July 1902 – 31 March 1983) was an Australian novelist and short-story writer acclaimed for her satirical wit and penetrating psychological characterisations. She was born in the Sydney suburb of Rockdale, New South Wales, and died at Balmain Hospital, Sydney.Stead wrote 15 novels and several volumes of short stories in her lifetime. She taught "Workshop in the Novel" at New York University in 1943 and 1944, and also worked as a Hollywood screenwriter in the 1940s, contributing to the Madame Curie biopic and the John Ford and John Wayne war movie, They Were Expendable. Her first novel, Seven Poor Men of Sydney (1934) dealt with the lives of radicals and dockworkers, but she was not a practitioner of social realism. Stead's best-known novel, ironically titled The Man Who Loved Children, is largely based on her own childhood, and was first published in 1940. It was not until the poet Randall Jarrell wrote the introduction for a new American edition in 1965 that the novel began to receive a larger audience. In 2005, the magazine Time included this work in their "100 Best Novels from 1923–2005,"and in 2010 American author Jonathan Franzen hailed the novel as a "masterpiece" in The New York Times. Stead's Letty Fox: Her Luck, often regarded as an equally fine novel, was officially banned in Australia for several years because it was considered amoral and salacious. Stead set her only British novel, Cotters' England partly in Gateshead (called Bridgehead in the novel). She was in Newcastle upon Tyne in the summer of 1949, accompanied by her friend Anne Dooley (née Kelly), a local woman, who was the model for Nellie Cotter, the extraordinary heroine of the book. Anne was no doubt responsible for Stead's reasonable attempt at conveying the local accent. Her letters indicate that she had taken on Tyneside speech and become deeply concerned with the people around her. The American title of the book is Dark Places of the Heart. 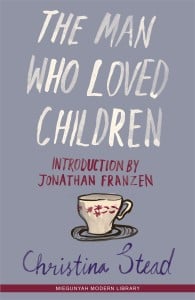 The Man Who Loved Children