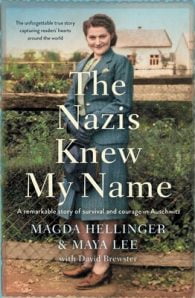 The extraordinarily moving memoir by Australian Slovakian Holocaust survivor Magda Hellinger, who saved an untold number of lives at Auschwitz through everyday acts of courage, kindness and ingenuity. In March 1942, twenty-five-year-old kindergarten teacher Magda Hellinger and nearly a thousand other young Slovakian women were deported to Poland on the second transportation of Jewish people sent to the Auschwitz concentration camp. The women were told they'd be working at a shoe factory. At Auschwitz the SS soon discovered that by putting Jewish prisoners in charge of the day-to-day running of the accommodation blocks, camp administration and workforces, they could both reduce the number of guards required and deflect the distrust of the prisoner population away from themselves. Magda was one such prisoner selected for leadership and over three years served in many prisoner leader roles, from room leader, to block leader – at one time in charge of the notorious Experimental Block 10 where reproductive experiments were performed on hundreds of women – and eventually camp leader, responsible for 30,000 women. She found herself constantly walking a dangerously fine line: using every possible opportunity to save lives while avoiding suspicion by the SS, and risking torture or execution. Through her bold intelligence, sheer audacity, inner strength and shrewd survival instincts, she was able to rise above the horror and cruelty of the camps and build pivotal relationships with the women under her watch, and even some of Auschwitz's most notorious Nazi senior officers including the Commandant, Josef Kramer. Based on Magda's personal account and completed by her daughter Maya's extensive research, including testimonies from fellow Auschwitz survivors, this awe-inspiring tale offers us incredible insight into human nature, the power of resilience, and the goodness that can shine through even in the most horrific of conditions. Surviving Auschwitz: Read an Extract from The Nazis Knew My Name by Magda Hellinger and Maya Lee An Extraordinary Story: Read our Review of The Nazis Knew My Name by Magda Hellinger and Maya Lee 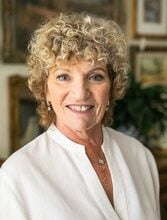 Maya Lee is the daughter of Magda Hellinger. She is an accomplished businesswoman and fundraiser with several nonprofit organizations. After coauthoring an autobiography of her Holocaust-survivor husband, she encouraged her mother to document her own story. Maya subsequently conducted wide-ranging research to fill out her mother’s story. The Nazis Knew My Name is the result. 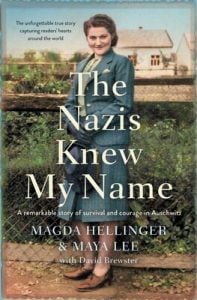 Magda Hellinger was deported to Auschwitz on the second transport from Slovakia in March 1942, at the age of twenty-five. She was one of the very few to survive over three years in concentration camps. During her time in Auschwitz-Birkenau she held various prisoner functionary positions and had direct dealings with prominent SS personnel, using her unique position to save hundreds of lives.