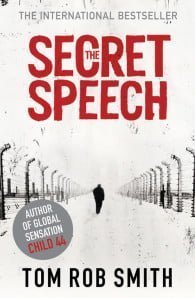 The Soviet Union 1956: after Stalin's death, a violent regime is beginning to fracture. Stalin's successor Khrushchev pledges reform. But there are forces at work that are unable to forgive or forget the past.Leo Demidov, former MGB officer, is facing his own turmoil. His adopted daughters have yet to forgive him for his part in the brutal murder of their parents. They are not alone. Leo, his wife, and their family are in grave danger from someone with a grudge. Someone transformed beyond recognition into the perfect model of vengeance.Leo's desperate mission to save his family will take him from the harsh Siberian Gulags, to the depths of the criminal underworld, to the centre of the Hungarian uprising - and into a hell where redemption is as brittle as glass. 'An epic journey across the blasted Siberian landscape to the dreaded Gulag 57. As with Child 44, Smith's historiography is exact and his early career as a scriptwriter shows in his feel for the necessary rhythms of plot. The feints, bluggs and reveals keep it all rattling along'  The Herald'The follow-up to smash-hit Child 44 is also set in post-war Russia and follows investigator Leo Demidov from that book as he attempts to protect his family from someone with a grudge against him. VERDICT: As good as Child 44 *****' Heat'This second outing for the conflicted former Soviet law enforcer Leo Demidov shows that the proposed trilogy of novels will be something special... Smith has spoken of his admiration for Joseph Conrad's Lord Jim, in which the protagonist has to atone for collusion with evil. That book is a template for Leo's ordeal in The Secret Speech, and if the comparison seems grandiose, one has to admire Smith's ambition. The moral conflicts just about keep pace with the tension in a narrative packed with a dizzying mass of incident'  Barry Forshaw, Independent'The central Leo-Fraera-Zoya triangle, interdependent though enemies, is brilliantly conceived and the scenes featuring them are invariably vivid'  Sunday Times'Riots, plane crashes and a steadily building body count make this one very packed and chilly ride'  Book of the Week, Mirror'Violent actions follow relentlessly on every page. This is a tragic portrait of Russia's brutality. The novel is good, and it's good for you too - educational and informative. But you need a strong stomach for it'  Literary Review'A powerful page-turner'  GQ'In a market saturated by production-line thrillers, Child 44 stood out like Hannibal Lecter at a serial killers' convention... its sequel maintains the momentum . .. If it's thrills you are after, this book delivers. It's a great piledriver of a read'  Charlie Higson, Guardian'As a study of betrayal at every level The Secret Speech is masterly. It brilliantly portrays a society stripped of every element of love, trust and respect; compassion is a weakness to be exploited and denunciation is accepted with resignation...Read this and shiver'  Sunday Telegraph 'Smith paints a chilling picture of post-Stalinist Russia, and never lets the pace flag as Demidov tries to save his family from foes out for vengeance'  The London Paper"Remarkable... In Smith's hands [the] scenes attain a pulse of exhilaration worthy of Dickens by way of Conrad...a broadening of moral scope and thematic richness...rendered with passionate and indelible precision."  Dennis Lehane 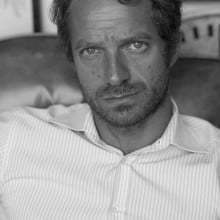 Born in 1979 to a Swedish mother and an English father, Tom Rob Smith's bestselling novels in the Child 44 trilogy were international publishing sensations. Among its many honours, Child 44 won the International Thriller Writer Award for Best First Novel, the Galaxy Book Award for Best New Writer, the CWA Ian Fleming Steel Dagger Award, and was longlisted for the Man Booker Prize and shortlisted for the Costa First Novel Award and the inaugural Desmond Elliot Prize. Child 44 is now a major motion picture starring Tom Hardy, Noomi Rapace and Gary Oldman. 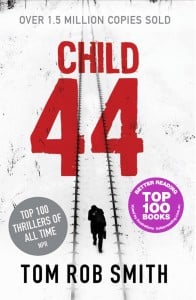 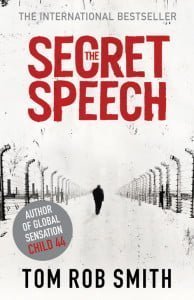 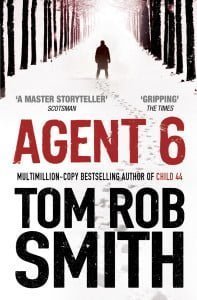