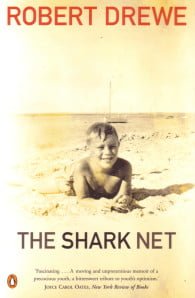 Aged six, Robert Drewe moved with his family from Melbourne to Perth, the world's most isolated city – and proud of it. This sun-baked coast was innocently proud, too, of its tranquillity and friendliness.Then a man he knew murdered a boy he also knew. The murderer randomly killed eight strangers – variously shooting, strangling, stabbing, bludgeoning and hacking his victims and running them down with cars – an innocent Perth was changed forever.In the middle-class suburbs which were the killer's main stalking grounds, the mysterious murders created widespread anxiety and instant local myth. 'The murders and their aftermath have both intrigued me and weighed heavily on me for three decades. To try to make sense of this time and place, and of my own childhood and adolescence, I had, finally, to write about it.'The result is The Shark Net, a vibrant and haunting memoir that reaches beyond the dark recesses of murder and chaos to encompass their ordinary suburban backdrop. 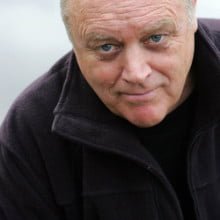 Robert Drewe was born in Melbourne on January 9, 1943, but from the age of six, when his father moved the family west to a better job in Perth, he grew up and was educated on the West Australian coast.The Swan River and Indian Ocean coast, where he learned to swim and surf, made an immediate and lasting impression on him. At Hale School he was captain of the school swimming team and editor of the school magazine, the 'Cygnet'. Swimming and publishing have remained interests all his life On his 18th birthday, already wishing to be a writer but unsure 'who was in charge of Writing', he joined 'The West Australian' as a cadet reporter. Three years later he was recruited by 'The Age' in Melbourne, and was made chief of that newspaper's Sydney bureau a year later, at 22. Sydney became home for him and his growing family, mostly in a small sandstone terrace in Euroka Street, North Sydney, where Henry Lawson had once lived.Robert Drewe became, variously, a well-known columnist, features editor, literary editor and special writer on 'The Australian' and the 'Bulletin'. During this time he travelled widely throughout Asia and North America, won two Walkley Awards for journalism and was awarded a Leader Grant travel scholarship by the United States Government.While still in his twenties, he turned from journalism to writing fiction. Beginning with 'The Savage Crows' in 1976, his books include the widely translated and acclaimed 'A Cry in the Jungle Bar', 'The Bodysurfers', 'Fortune', 'The Bay of Contented Men', 'Our Sunshine','The Drowner', 'Grace' and 'The Rip', as well as a prize-winning memoir, 'The Shark Net', and the non-fiction 'Walking Ella'.'Fortune' won the fiction category of the National Book Council Award, 'The Bay of Contented Men' won a Commonwealth Writers' Prize for the best book in Australasia and South-East Asia, and 'The Drowner' made Australian literary history by becoming the first novel to win the Premier's Literary Prize in every State. It also won the Australian Book of the Year Prize, the Adelaide Festival Prize for literature and was voted one of the ten best international novels of the decade. 'The Shark Net' won the Western Australian Premier's Prize for Non-Fiction, the Courier Mail Book of the Year Prize and the Vision Australia Award.'Our Sunshine' was made into an international film, retitled Ned Kelly, directed by Gregor Jordan and starring Heath Ledger, Orlando Bloom and Naomi Watts. 'The Shark Net' was adapted for an ABC-BBC-produced international television mini-series and a BBC radio drama. 'The Bodysurfers', also became a successful ABC and BBC TV mini-series and was adapted for radio and the theatre.'The Bodysurfers' and 'Our Sunshine' have been republished internationally as Penguin Modern Classics. A second volume of memoir, 'Montebello' was published in 2012.Robert Drewe is also the editor of two international short-story anthologies, 'The Penguin Book of the Beach' and 'The Penguin Book of the City', and edited 'Best Australian Stories' in 2006 and 2007 and 'Best Australian Essays' in 2010. He has been a 'Sydney Morning Herald' film critic, and his play, 'South American Barbecue', was first performed at Sydney's Belvoir Street Theatre in 1991.Awarded a special Australian Artists' Creative Fellowship by the then Prime Minister, Paul Keating, he has also received an honorary doctorate in literature from the University of Queensland, and an honorary doctorate of letters from the University of Western Australia. He has lived and worked in San Francisco and London and been writer-in-residence at the University of Western Australia, LaTrobe University in Melbourne, the South Bank Centre at Royal Festival Hall, London, and at Brixton Prison in London. 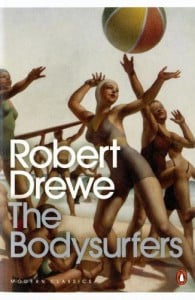 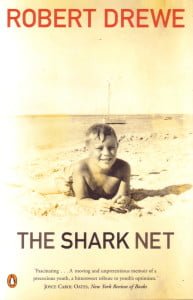 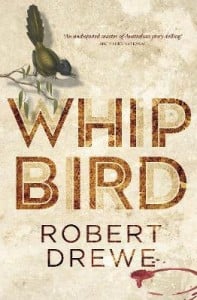