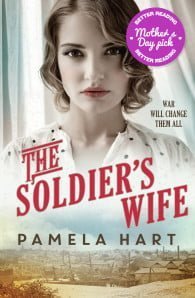 Why we love it!The Soldier's Wife is a beautifully told story of love and loss and the profound and terrible impact of war. It’s deeply insightful into the lives of the women left behind in Sydney and how they coped while their men fought on the other side of the world.It’s 1915, the world has been thrust into chaos and young Australian men are enlisting. In haste, Ruby marries her beloved Jimmy Hawkins though she has known him just a few weeks. After a brief but passionate honeymoon, his inevitable call to the front parts them and Ruby must cope as best she can, even as each day she waits on tenterhooks for the dreaded telegrams to arrive...Ruby tries to forge a new life for herself in Jimmy’s absence, becoming a bookkeeper at a Sydney timber merchant. While it’s inevitable that they must take on men’s roles, there is growing resentment and disapproval of these independent women. Ruby is surprised by her own reserves of courage in the face of adversity, but sometimes her quick temper and outspokenness get her into trouble. If and when Jimmy returns, will she be the same woman he married?Pamela Hart previously wrote as Pamela Freeman, winning the 2006 NSW Premier’s History Prize for her historical novel The Black Dress. In The Soldier’s Wife, she was inspired by the story of her own Anzac grandfather.

We loved the vivid descriptions of wartime Sydney and fell in love with the headstrong heroine Ruby. She really gets under our skin so that we can almost feel her longing, as well as the frustrating injustice she faces with the restrictions and social pressures placed on a young woman moving into new times. Hart skillfully builds up suspense in this poignant novel and its dramatic conclusion is breathtaking. 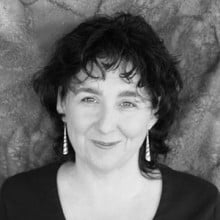 Pamela Hart is an award-winning author for both adults and children. She has a Doctorate of Creative Arts from the University of Technology, Sydney, where she has also lectured in creative writing. Writing under the name Pamela Freeman, she wrote the historical novel The Black Dress, which won the NSW Premier's History Prize for 2006 and is now in its third edition. Pamela is also well known for her fantasy novels for adults, published by Orbit worldwide, the Castings Trilogy and her Aurealis Award winning novel Ember And Ash. Pamela lives in Sydney with her husband and their son, and teaches at the Australian Writers' Centre. 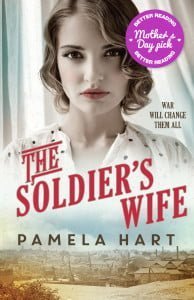 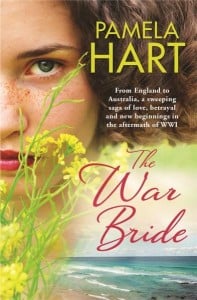