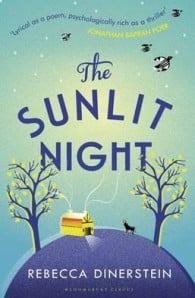 The Sunlit Night is a poetically wrought tale about love and loss. It’s a debut novel that charms us with its whimsical young characters finding their way in a harsh, and sometimes disillusioning, world.

Art student Frances, who shares a tiny Manhattan apartment with her sister and constantly bickering parents, breaks up with her boyfriend after he tells her, “What you do doesn’t help anybody.” Meanwhile over in Brooklyn, Russian immigrant Yasha lives above the bakery he runs with his ageing father. The whereabouts of his mother, who they left behind in Russia 10 years ago, remains a mystery until she turns up unexpectedly one day…

The two different lives of these young people coincide after a disenchanted Frances journeys to a desolate artist colony north of the Artic Circle. When she meets Yasha, who by a twist of fate ends up at the ‘top of the earth’ too, they confront both their pasts and their futures.

Dinerstein, a 27-year-old from New York City, has an artist’s eye for setting, and this novel provides plenty of scope for evocative descriptions, set as it is during the long days of a Norwegian summer. Another New Yorker and one of our favourite writers, Jonathan Safran Foer (Extremely Loud and Incredibly Close) has heaped praise on this debut novel, describing it as “lyrical as a poem, psychologically rich as a thriller, funny, dark, warm and knowing of place as any travel book or memoir.”

Indeed, it’s no surprise to learn that Dinerstein herself spent a year in an artist colony at Lofoten and has published a volume of poetry she wrote there.

Though set in a moonless northern summer, The Sunlit Night makes a timely read as we approach the southern solstice at the end of this week – perfect reading to transport you to another world on a winter night. 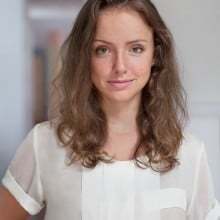 Rebecca Dinerstein is the author of Lofoten, a bilingual English-Norwegian collection of poems, and The Sunlit Night, her debut novel. She received her B.A. from Yale and her M.F.A. in Fiction from New York University, where she was a Rona Jaffe Graduate Fellow. She lives in Brooklyn. 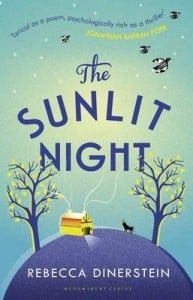