Sydney, present day. Anna is released into the world after eight years in prison. The entirety of her possessions stuffed into a single plastic bag. The trauma of her past, a much heavier burden to carry. Feeling hopeless, isolated and deeply lonely, Anna attends an alternative support group; The Women’s Circle. But when she touches an ancient crystal, Anna connects to a woman she has never met, in a past she doesn’t recognise. In 1770, a brutal regime torments the English village of Quarrendon and is determined to keep its women apart. Young villager Aisleen desperately seeks a way to defy the rules, reunite with her sister, and live life on her own terms, without her husband’s permission. The stakes are high and terror of punishment inescapable, but doing nothing comes at an even steeper price... While separated by generations, Anna finds herself drawn to the spine-chilling and courageous plight of Aisleen and Quarrendon’s women. Can their bond help her to face her past and embrace her second chance at life? A heart-warming and inspirational portrayal of inner strength and vulnerability, The Women’s Circle shows us the true power of female friendship in all its forms. 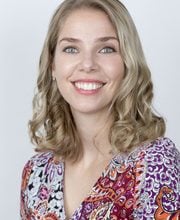 Karyn Sepulveda comes from a background in theatre and teaching. She enjoys working on many creative projects, including a podcast Letters To Our Yesterday, in which she interviews extraordinary women about their life journey. Karyn lives in Sydney with her husband and two children. If she had to pick the perfect day it would include: the beach, great music, family and a good book. 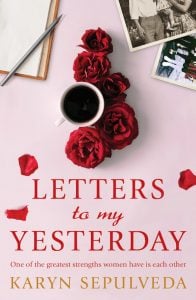 Letters To My Yesterday