In Berlin, who can you trust?It is 1943 and each night in a bomb shelter beneath the Berlin Zoo an Australian woman, Vera, shelters with her German husband, Axel, the zoo's director. Together, they struggle to look after the animals through the air raids and food shortages. When the zoo's staff is drafted into the army, forced labourers are sent in as replacements. At first, Vera finds the idea abhorrent, but gradually she realises that the new workers are the zoo's only hope, and forms an unlikely bond with one of them.This is a city where a foreign accent is a constant source of suspicion, where busybodies report the names of neighbours' dinner guests to the Gestapo. As tensions mount in the closing days of the war, nothing, and no one, it seems, can be trusted.The Zookeeper's War is a powerful novel of a marriage, and of a city collapsing. It confronts not only the brutality of war but the possibility of heroism - and delivers an ending that is both shocking and deeply moving.Winner, Prime Minister’s Literary Award for Fiction, 2008.'Beautifully textured and extremely well realised ... a clever, inspired, insightful, tension-filled drama' BOOKSELLER+PUBLISHER 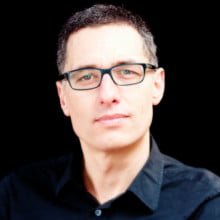 Steven Conte was born in Sydney in 1966 and raised in Guyra in rural New South Wales. After six years in a country boarding school, he worked for a year as a bank teller in Sydney before hitchhiking 3000 kilometres around Europe. He was a cleaner in Brussels and a waiter in Cornwall. He also lived for several months in Berlin, an experience that later provided the initial inspiration for his debut novel, The Zookeeper's War. From 1987 to 1997 Steven lived in Canberra, where he studied professional writing at the University of Canberra, as well as Australian literature (as a civilian) at the Defence Force Academy. Barman, life model, taxi driver, public servant and book reviewer were some of the jobs with which he supported his writing. In 1998 he moved to Melbourne and in 2000 began a PhD in Creative Writing at the University of Melbourne, developing the manuscript that became The Zookeeper's War. He graduated in 2005 and now works as a student advisor in a university college, where he also lives with his partner, who is a neuropsychologist. In 2008 The Zookeeper's War won the inaugural Prime Minister's Literary Award for Fiction. 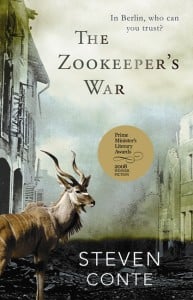