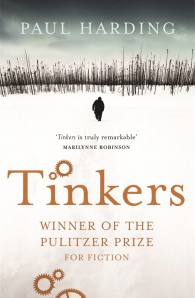 An old man lies dying.Confined to bed in his living room, he sees the walls around him begin to collapse, the windows come loose from their sashes, and the ceiling plaster fall off in great chunks, showering him with a lifetime of debris: newspaper clippings, old photographs, wool jackets, rusty tools, and the mangled brass works of antique clocks.Soon, the clouds from the sky above plummet down on top of him, followed by the stars, till the black night covers him like a shroud. He is hallucinating, in death throes from cancer and kidney failure. A methodical repairer of clocks, he is now finally released from the usual constraints of time and memory to rejoin his father, an epileptic, itinerant peddler, whom he had lost seven decades before. In his return to the wonder and pain of his impoverished childhood in the backwoods of Maine, he recovers a natural world that is at once indifferent to man and inseparable from him, menacing and awe inspiring.Winner of the 2010 Pulitzer Prize for Fiction.'Wonderful, lyrical . . . Triumphant . . . A beautiful, moving and elegiac lament on the human condition . . . Hypnotic.' The Times'Brilliantly realised . . . a reminder of how rich the written language can still be' Independent'Tinkers is truly remarkable. It achieves and sustains a unique fusion of language and perception. Its fine touch plays over the textured richnesses of very modest lives, evoking again and again a frisson of deep recognition, a sense of primal encounter with the brilliant, elusive world of the senses. It confers on the reader the best privilege fiction can afford, the illusion of ghostly proximity to other human souls.' Marilynne Robinson, Pulitzer Prize-winning author 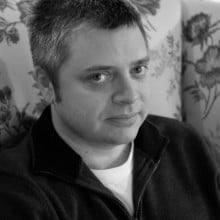 Paul Harding is the author of the novel Tinkers, which won the 2010 Pulitzer Prize for Fiction. He has received a Guggenheim Fellowship and the PEN/Robert Bingham Fellowship for Writers. He was a fiction fellow at the Fine Arts Work Center in Provincetown, Massachusetts, and has taught at the Iowa Writers' Workshop, Harvard University, and Grinnell College. 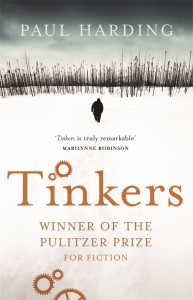