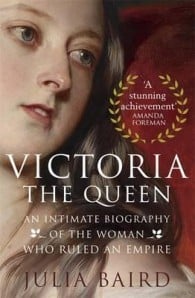 Why we love it: Julia Baird introduces us to Queen Victoria in an intimate and beautifully written biography. Fans of Memoirs of a Geisha and The Secret Chord will love this in-depth biography about a woman who changed the world.When we first meet Victoria, we see a mere teenager, sitting on the throne with her feet unable to touch the ground. Fifth in-line for the crown, no one (including herself) thought this day would come. From an introduction that leaves us riddled with curiosity, to the narration of the Queen's life, we are captivated by the distinctive writing style that brings Victoria from a distant historical monarch to a present, strong-willed woman. We forget that Victoria took the throne at eighteen and was the longest reigning monarch in English history, remaining so until her great great grand-daughter Elizabeth broke the record in 2015. We forget this woman had nine children, lived through eight assassination attempts, and reigned at a time of immense upheaval where the simple village surrounding Kensington Palace would become a bustling metropolis. From the toddler who 'stamped her foot', the child who 'slammed piano lids', the teenager who 'stared down tormentors' to the Queen who was known for her love and strength, Baird gives us a personal glimpse into the woman behind speculation and myths.A biography unlike the many that have come before, it challenges the myths placed on Victoria rather than exploit and expand on them. A woman who was ruled over by men, a woman who had no maternal instincts, a woman who had a love affair with her servant John Brown – the list of fabrications continue.  As author Julia Baird states, 'it was the object of this book to hack through myths, not hew to them' and with impeccable research, we uncover the real Victoria.One rumour Victoria the Queen allows us to indulge in is her marriage to Albert. While they married a couple of years after he was crowned, following his death, she ruled thirty-nine years on her own. It's no secret that upon Albert's passing, Victoria openly grieved for her husband. She mourned for a long time and this is evident in the memorials she was erecting for him twenty years later. Due to her grief, the myth that Victoria stopped ruling after Albert died, began. Speculation that she had given all the authority to him during their marriage began, and the decisive ruler had become no more than a grieving widow. As Baird states, 'all of this is wrong' – she dismisses this notion and instead, shows us the truth behind their story. Written as beautifully as a romance novel, the story of Albert and Victoria will have you enchanted. Though their marriage will see turmoil and strong power play, it will make you smile and near weep as Julia Baird retells one of the greatest romances of modern history. Historical figures are weaved in and out, allowing an intimate knowledge of each influential person within Victoria's life without being overly complicated – and there is a helpful character index for referencing. At the halfway point, we are treated to a gallery of Victoria, her children, partners, and influential political figures, and we can put a face to the names mentioned. With wonderful inscriptions explaining their relevance, each photo is chosen with care and is a fascinating addition to the biography. Baird conveys the politics, relationships, monarchy and personal life of Victoria in such a way that it reads as easily as fiction. Victoria's personality deeply resonates throughout as Baird writes her in such a way that every emotion jumps off the page and creates a visual image of the women she was.Victoria the Queen is an imitate and truthful retelling of a monarch who has been drowned in illusions over time. In her concluding statements, Julia Baird leaves us with a simple message, 'Victoria endured'. She was a woman who shaped the modern world, dispelling rumours of her supposed passivity, reliance on men and distaste for power. If you have an interest in British history, a fascination with Victoria or are wanting to try some new non-fiction, this page-turning biography will not leave you disappointed.'Why can't we conceive of women having authority?' Listen to our timely live interview with Julia Baird here, or click here to start reading! 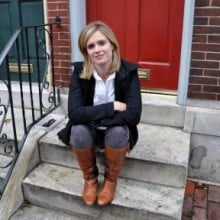 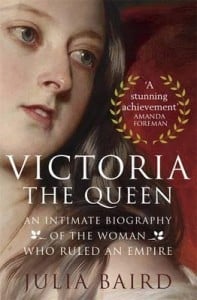