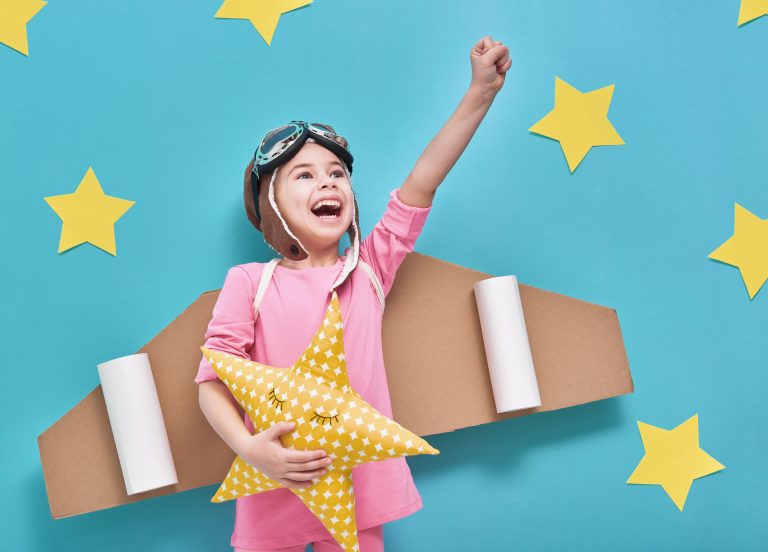 There’s nothing better than getting your child’s imagination going with some role play. If given a starting point like a castle, deep dark wood or island and a few characters they can take the plot wherever they want to. This list of new and old books is perfect for setting the scene. 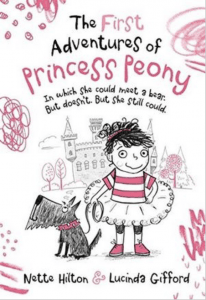 The First Adventures of Princess Peony by Nette Hilton, illustrated by Lucinda Gifford

If there is a little person in your life with regal aspirations, then this is the one for you.

A gifty, funny illustrated series for imaginative girls, written by Nette Hilton, the author of A Proper Little Lady.

Once upon a time there was a dear little girl called Peony. That’s P.E.O.N.Y. And it’s me. I live in a Castle with my Dragon whose name is Totts. That’s T.O.T.T.S And that makes me a Princess if you really want to know.

Princess Peony is not really a princess, but she does have a pet dragon, which means she’s kind of like a princess. In her first adventure, she must keep an evil troll (her brother) from trying to steal her dragon (dog)–and avoid being eaten by a bear, which is really hard work. If exploring is what your children love then send them to the deep dark forest via this book.

Beware the deep, dark forest! You should never, ever go in there . . . Rosie has always followed this rule until the day her pup Tinky goes missing in the woods. So Rosie decides to trek into this dangerous, muddy place. But there are many obstacles along the way – including a huge grey wolf, a scary ravine and a ferocious troll!

We’re Going on a Bear Hunt by Michael Rosen, illustrated by Helen Oxenbury No one ever gets tired of this classic and who doesn’t want to pretend they are wading through, mud, lakes and long grass…

Follow and join in the family’s excitement as they wade through the grass, splash through the river and squelch through the mud in search of a bear. What a surprise awaits them in the cave on the other side of the dark forest. 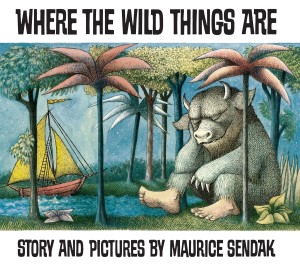 Where the Wild Things Are by Maurice Sendak

Let’s face it even the best of kids gets wild so why not channel that into something that will stretch their imagination. Max’s tantrum can inspire them to travel to their own island of monsters.

Originally published in 1963, it has become a much-loved favourite children’s best-seller, and an acknowledged classic of 20th century children’s picture books. Maurice Sendak said: “Max, the hero of my book, discharges his anger against his mother, and returns to the real world sleepy, hungry, and at peace with himself… from their earliest years children live on familiar terms with disrupting emotions, fear and anxiety are an intrinsic part of their everyday lives, they continually cope with frustration as best they can. And it is through fantasy that children achieve catharsis. It is the best means they have for taming Wild Things”.

The Brave Knight by Sally Gould, illustrated by Celeste Hulme And finally for all those who need action all day every day, pretending to be a knight will burn up a lot of extra energy.

Determined to protect his caste and its occupants, a little boy stands guard against his enemies. With instructions on what a knight does and the equipment that is needed to defend the castle.

The First Adventures of Princess Peony