Sure Fire Hits: September Releases Your Child Won’t Put Down 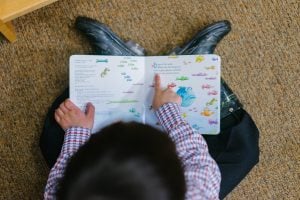 Now that Children’s Book Week has reignited all that book love in your children, make sure you get something in their hands that will keep the momentum going. There is so much to choose from this month: see new additions to popular series WeirDo and Dog Man, books that will get them thinking from Jackie French and Patrick Ness, books that will excite their imagination with The Institute of Fantastical Inventions and books like Pig the Grub that will simply have them in stitches.

Weirdo #11: Splashy Weird by Anh Do

The school swimming carnival is on and Weir isn’t looking forward to any of it!  Not the tiny cozzies! Or getting water up his nose! And especially not the racing! Can Weir win for his team? It won’t be easy… but it will be funny!

Dog Man #5: Lord of the Fleas by Dave Pilkey

With Petey the Cat safely behind bars (for now) it’s time for the police force to get to the bottom of Petey’s evil ways. What drives him to do such misdeeds? Is it a history of grain-free kibble? Too much playtime with a laser light toy, perhaps? Or maybe he’s just tired and hasn’t had enough time to catnap. Petey’s talking, but is he coming clean? Dog Man and Li’l Petey are on the case and will soon find out whether the felonious feline is crafting a cat’s cradle of lies, or if he’s finally telling the truth.

Just a Girl by Jackie French

Who was Mary of Nazareth, the most famous woman in all of history? In 72 AD, as the Roman army pillages Judea and destroys their village, killing and enslaving its inhabitants, fourteen-year-old Judith hides with her younger sister, her great-grandmother Rabba and an unwilling goat. Judith is ‘just a girl’, but her skills will save them – and help escaped Roman slave Caius survive as well.

Based on primary sources, this book tells the story of the Mary behind the legend, of her life and her extraordinary legacy, still an inspiration after 2000 years.

From the multi-award-winning author of A Monster Calls comes a haunting tale of power and obsession that turns the story of Moby Dick upside down.

The whales of Bathsheba’s pod live for the hunt. Led by the formidable Captain Alexandra, they fight a never-ending war against men. Then the whales attack a man ship, and instead of easy prey they find the trail of a myth, a monster, perhaps the devil himself… With their relentless Captain leading the chase, they embark on the final hunt, one that will forever change the worlds of whales and men.

From the multi-award-winning author of A Monster Calls comes a haunting tale of power and obsession that turns the story of Moby Dick upside down.

The Institute of Fantastical Inventions by Dave Leys

Want to float around the house like a bubble and pop at midnight? No problem. Do you long to be an astronaut but are too short, too round or have poor eyesight? Never fear, the IFI is here. But when it comes to people, Leo McGuffin is hopeless. He’s always destroying poor Andrea Allsop’s good work.

When Leo meets the boy-wonder, Edward, the pair turn boring Roger Mumble into an international man of mystery. Then they discover a dastardly plan to steal the secret blueprints of all the Institute’s magnificent inventions and it’s up to Leo to save the day. Which of the Institute’s famous inventions can foil the spies’ cunning plans and save the institute Leo loves from ruin?

Wizards of Once: Twice Magic by Cressida Cowell

From the bestselling author of How to Train Your Dragon comes an exciting high-adventure series – set in an ancient, magical time, full of Wizards, Warriors, Giants and Sprites.

This was once the story of a young boy Wizard and a young girl Warrior who had been taught since birth to hate each other like poison. But now, the boy Wizard and girl Warrior have been brought together in the Badwoods and they have witnessed the shocking consequences of the Stone That Takes Away Magic. They will need to cast aside their differences once more – for an Evil Spell has broken free. It’s up to Xar and Wish to find the ingredients. But it means entering the Druids Castle unannounced … Perfect for boys and girls who love fantasy adventure…

Monster in My House by The Umbilical Brothers

There’s a Monster in my Bedroom. Keep very, very still. Tell me you can see it. It’s giving me a chill . . . A funny, charming rhyming picture book about a house full of monsters with an unexpected twist from internationally acclaimed comedy duo The Umbilical Brothers. With gorgeous, rich illustrations by Berlin artist, Johan Potma.

Pig the Grub by Aaron Blabey

Eww! What a stinker!Pig isn’t just the world’s greediest Pug, he’s the dirtiest too. It’s high time he had a bath! But try telling Pig that . . .Over two million Pig books are now in print around the world!

Kensy and Max #2 by Jacquline Harvey

Kensy and Max are now agents-in-training at Pharos, a covert international spy network. Christmas break sees the twins back at Alexandria for training and a celebration like no other, but where are their parents and why can’t they come home?

Thankfully, a school trip to Rome provides a welcome distraction. Amid the history and culture of Italy’s capital, they discover a runaway boy and whisperings of Mafia involvement. It looks like Kensy and Max’s harmless excursion may just turn into their very first mission.

A Different Boy by Paul Jennings

A fantastic new Paul Jennings story, full of twists and turns, following the fortunes of a boy boarding a ship and leaving his past behind.

When he finds himself in a cruel orphanage Anton does just that and hides on an ocean liner. Fear and desperation are his only companions. And this time there is no escape.

Two other passengers have secrets of their own. When nothing is what it seems, can they help each other? Or will they sink into a sea of troubles? You’ll never know. Until the last page.Another top story from Australia’s master of the trick ending 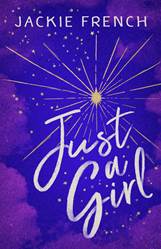 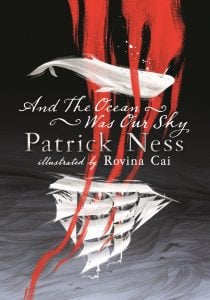 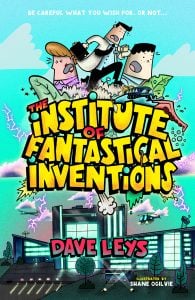 The Institute of Fantastical Inventions The Wizards of Once: Twice Magic A Monster in My House 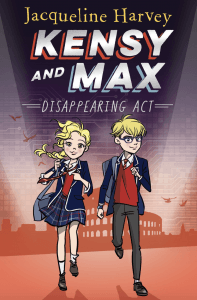 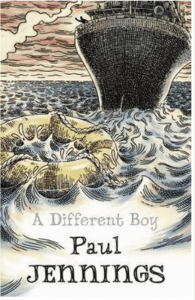