Your essential reading list of books set during World War 2 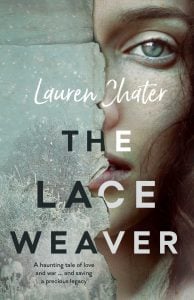 ‘Each lace shawl begins and ends the same way – with a circle. Everything is connected with a thread as fine as gossamer, each life affected by what has come before it and what will come after’.

From the enthralling opening chapter, the reader is plunged into a story of quiet, everyday lives ravaged by war when t

hey are caught up in the conflict between two of the 20th century’s greatest evils, Stalin’s Red Terror and Hitler’s Third Reich.

Lauren Chater is the author of The Lace Weaver, an explosive debut from a new Aussie voice that has taken historical fiction by storm. We asked Lauren to compile a list of her favourite books set during World War 2, so here’s your essential reading:

A good friend recommended this book to me when I was writing The Lace Weaver. I try not to read books in my genre when I’m writing but once I started, I couldn’t put it down. Beautiful and harrowing, it’s a story about courage, resistance and the special bond shared by sisters.

All the Light We Cannot See – Anthony Doerr

With its dream-like evocation of WW2 occupied Paris, this book gripped me from the very start with its lyrical descriptions. I loved the mythical quality of the storytelling, the mystery of the Sea of Flames, the jewel that corrupts, and the idea that two people’s destinies can be woven together by forces they cannot see.

Kate Forsyth has an amazing ability to blend fairy tale and fact together to create a unique story. In this book, she has chosen to retell the Grimm Brothers’ tale The Singing Springing Lark, but has set it in WW2 Germany. Ava, the book’s heroine, is smart, brave and romantic, but when she catches the eye of a Nazi officer, it seems both she and her family are doomed. Is there a happy ending? You’ll have to read it to find out.

I have a confession to make: I have only read this book once. Once! This is no reflection on the book, though; I actually adore it. I just can’t bring myself to read it again because I’m afraid a second reading will take away some of the pure magic and heartbreak of that initial experience. An astonishing book about a young girl’s quiet act of resistance and her struggle to find happiness against the odds.

I read this book in my mid-twenties and it was a revelation. Completely original, it captures the brutality and strangeness of war in all its ugliness and beauty. A brilliant piece of fiction that changed the way I thought about writing and storytelling.

Another book I read in my twenties that has stayed with me. I love it more than the film (and let’s be honest, the film has Ralph Fiennes in it so that’s a big call). Beautiful, heartbreaking and symbolic, it’s a story about following your heart and the fallibility of memory.

This was the first book of Fiona’s I read and I don’t think I could have picked a better one. Set in Paris at the height of the Nazi occupation, it’s the story of Lisette, a half-English, half-French spy who must snare the attentions of a high-ranking German officer in pursuit of his secrets, and Luc Bonnet, a lavender farmer who works with the Marquis resistance movement. A really great read.

Just thinking about this book gives me goosebumps! I loved it on a first reading and I have loved it every time since. Such a beautiful and tender story about the little-known occupation of islands in the English Channel and the bond between two women who are destined never to meet but find each other through stories and words.

I love Ian McEwan’s work and although this is not my favourite of his, I appreciate it for the clever way it depicts the war as told through the eyes of a group of English characters whose lives are irrevocably changed by the actions of one young girl.

Empire of the Sun – J.G Ballad

I developed a major crush on Christian Bale (he of the infamous Batman Begins) when I was in my teens and I insisted my parents rent out any movies he had starred in. One of them was Spielberg’s Empire of the Sun, which is the story of a young British boy who becomes interred in a Japanese POW camp during WW2. I also read the book (I believe in doing things properly) and was astonished by the storytelling prowess of J.G Ballad, and his ability to show WW2 from different sides. 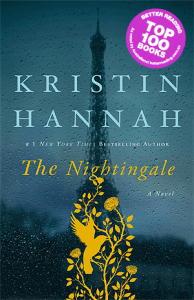 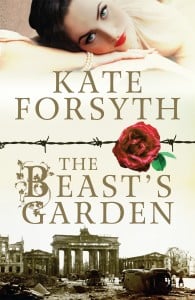 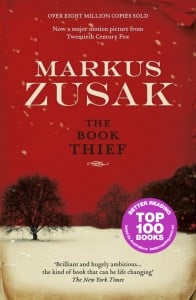 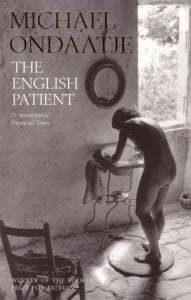 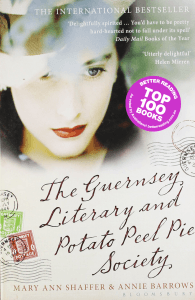 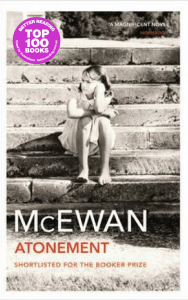