ecame the sweetheart of Australia’s diverse food scene when she rose to fame following her success on the very first season of Aussie Masterchef. Since becoming the Masterchef champion, Julie has not rested on her laurels but has been releasing cookbooks, building her blog from the ground up, and has appeared on television numerous times. She has truly become one of the biggest names in Aussie food this decade.

Her recipe for Stuffed Eggplant is scrumptious, just like all the recipes in her latest collection, Julie Goodwin’s Essential Cookbook. One of Julie’s great talents as a cook is that her recipes consistently find the balance between quality and comfort, and this one’s no different. An eternal classic, this veggie-accented dish is luxurious and aromatic, and fragrant with spices. A little bit of tasty cheese at the end is the final touch of indulgence that sets this recipe apart, so don’t skimp!

2 Cut the eggplants in half lengthways and scoop the flesh out of each half, leaving a thin layer of flesh in the skins. Cut the removed flesh into 2 cm cubes and sprinkle with half the salt.

3 Heat the olive oil in a large frypan over medium-high heat and fry the mince until brown and cooked through. Rinse the eggplant cubes and squeeze dry then add to the mince, along with the onion, garlic, spices, remaining salt and pepper. Stir until the onion and garlic are fragrant and translucent. Stir through the crumbed bread.

4 Pile the mixture into the eggplant halves and top each half with 1⁄3 cup cheese. Place on a lined baking tray and bake for 20 minutes or until the cheese is golden and bubbling. 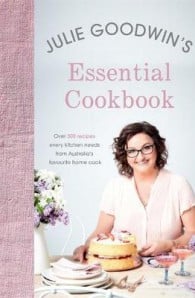 Australia's best-loved home cook and original MASTERCHEF, Julie Goodwin is back with the accessible and practical cookbook every family needs.Looking for the perfect meal for your family?All you need to make delicious food to feed your hungry loved ones is contained here in one place. Collected here for the first time you can find Julie's essential go-to recipes: from making a great omelette, to roasting the perfect chicken, preparing simple and satisfying soups and salads and baking classic cakes, muffins and desserts that will become family favourites.Whatever ingredients you have in the house, no matter the season or occasion, you can put together a tasty feast that will please everyone, every time. 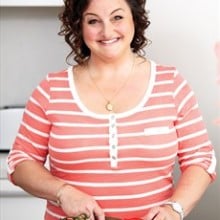 Julie Goodwin first came to the attention of the Australian public as the winner of the hit television show MasterChef Australia in 2009. Formerly an IT professional running a successful family business, Julie Goodwin now writes a monthly column for the Australian Women's Weekly and is a bestselling cookbook author.Her first cookbook, Our Family Table, was one of the highest selling cookbooks in Australian history and she has since published Heart of the Home and, in 2013, Gather. A tireless charity worker, Julie lives on the Central Coast of New South Wales with her husband and three sons. 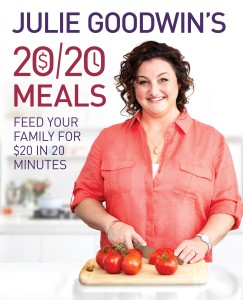 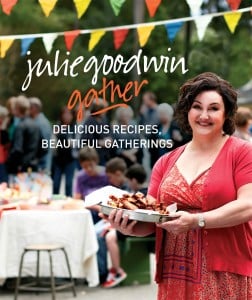 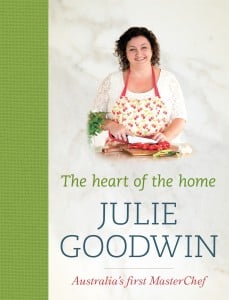 The Heart of the Home 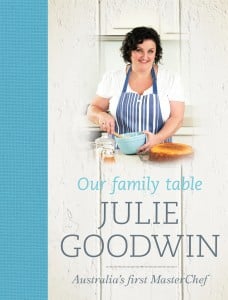 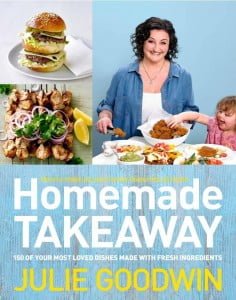 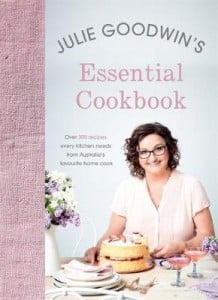