A powerful memoir for teens, their families and teachers: Sophie Hardcastle’s story of mental illness Sophie Hardcastle was a teenager when she was first struck by mental illness. At sixteen she was misdiagnosed with major depression and she was admitted to hospital four times over the next two years.

She completed her HSC while in hospital, achieving an ATAR of 98.25, and receiving a Premier’s Award for All-Round Excellence. She was fast-tracked into the Sydney College of the Arts.

In 2013 she was admitted to hospital again and received a diagnosis of bipolar I disorder.

Now in her twenties, Hardcastle has written Running Like China: an engaging, lyrical memoir of her illness; and a book which could be of real value to schools and families supporting teens suffering from mental illness.

Hardcastle describes in detail the onset of her illness, her journey through various mis-diagnoses, and her coping strategies. She gives us insights into her decision-making processes during her illness, and the numbness and despair behind her declarations to friends and family that ‘I don’t care’.

It’s not always easy reading: Hardcastle’s illness took a real toll on her family – particularly her parents and younger sister – and in her anguish she tried to ‘fix’ herself with sex, drugs, alcohol and risk-taking behaviour (something to keep in mind if offering the book to younger teen readers).

However, her detailed descriptions of her state of mind and explanations of the basic physiological processes at play (the chemistry of the brain, the way our minds try to numb down our mental anguish so we literally ‘don’t care’ or ‘can’t care’) could prove incredibly useful to teachers, school staff and families who are concerned about what’s going on with the teens around them.

In places, Running Like China is almost a stream-of-consciousness work, as Hardcastle meanders through and circles back to themes including family, relationships with friends, social media and encounters with other patients in hospital.

She shows us how some of her closest teenage friends were able to ‘be’ with her during her illness, providing ongoing, valuable support. And she is compassionate towards those who simply didn’t have the capacity to maintain their relationship.

She shows us the hurt of social media bullying, and describes the practical and useful support friends gave by shutting down her accounts and isolating her from some of the most hurtful barbs.

She explores her own relationships with doctors and carers, emphasising that not every medical professional will be the right ‘fit’ for any patient.

Most of all, Hardcastle talks about the importance of speaking about mental illness and the damage that silence can cause. She now works for the organisation Batyr, which she explains:

‘is all about story telling. We go into schools and run workshops where Batyr speakers
give a voice to the elephant in the room by sharing their own experiences with mental illness.

‘By the end of the program the turn around in the students’ attitudes towards mental health is amazing.
Hearing others talk openly and honestly gives the students confidence to open up in their own lives. It inspires hope.’

Hardcastle hopes that Running Like China will help readers ‘see the importance of opening the conversation around mental health and that they will be encouraged to do so. I also hope that my book will inspire resilience and encourage patience because there are so many moments worth waiting for.’

Hardcastle is a born writer. This powerful memoir is just her first published book and she’s currently working on a novel for a major publishing house. Read our interview about her writing career here.

For educators, there are also teacher’s notes on the publisher’s website, which link the book to SOSE and Science topics as well as Language and Literacy.

There is a short contact/resource list at the back of the book. 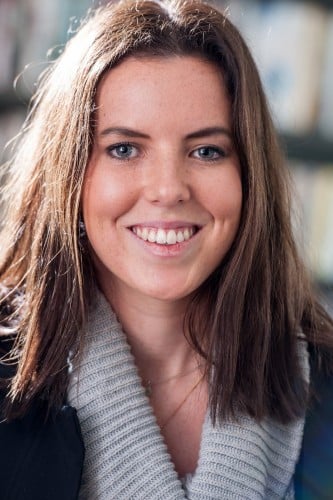 Sophie Hardcastle on Her Brave and Moving Memoir of Mental Illness 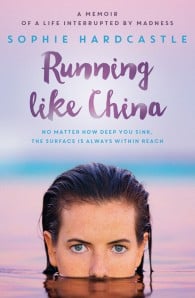 From a talented emerging Australian writer, a brave, honest, unforgettable memoir about mental illness that breaks the silence and shatters the taboos to give hope to all those struggling to find their way through.
'When I was eleven years old Mum told me, "One crowded hour of glorious life is worth an age without a name." Even before I heard these words I was always a child who crammed intense joy into tiny pockets of time.'One day Sophie Hardcastle realised the joy she'd always known had disappeared. She was constantly tired, with no energy, no motivation and no sense of enjoyment for surfing, friends, conversations, movies, parties, family - for anything. Her hours became empty. And then, the month before she turned seventeen, that emptiness filled with an intense, unbearable sadness that made her scream and tear at her skin. Misdiagnosed with chronic fatigue, then major depression, then temporal lobe epilepsy, she was finally told - three years, two suicide attempts and five hospital admissions later - that she had Bipolar 1 Disorder.In this honest and beautifully told memoir, Sophie lays bare her story of mental illness - of a teenage girl using drugs, alcohol and sex in an attempt to fix herself; of her family's anguish and her loss of self. It is a brave and hopeful story of adaptation, learning to accept and of ultimately realising that no matter how deep you have sunk, the surface is always within reach. 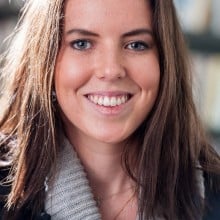 Sophie Hardcastle is an exciting young writer currently based on the Northern Beaches in Sydney. After writing her first (unpublished) novel at fifteen, Sophie was misdiagnosed with Major Depression the following year. She was admitted to hospital four times over the next two years. She completed her HSC while in hospital, and received an ATAR of 98.25, received a Premier's Award for All-round Excellence and was fast-tracked into Sydney University's Sydney College of the Arts. In 2013, Sophie was admitted to hospital again and diagnosed with Bipolar 1 Disorder.During the course of the next year she began to accept her chronic illness and realised nothing is safe, so she may as well do what she loves - writing. Sophie is determined to help change the lives of thousands of young people living with mental illness. She is working with Batyr, a not-for-profit agency that trains young people with mental illness to visit schools and universities to share their experiences and break the stigma surrounding mental illness. She is also working with Headspace to do the same. Sophie is now working on a novel while continuing her art studies. 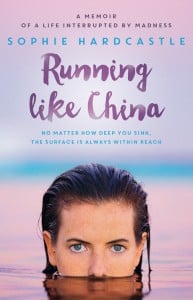