A timeless fantasy: Take a sneak peek at A Clock of Stars by Francesca Gibbons and Chris Riddell ‘Now, you slithering monster of the deep, prepare to  die!’

The knight charged. The giant sea slug bared its teeth and growled, moving to protect the treasure. But the knight was quick. Her sword plunged into the soft, slimy flesh of the monster.

‘Why do I always play the baddy?’

‘Marie! You said you would.’

‘No. That’s not the story. That’s not how I wrote it.  The knight kills the monster and reclaims the treasure  and they all live happily ever after.’

The sea slug began to peel off her costume. 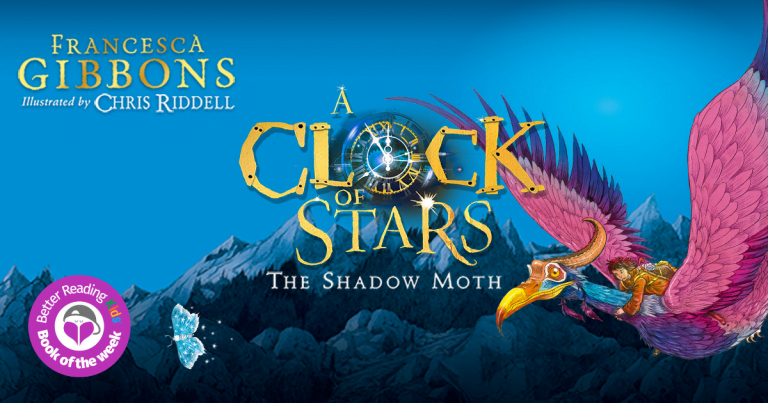 A magical new world: Read our review of A Clock of Stars by Francesca Gibbons and Chris Riddell 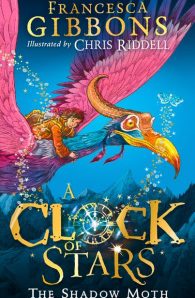 With all the magic of Narnia and the humour of Mary Poppins, this is a future middle grade fantasy classic – and the beginning of an unforgettable journey…Imogen should be nice to her little sister Marie. She should be nice to her mum's boyfriend too. And she certainly shouldn't follow a strange silver moth through a door in a tree. But then… who does what they're told?Followed by Marie, Imogen finds herself falling into a magical kingdom where the two sisters are swept up in a thrilling race against time – helped by the spoiled prince of the kingdom, a dancing bear, a very grumpy hunter… and even the stars above them.Thrilling, sharply funny, and with characters you will fall in love with, A Clock of Stars is a timeless fantasy from an astonishing new voice.

Francesca Gibbons has been telling tall tales for as long as she can remember. She had the idea for The Shadow Moth when she was a child. Now it's the first book in her middle-grade trilogy, A Clock of Stars, due to be published by HarperCollins in October 2020.Fran did most of her growing up in Staffordshire. She read English at the University of Bristol and now lives in the Cotswolds with her husband. She also works as a freelance copywriter. 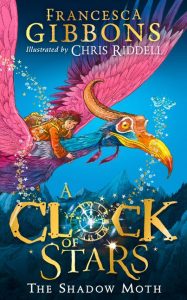