An unforgettable classic: Read an extract from Charlotte’s Web by E.B. White WHERE’S Papa going with that axe?’ said Fern to her mother as they were setting the table for breakfast.

‘Out to the hoghouse,’ replied Mrs Arable.

‘Some pigs were born last night.’

‘I don’t see why he needs an axe,’ continued Fern, who was only eight.

‘Well,’ said her mother, ‘one of the pigs is a runt. It’s very small and weak, and it will never amount to anything. So your father has decided to do away with it.’

‘Do away with it?’ shrieked Fern.

‘You mean kill it? Just because it’s smaller than the others?’ Mrs Arable put a pitcher of cream on the table.

‘Don’t yell, Fern!’ she said. ‘Your father is right. The pig would probably die anyway.’

Fern pushed a chair out of the way and ran outdoors. The grass was wet and the earth smelled of springtime. Fern’s sneakers were sopping by the time she caught up with her father. #10 in Australia’s Top 50 Kids’ Books 2021...This is the story of a little girl named Fern who loved a little pig named Wilbur and of Wilbur's dear friend, Charlotte A. Cavatica, a beautiful large grey spider. With the unlikely help of Templeton the rat, and a wonderfully clever plan of her own, Charlotte saves the life of Wilbur, who by this time has grown up to be quite a pig. A time-honoured classic favourite. 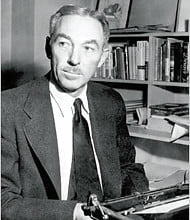 E.B.White, the author of twenty books of prose and poetry, was awarded the 1970 Laura Ingalls Wilder Medal for his children's books, Stuart Little and Charlotte's Web. This award is given every five years "to an author or illustrator whose books, published in the United States, have, over a period of years, made a substantial and lasting contribution to literature for children." The year 1970 also marked the publication of Mr White's third books for children, The Trumpet of the Swan, honoured by the International Board on Books for international importance. In 1973, it received the Sequoyah Award (Oklahoma) and the William Allen White Award (Kansas), voted by the school children of those states as their "favourite book" of the year.Born in Mount Vernon, New York, Mr. White attended public schools there. He was graduated from Cornell University in 1921, worked in New York for a year, then travelled about. After five or six years of trying many sorts of jobs, he joined the staff of The New Yorker magazine, then in its infancy. The connection proved a happy one and resulted in a steady output of satirical sketches, poems, essays and editorials. His essays have also appeared in Harper's Magazine, and his books include One Man's Meat, The Second Tree From the Corner, Letters of E.B.White, The Essays of E.B.White and Poems and Sketches of E.B.White.In 1938, Mr White moved to the country. On his farm in Maine he kept animals, and some of these creatures got into his stories and books. Mr White said he found writing difficult and bad for one's disposition, but he kept at it. He began Stuart Little in the hope of amusing a six-year old niece of his, but before he finished it, she had grown up.For his total contribution to American letters, Mr White was awarded the 1971 National Medal for Literature. In 1963, President John F. Kennedy named Mr White as one of thirty-one Americans to receive the Presidential Medal of Freedom. Mr White also received the National Institute of Arts and Letters' Gold Medal for Essays and Criticism, and in 1973 the members of the Institute elected him to the American Academy of Arts and Letters, a society of fifty members. He also received honorary degrees from seven colleges and universities. Mr White, who died on October 1, 1985, is survived by his son and his grandchildren.