Many of our favourite children’s books – be they current bestselling chapter books like the Treehouse series, or classic picture books like The Gruffalo – are the product of collaboration between an author (or authors) and illustrator.

So, how exactly do authors and illustrators work together? Here, we look at six wonderful partnerships:

1. Andy Griffiths and Terry Denton: The Treehouse books and others 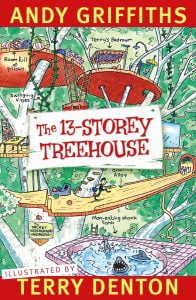 Griffiths and Denton have worked together for years, having first been introduced by their publisher.

In most cases a book’s text would be written first, and the pictures added later, but these days Griffiths and Denton collaborate throughout:

Griffiths told the Sydney Morning Herald: ‘[At first] I’d write the stories, which would take me 10 months, and he’d take about a month to go mad in the margins. But he would leave it till the last minute and occasionally he’d get me down to his studio and I would suggest things for him to draw … I could get him to draw anything! Then I said, “Let’s do a book where it’s just you and me making each other laugh”. And it felt just like we were at the back of the school classroom, where you should be doing proper work but you’re just drawing cartoons and killing yourself laughing at your own ingenuity.’

The stories and illustrations in the Treehouse books mesh completely – one would not work without the other. And the creators’ alter-egos, ‘Andy’ and ‘Terry’ are characters in the story, who just happen to write books together.

Griffiths: ”It’s all very close to reality with, obviously, a bit of exaggeration. It all started from there – capturing the reality of trying to put a book together, which is the distraction of going off track.”

2. Jackie French and Bruce Whatley: the Diary of a Wombat books and others 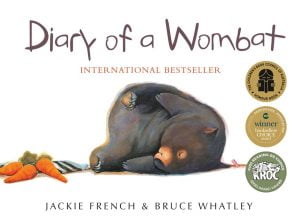 We simply can’t imagine anyone but Bruce Whatley creating images of Mothball the wombat. His illustrations show her as a complete, appealing, character – with such expressive eyes!

Jackie French says, ‘I still feel extraordinary delight every time I open [Diary of a Wombat]. How could Bruce Whatley have known exactly what Mothball is like? Stroppy, bad-tempered, totally self-centred, and sometimes a bit smelly too – and enormous fun to live with.’ 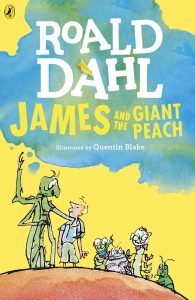 Roald Dahl and Quentin Blake were also paired up by their publisher, first for the picture book The Enormous Crocodile (published in 1978) and then the novel The Twits.

By that time, Dahl was already an established and hugely popular children’s author. Better Reading’s Children’ Specialist, Liz Bray, says: ‘As a child of the 70s/80s, I actually read Dahl’s work without the Blake illustrations – it was only after Dahl’s death that Quentin Blake was asked to go back and illustrate the earlier stories that were my childhood favourites, including James and the Giant Peach, Danny the Champion of the World and the Charlie stories.

‘And yet, somehow, the pairing of this author and illustrator has been so successful – and so strong – that Blake’s scratchy, angular illustrations – and his wonderfully grotesque adult characters like The Twits – are completely and indelibly linked with Dahl in my mind.’

How did they work together? Blake told the Express newspaper that ‘I imagine our views about a whole lot of things would not have been the same at all but we understood the comedy and he pulled me into doing things which were more caricature than I would probably have done otherwise.’

Apparently, Dahl once sent Blake one of his sandals in the mail, to give him an idea of what The BFG would wear on his feet! 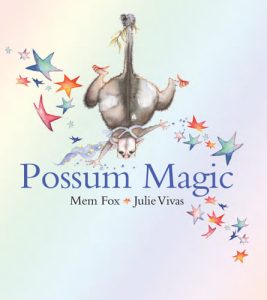 Fox and Vivas have both collaborated with many other book creators over the years but the two books they worked on together – Possum Magic and Wilfrid Gordon McDonald Partridge – remain icons of the Australian picture book scene.

Unusually, Fox and Vivas prepared the initial text and illustrations of Possum Magic together, prior to submitting the book to publishers. In that initial version, the characters were mice, not possums!

Fox recalls: ‘I learned later than one should never include artwork with a manuscript: the publisher finds the illustrator in 99.9% of cases. Julie Vivas did several glorious paintings, which I sent with the story to nine different publishers over five years. Hush the Invisible Mouse was rejected nine times over those five years, which was extraordinarily discouraging, needless to say…The tenth publisher: Omnibus Books in Adelaide, accepted it but asked me to cut the story by two thirds, re-write it more lyrically, make it even more Australian and change the mice to a cuddly Australian animal. I chose possums. (Australian possums are very soft and cute.) Poor Julie re-did all the illustrations.’

5. Julia Donaldson and Axel Scheffler: The Gruffalo and Others 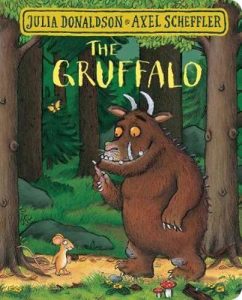 For us, the rhyming texts of The Gruffalo, Room on the Broom and The Snail and the Whale seem inseparable from Axel Scheffler’s intensely-coloured illustrations, featuring large-eyed, completely engaging characters.

But Donaldson and Scheffler don’t work together exclusively – at times Scheffler will turn down the offer to work on a Donaldson book – and their collaboration is relatively ‘hands-off’. Donaldson says ‘I write a story and send it to the publisher. Then the publisher sends it to Axel to illustrate. I do get to make comments on his rough sketches but try not to interfere too much – and anyway, I wouldn’t want to as they’re always so funny and brilliant.’

6. Anna Fienberg, Barbara Fienberg and Kim Gamble: The Tashi stories and others 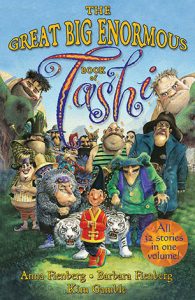 Each book in the Tashi series combines cheeky, clever, adventurous stories with detailed illustrations, generally in black and white but occasionally in colour.

Other people have drawn Tashi, notably the animators of the recent Flying Bark cartoon series and illustrator Geoff Kelly, but his unique ‘look’ and the beautiful details of his world are absolutely Kim Gamble’s creations.

Anna Fienberg and Kim Gamble have worked closely for years, performing at festivals and school visits as well as creating books. So while Fienberg’s text does always come first – Anna cooks up the Tashi tales with her mother, Barbara, and it’s only when the manuscript has been delivered to the publisher and been through a round of editing that Gamble starts work on it – both author and illustrator acknowledge the subtle, layered influences they’ve had on each other.

The initial Tashi text gave only a loose description of the marvellous Tashi, and very little detail about what Tashi’s world actually looked like. It was Kim who formulated the details of the Tashi we recognise now with his curled-up hair, red jacket and gold earrings.

As he told 2SER, ‘He wasn’t going to be just any 10 year old boy, and with a name like Tashi, he had to come from some part of Asia. And that gave me license to create any kind of background I wanted, so I was in heaven.’

Fienberg responded: ‘It was such a surprise, and yet it was so right it seemed inevitable. And I think the fact that Tashi looked so magical, gave us the sense of its possibilities. I think we might have had more limits on it in the real world if he hadn’t shown us visually that he could be anything, that he could extract magic from the universe. So I think that in that way fundamentally influenced where this series went then.’

Please tell us about your favourite author-illustrator team in the comments below. And if you like this story, please consider sharing it using the social buttons.