The hero of this story is Kate, who’s 11 and a little bored with her humdrum suburban existence. Fortunately, she has a mysterious uncle named Herbert who gives her an unusual birthday present: a giant real-life steam train called The Silver Arrow. The train turns out to be part of a worldwide invisible railway that serves animals who are in trouble, a bit like the Knight Bus in Harry Potter. We should all have mysterious uncles!

There are a lot of things — really you see something every day. Last year I read about a mission to the bottom of the Mariana Trench, the deepest point in the world’s oceans. The scientists found a plastic supermarket bag down there. You just can’t get away from it.

In terms of the environmental issues, I wanted to proceed cautiously. It’s a really politicised issue, so you want to stick to the facts, and zealously vet your sources. In terms of the animals, I just followed my nose. I mean what exactly does happen to you after you’re bitten by an eastern green mamba, one of the most venomous snakes in the world (and also one of the fastest)? What is the connection between Shakespeare and the invasion of North America by European starlings? Animals just get more interesting the closer you look.

My one rule for writing for kids was never to talk down to them and never lie. Kids don’t know everything grown-ups do, but they’re just as smart, and they’re very, very alert to dishonest and half-truths. They can smell them. They’re also incredibly alert readers—they miss nothing, and they remember everything. They’ll punish you for any mistakes, but they reward you so, so much for everything you do right.

Sometimes you look at other writers and the amazing things they do and just think, what’s the point? I’ll never be able to do that! Why am I even trying?! When that happens I try to remember something a famous writer once said, which is that it’s OK for a writer not to do everything. You don’t have to punish yourself for things you can’t do. If you have one strength as a writer, just one thing you do well, that’s enough.

There’s a lot of this world that we haven’t explored yet. We know so little about how the invisible railroad works, who the other trains and drivers are. There may well be an invisible submarine service too, and an invisible airline too. There may even be an evil train out there. Meanwhile, Kate and Tom are growing and changing. And there are so many more animals! I want to do wolverines!

There are so many! Roald Dahl, E.B. White, Enid Blyton … probably the biggest influence was Hazao Miyazaki’s movies, especially Spirited Away. Once, when I was a professional journalist, I was assigned to interview Miyazaki, and I was so moved I started to cry in the middle of it. It was extremely embarrassing. But I got the impression he was used to it.

Like a lot of writers I always have a few different projects going at once. The next one people will see will probably be a movie I wrote called The Map of Tiny Perfect Things, which is about two teenagers who are stuck in a day that repeats over and over again. They talk a lot and fight a lot, and of course, they fall in love. It’s my first movie, and the first thing I’ve written for teenagers, so that was an adventure. We shot it this spring, but we had to stop because of the virus … there’s one more scene left to shoot

I love Australia! My wife is from Sydney—she grew up in Paddington—and we try to go back every year. We always go to the zoo, where I saw my first fishing cat, who became a character in the book. I’m desperate to go to Tasmania, and Byron Bay, I am a major fan of fairy penguins and quokkas. I haven’t seen a thorny devil yet, but I’m looking forward to it. 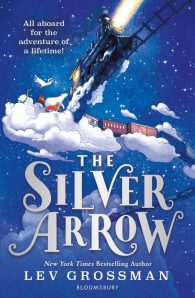 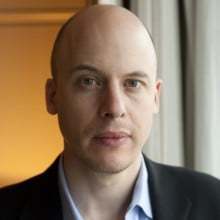 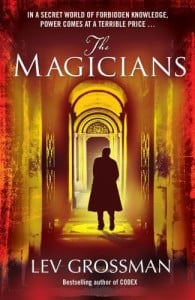 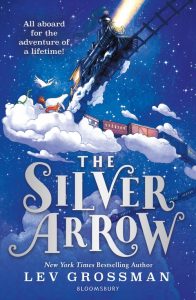