Hilarious and heartfelt: Read our review of The Odds by Matt Stanton Kip is a shy young girl living in a big, bustling city with her father. Their home is her sanctuary. She likes to keep a low profile and practices being invisible. Her father creates graphic novels and works from home. They both miss Kip’s Mum, who has died.

Kip’s school is a slightly overwhelming environment, where other kids are often mean, self-centred, and pushy. Kip would rather be anywhere but in her classroom. She is dreading the day she must take her turn to talk to the class about what makes her unique.

One morning she wakes to find a cast of ten cartoon characters in her bedroom… and she isn’t dreaming! They are characters from Kip’s imagination and memories, and they have come to life. This creates a series of dilemmas for Kip. She must go to school, but they wreck the house while she is away. Should she let them loose, out on the street? A dinosaur, a unicorn, a ninja on a mission, a soccer player, an avatar racer from a video game – these are just some of the weird characters that would create mayhem if they were let loose. Although Kip and her Dad try to help the characters find a way back to their worlds, it seems impossible.

It’s all a bit too much for Kip. Kip advises The Odds to hide: “Trust me. Nothing bad can happen if you hide.” Kip’s father advises “If you start running away from hard things you never stop running”.

Ultimately Kip decides that she wants them all to stay because they are her friends. She takes them to school for her talk about uniqueness and introduces them to her class. What will happen next? Not fitting in and being a bit special looks like fun. Fitting in and being normal looks pretty boring!

This book is the first in a graphic novel series, so we can be assured of some wildly creative adventures for The Odds and Kip, with excellent illustrations that add tremendously to the story, enhancing the reader’s comprehension and imagination.

The old prejudices that existed about graphic novels and their “worthiness” in children’s reading have been left behind in the 1980s. The evidence shows that visual literacy is something that this generation of readers must continue to develop since they live in an increasingly visual world.

Matt Stanton holds a very special place in the kids lit scene with his highly successful Funny Kid series, picture books and YouTube channel for kids. He has an uncanny ability to address topics that cause anxiety for children, injecting them with humour and pathos.

This is the first book in a new series, introducing us to the characters and Kip’s world. It is perfect for independent readers 7+ and a highly engaging read for a parent to share with a reluctant reader too. Wild imagination: Read an extract from The Odds by Matt Stanton 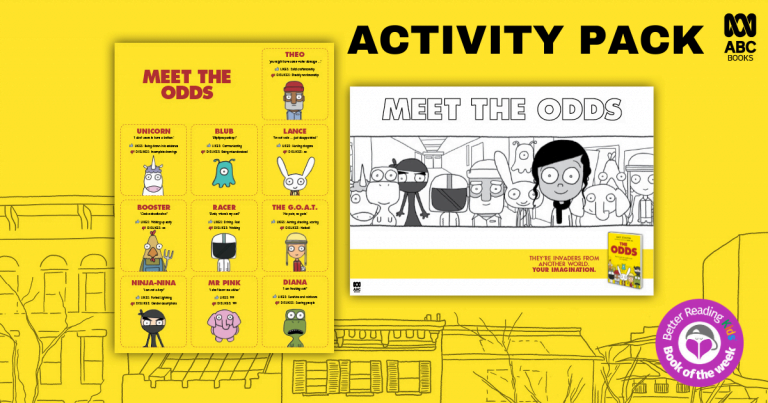 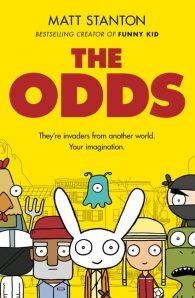 They're invaders from another world. Your imagination. Kip is a quiet kid in a loud city. She's easy to miss and that's the way she likes it. Then, one day, Kip's quiet life is suddenly interrupted. Ten of her favourite characters have stepped out of their worlds and into hers. But what happens when a dragon-hunting rabbit leaves his comic strip? When an old man leaves his picture book? When a ninja leaves her TV show, a race-car driver leaves their video game, and a dinosaur turns up from Kip's nightmares? From million-copy bestseller, Matt Stanton comes the start of a hilarious and heart-filled graphic novel series about identity, imagination and discovering who you are. Meet the Odds ... because fitting in is overrated.