Kids’ Book of the Week: Telophy by Wanda Wiltshire 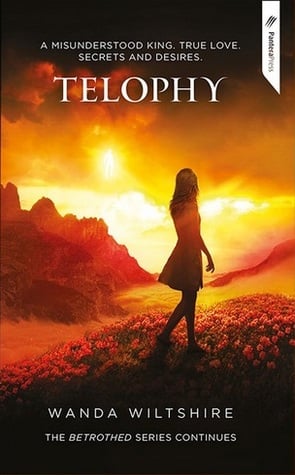 When we spoke to YA author Wanda Wiltshire at Supanova, she asked, “who doesn’t want wings?” After reading the Betrothed series, we can promise you that you too will be wishing for wings and to be a part of the magical world of Faera that Wiltshire has created.

The Betrothed series begins with the eponymous title set in modern day Earth. The main character, ordinarily named Amy Smith, has always believed that this is where she belonged. Seventeen years old, she has severe allergies, struggles in her school, and has fragile health, and she’s adopted. Life’s certainly not easy for this girl, but when she begins having strange dreams, everything changes. Her nights become shrouded in black, and through the fog, she hears an ethereal voice calling for ‘Marla.’ Not knowing who this is, she continues on her everyday life.

But after the fae prince Lief reveals himself to her in her dreams, she discovers she is Marla, not ordinary old Amy Smith. Lief has wings, can speak to her telepathically, and is heir to the kingdom of Faera, which is under threat by the Shadow Fae. Urging her to seek her true identity and claim her role in Faera, Lief becomes more irresistible every night in her dreams, but Amy is confused – isn’t this all just a dream?

Spoiler alert: it’s not. Over the next three books, Marla/Amy is pulled into all manner of adventures between the two worlds. Through her dreams and through the night, Marla visits Faera and falls evermore for Prince Lief, winged prince. But when she wakes up, she seems to forget all about him. After Betrothed, Wiltshire weaves a dynamic tale that moves effortlessly between Earth and Faera. However, as the books continue, the lines between worlds become more and more blurred, and soon those Marla loves will be caught in the crossfire between Light and Dark.

The series continues with Allegiance and Confused, and now Wiltshire has released the rabidly awaited by fans Telophy. The fourth is her most daring yet, truly merging the two worlds together. We get to meet more characters, including mysterious and previously unreachable King Telophy, and understand more about the world of Faera

and its magic. Perhaps most thrillingly, the battle between the Fae and the Shadow Fae continues, and romance blossoms despite the war. You’ll be left gripping the pages tensely as Wiltshire weaves a dynamic battle between good and evil.

Wiltshire has created a fantastically imaginative world. When we spoke to her, she told us that she literally woke up one morning with the world of Faera formed in her mind. She sat down and began to write, and all of this just came into her head. The limits of imagination don’t exist in these books, but for all the fantasy, the characters are realistically grounded and relatable. For teen girls especially, Amy/Marla is an inspiring character, perfect for anyone struggling through high school – a tough time for all, even without the Shadow Fae.

While you do need to read the previous books in the series to understand Telophy, we can definitely guarantee you’ll be addicted to them in no time. We recommend the Betrothed series for ages fourteen and up. 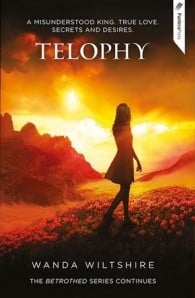 Defeated by shattering news after only just surviving the Shadow Fae, Marla abandons both Faera and her future role as Queen. With King Telophy's aid, she returns to Earth, to the human family she knows and loves. But nothing is ever simple. With their immortality looming, Marla and her twin Lysander are soon plunged into a world they never new existed, a world of magic, violence - and lust, where a simple mistake could have devastating consequences. Meanwhile, the Shadow Fae are causing havoc on a breathtaking scale with Marla's loved ones facing dire peril. 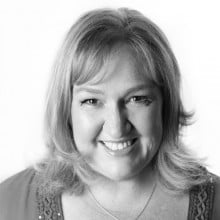 Wanda Wiltshire has long been a lover of reading and writing. As a child she was often found spellbound with a novel stashed beneath her desk or tucked between the pages of her geography book. Alternatively she could be found sketching or penning poetry during maths and science lessons.Wanda has also always been an incurable dreamer, her school reports a testament to her pastime of staring out of classroom windows.But now she is long grown and ﬁnally found her passion for writing novels, Wanda puts her daydreaming to good use, spending many long and satisfying moments gazing across the sea cavorting with fairies and other magical creatures as she develops scenes and storylines for her latest work.Betrothed is the ﬁrst in Wanda’s young adult fantasy series.It is the exciting story of a girl caught between two worlds — Earth and the enchanting land of Faera. 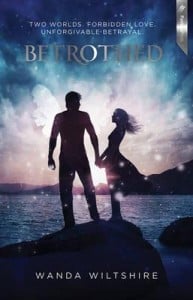 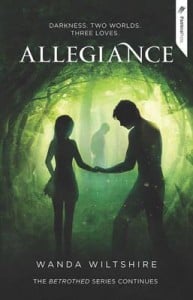 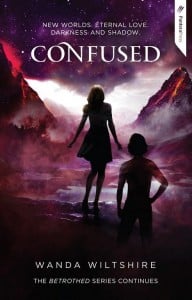 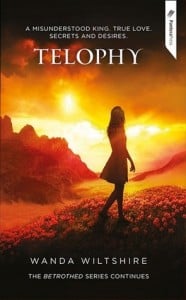