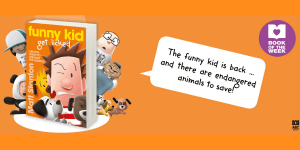 That’s not the only problem, as Max rapidly realises he hasn’t prepared for an assignment due on endangered animals. Rising to the challenge he launches into a campaign (a very hastily thought-up one) to fundraise for endangered pandas and it looks like everyone is going to be working hard to ensure that Max will run the best fundraising campaign in school.

This book is a lot of fun to read and the highly entertaining illustrations are the perfect way to draw kids in. Filled with characters such as canteen lady Doris, studious Abby, clueless Hugo and George Khan along with Max and his friends, Funny Kid: Get Licked delivers the laughs.

Matt Stanton is the author and illustrator of this best-selling kids’ series and Funny Kid has been compared to Diary of a Wimpy Kid, Tom Gates and Weirdo, so if your 8+ reader enjoys these then you know what they should read next.

Author Matt Stanton is a very busy guy and if kids like the series then he also has a YouTube channel they can take a look at where he does things like drawing, launching books from a drone and much more.

Purchase a copy of Funny Kid: Get Licked | Read an extract | Read more from Matt Stanton

Matt Stanton is a bestselling children’s author and illustrator, with more than half a million books sold. He is the co-creator of several bestselling picture books, including the mega-hits There Is a Monster Under My Bed Who Farts, and This Is a Ball. He launched his much-anticipated middle-grade series, Funny Kid, around the world in 2017. The first book in the series, Funny Kid for President, debuted as the #1 Australian kids’ book, and Funny Kid is fast winning legions of fans around the world. He lives in Sydney with his wife, bestselling picture book creator Beck Stanton, and their three young children. 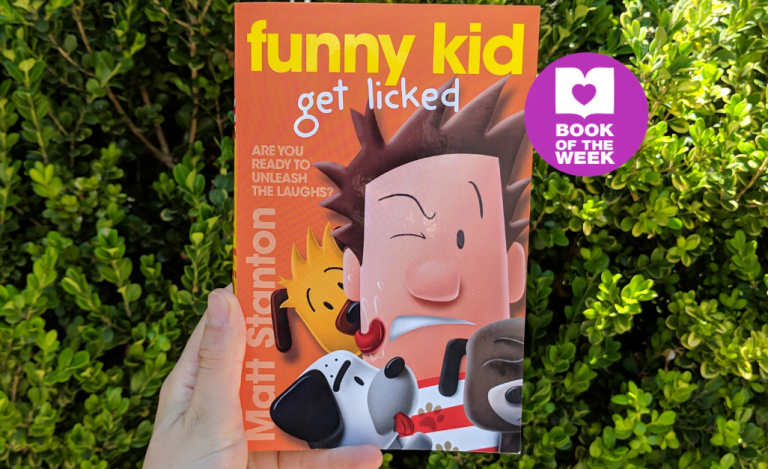 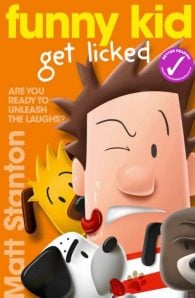