Emotional, raw, captivating. The Last Days of Us is a coming of age story that is hard to put down and impossible to forget. A book that crosses from the YA genre to speak directly to the heart of anyone who has ever been shattered by the loss of a loved one and has no idea how to even begin to pick up the pieces.

Beck Nicholas’s inspiring tale begins with a group of teenagers, a derelict Kombi and a road trip to Melbourne to see a live gig. Six months earlier, Zoey’s life went completely off the rails after the tragic loss of her brother, Dan. The loss has been not only heartbreaking for Zoey, it’s poisoned her closest relationships. In the meanwhile, Zoey has gone from brown hair, to bleached yellow and pink, to blue, and to party after party. She’s pushed the self-destruct button.

But when Zoey’s behaviour reaches danger new heights she realises she needs to pull herself together. There’s just one complication, Zoey’s estranged best friend Cass, her once  go-to source of wisdom and advice is now dating her ex-boyfriend Finn. Now that Cass and Finn are together, Zoey finds herself on the outer until they are all invited on a road trip to see musician ‘Gray,’ with Finn’s bad-boy cousin Luc and his rambunctious little sister Jolie.

What begins as a subtle attempt to win back Finn’s affections becomes more important than she ever could have predicted, setting Zoey on a path of self-discovery while her friendship with the ultra-handsome Luc develops into something else.

In Luc and Jolie, Zoey finds comfort and company where her former friendships cast long shadows back to feelings of loss and bitterness. But before long Luc reveals a secret about his sister’s health which hits close to home for Zoey, and the mood of the trip changes.

The bond between Luc and Zoey grows stronger and when tragedy eventually strikes with the boisterous Jolie, they look to each other for support.

The Last Days Of Us is a moving and deeply human story of grief and the importance of friendship in the darkest of times. Nicholas captures the wit and charm of teen frustration with a cast of believable characters and some sparky dialogue. It’s a story that recognises the courage of youth, their vulnerability and how perseverance and love can win the day.

‘This book has a huge chunk of my heart in it,’ wrote Beck Nicholas.

Grab a copy here, take the quiz, and read a piece from Beck here. 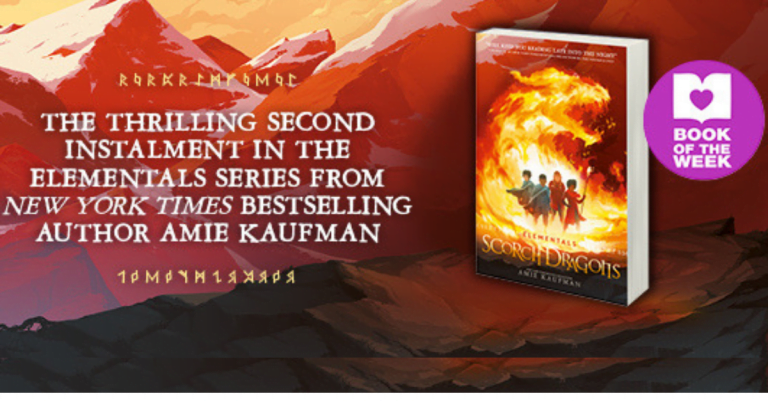 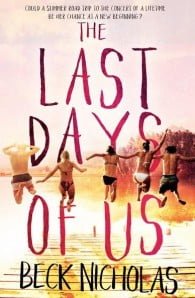 On one unforgettable road trip, Zoey faces her greatest loss and learns self-acceptance, while finding love along the way. This emotional coming-of-age story will resonate with anyone who's ever messed up, fallen in love, or taken off on an adventure.

Five teens, one derelict Kombi and an unforgettable road trip…Six months ago, Zoey's life went off the rails. After the tragic loss of her brother, she partied her way to oblivion, estranged her best friend, Cass, and pushed away her now ex, Finn. But when her destructive behaviour reaches dangerous heights, Zoey realises she needs to pull herself together and get her old life back, including her ex. There's just one complication: Finn is now dating Cass.Now, it's the last week of summer and Zoey, Cass and Finn are setting out on the road trip of a lifetime to see their favourite musician, Gray, perform live, joined by Finn's infuriatingly attractive bad–boy cousin Luc and his vibrant younger sister Jolie. Zoey thinks this is her chance to put things to rights and convince Finn they should get back together. But she wasn't counting on her friends' lingering resentment, Luc's disarming sincerity, and Jolie's infectious love for life to turn her plans upside down.This emotional coming–of–age story will resonate with anyone who's ever messed up, fallen in love, or taken off on an adventure. 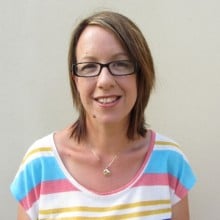 Beck Nicholas always wanted to write. Since studying science at university, she’s worked as a lab assistant, a pizza delivery driver and a high school teacher, but she always pursued her first dream of creating stories. Now, she lives with her family near Adelaide, halfway between the city and the sea, and she’s lucky to spend her days (and nights) writing young adult fiction. When she’s not writing, Beck will most likely be found reading or watching sport (since participating is beyond her coordination levels). In the early morning, before the day of writing, kid wrangling and reading begins, she runs. When it’s just her and the road (and her protesting muscles) she lets the characters in her head share their problems and a story begins. 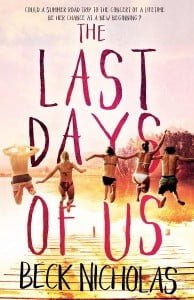 The Last Days of Us