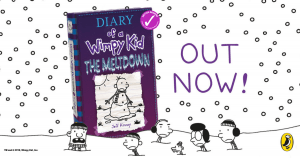 Diary of a Wimpy Kid fans will be beside themselves with excitement that Diary of a Wimpy Kid #13: Meltdown has just been released. We would suggest a quick trip to the bookshop or to reserveit at the library asap, as there will be a wave of little (and big) fans who just can’t wait to get their hands on it.

So many kids (and adults – just admit it) love Greg, Roderick, Rowley and the rest of the hilarious characters that come from the mind of Jeff Kinney. Who hasn’t trotted out a line from cynical Greg, innocent Rowley, social outcast Chirag or hygienically challenged Fregley?

Jeff Kinney appears to have the magical skill of being able to tap in to exactly what middle school and increasingly older readers (who started their love of the series when it first came out and can’t let it go) love and loathe. If your kids haven’t already discovered this series or if they are just coming up to 8-10yrs then just save yourself some time and buy or borrow several books in the series in one go, as they won’t be able to put them down – perfect for the summer holidays ‘to read’ list.

However, you don’t have to take our word for it: Jeff Kinney is a #1 New York Times bestselling author, six-time Nickelodeon Kids’ Choice Award winner for Favourite Book and was named one of Time magazine’s 100 Most Influential People in the World. All because of the Diary of a Wimpy Kid series.

Read our full review | Purchase a copy of The Meltdown

Jeff Kinney is a #1 New York Times bestselling author and six-time Nickelodeon Kids’ Choice Award winner for Favorite Book for his Diary of a Wimpy Kid series. Jeff has been named one of Time magazine’s 100 Most Influential People in the World. He is also the creator of Poptropica, which was named one of Time’s 50 Best Websites. He spent his childhood in the Washington, D.C., area and moved to New England in 1995. Jeff lives with his wife and two sons in Massachusetts, where they own a bookstore, An Unlikely Story. Warm, Vibrant and Timely: Review of You Must be Layla by Yassmin Abdel-Magied Playground Story, Universal Message: Read an extract from You Must be Layla by Yassmin Abdel-Magied 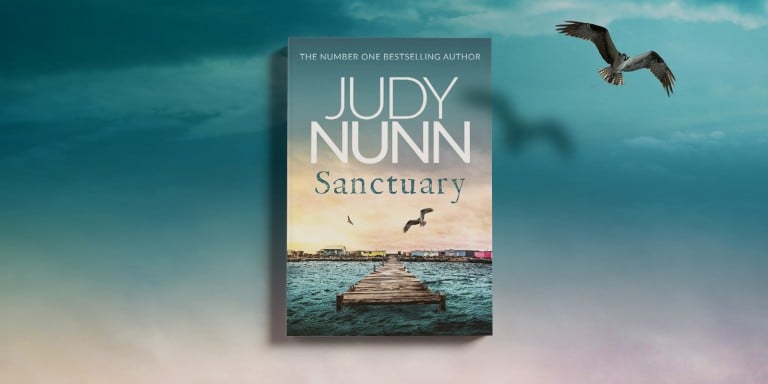