In today’s saturated world of crime and mystery books, it’s becoming increasingly difficult to pick what to read, and, with so many offshoots and familiar narratives, it’s tough to find a guaranteed good read with plenty of chills and suspense.

Thankfully, thriller writers, such as Karen Rose, are at the top of their game, writing deeply interesting plots with distinctive twists. And, in Rose’s case more than a frisson of romance.

When it comes to romantic suspense, Rose reigns supreme. No other thriller writer can make you feel the way she does. Readers be warned: Death is Not Enough is a high-octane romp that will draw you in and spit you back out. This novel is a gruesome and unapologetic thriller not for the faint-hearted.

The novel – number six in Rose’s blockbuster Baltimore series – follows the entwining stories of best friends, Gwyn Weaver and Thomas Thorne, two high-profile defence lawyers and business partners who have always admired each other from afar. They have no idea what fate has in store for them. . .

Although they’re both utterly professional, Weaver and Thorne’s conflicted feelings are gradually unravelling. After four years, Thorne thinks the time may be ripe to let down his guard, while Weaver who is still battling her personal demons is undoubtedly sexually attracted to Thorne. One night, frustrated by the unspoken tension between them, Gwyn makes her way to Thomas’ apartment — but nothing could have prepared her for what she discovers: the iron tang of blood hangs in the air and Thomas is lying unconscious in his own bed beside a lifeless woman with no face. So begins a mysterious campaign of brutal revenge that catapults the two lawyers into the public eye, and darkly into the past.

The Thorne she knows and trusts implicitly couldn’t possibly have committed the horrible crime so Gwyn sets out to clear his name as public vilification mounts against him. Has Thomas really been framed, or are Weaver’s emotions clouding her judgment? Such a shame she can’t repress those unfortunate feelings for him, either.

The duplicity of lovers and revenge have been forever imprinted on the minds of fiction writers, but never has a thriller managed to create a suspense so effortlessly complex and unguessable. Karen Rose’s greatest skill is the ability to unspool her mysterious plots without making the reader feel as though they’re being toyed with, or that information is being intentionally withheld throughout.

Rose’s writing is clean and economic, as it should be for readers to venture through this mighty 500 page read. Anyone who is tired of the done-and-dusted crime thriller will rejoice with Death is Not Enough. And considering Rose’s track record, we will have plenty more beauties to read in the future. 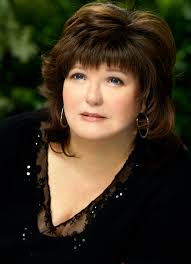 Karen Rose’s debut suspense novel, Don’t Tell, was published in July 2003. Since then, she has published more than fifteen novels and two novellas.

Her books have appeared on the bestseller lists of the New York Times, USA Today, London’s Sunday Times, and Germany’s der Spiegel, and the Irish Times.

Her novels I’m Watching You and Silent Scream received the Romance Writers of America RITA award for Best Romantic Suspense for 2005 and 2011 respectively.

A former high school teacher of chemistry and physics, Karen lives in Florida with her husband of more than twenty years, two dogs, and a cat.

Purchase a copy of Death is Not Enough 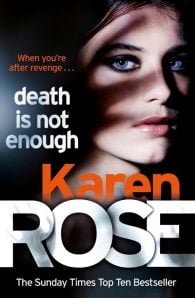 A ruthless gang leader. A deadly vendetta. A dark past exhumed... Karen Rose returns with the break-neck follow-up to Monster In The Closet, and the sixth book in the heart-pounding Baltimore Series.Gwyn Weaver is as resilient as anyone could be. Having survived an attempted murder, she has rebuilt her life and reclaimed her dignity and strength. She's always known about her feelings for defence attorney Thomas Thorne, but as her friend and a colleague there could be no chance of anything more... or could there?Thorne has known violence and pain all his life. He's overcome the hardships thanks to his own steel, and the love of his loyal friends. Now he's thinking it might finally be time to let his guard down, and allow himself to let in the woman he's always admired from afar.Then Thorne's whole world is torn apart - he is found unconscious in his own bed, the lifeless body of a stranger lying next to him, her blood on his hands. Knowing Thorne could never have committed such a terrible crime, Gwyn and his friends rally round to clear his name.But this is just the beginning - the beginning of a brutal campaign to destroy Thorne, and everything he holds dear...

A former high school chemistry and physics teacher, Karen lives in Florida with her husband of twenty years and their children. When she's not writing, Karen enjoys traveling, karate and, although not a popular Florida pastime, skiing. 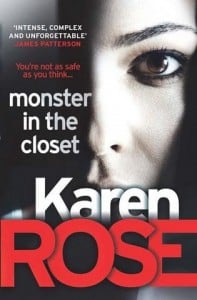 The Monster in the Closet 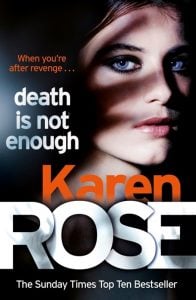 Death Is Not Enough 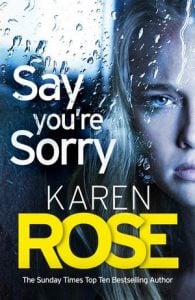 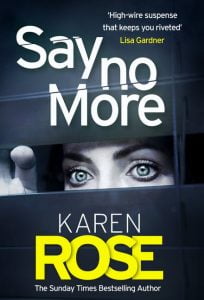