‘On the first trip, we enjoyed long days of crystalline brightness; on the second, relentless wind, sleet that stung the skin, and such brief hours of daylight that we sometimes didn’t notice them.’

Can you think of anywhere more different to the wide brown land we call home than Iceland, that strange and mysterious island with its bloody chronicles of Vikings during the Middles Ages, volcanoes encased in glaciers and a sublime beauty that has inspired poets throughout the ages?

A book like no other, Saga Land embraces four different kinds of sagas: the classic family sagas of Vikings in tenth-century Iceland; the stories of one man, Snorri Sturluson, who wrote tales during the thirteenth-century; the whisperings of the past that Richard and Kári picked up along the way; and Kári’s own family saga.

Iceland, the mystical island at the top of the world, has been a source of literary wonder for some great writers such as Jorge Luis Borges and W.H Auden. From the origins of the capital Reykjavik to rumours of intercontinental pilgrimages, the early history of Iceland is rich in mythical stories.

Richard applies his natural curiosity and journalistic skills to unearthing tales of this far-away land. Equal parts history and folklore, Saga Land is sometimes a blur of the two. Kári’s family story is as compelling as it is tender. In a sad turn of affairs, his mother has an affair with a married Icelandic man who makes her swear to keep the identity of her child hidden from his family. Many years later Kári returns to Iceland on a university scholarship for his PhD in Icelandic literature, and while in Reykjavik he must decide whether to preserve his mother’s secrecy, or contact his Icelandic step-family to tell them of his existence.

Swapping chapter-by-chapter, Richard and Kári bring their own voices to Saga Land. Richard’s chirpy style and wide-eyed fascination makes him the perfect guide, while Kari’s story is more personal, infused with more drama, much of which will irrevocably change his past and his future. Kári’s writing is ripe with all the poetic romanticism we’ve come to adore from Icelandic artists whereas Richard is a natural born storyteller.

There are tales of blood feuds, of dangerous women and people who are compelled to kill the ones they love most. There’s fierce beauty as these good friends travel across the starkly stunning landscape. And there is another mission: to resolve a longstanding family mystery.

Reading Saga Land is like having both men sitting around a table with us, sharing their wonderful tales – storytelling at its best.

Richard Fidler presents ‘Conversations with Richard Fidler,’ an in-depth, up-close-and-personal interview program broadcast nationally on ABC Radio. One of the most popular podcasts in Australia with over three million downloaded programs every month, it was at a radio interview that the authors met and immediately hit it off. Richard is the author of the bestselling book, Ghost Empire.

Kári Gíslason is a writer and academic who lectures in creative writing at QUT. Kári was awarded a doctorate in 2003 for his thesis on medieval Icelandic literature. He is the author of The Promise of Iceland and The Ash Burner. As well as memoir and fiction, he also publishes scholarly articles, travel writing, and reviews.

Grab a copy here, start reading here, read a Q&A with Richard and Kári here, and read about their favourite myths here. 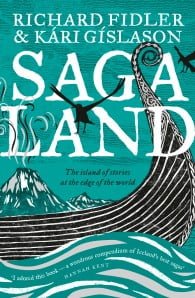 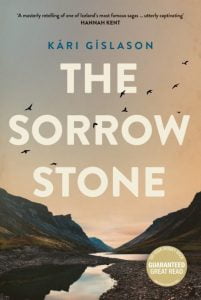 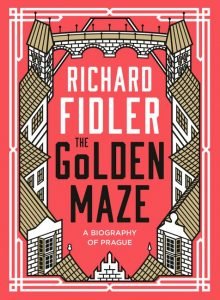