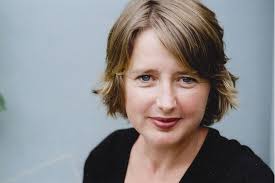 The Loss of a Great Australian Writer

We were deeply saddened to hear of the death of Australian novelist Georgia Blain who was diagnosed with a brain tumour last year. The author of Closed for Winter, Candelo and most recently Between a Wolf and a Dog holds a special place in our hearts at Better Reading, mine in particular.

In my work as website editor for Better Reading, I conduct many interviews with authors but Georgia was the first writer I ever interviewed. It was way back in 1999, Georgia had just written her second beautiful novel, Candelo. She was a new mother to her daughter, Odessa, a little tired therefore, while I was a slightly younger woman fumbling with my dictaphone at her small flat in Coogee.  I’d read the book and carefully prepared my questions, but I was wary of asking about her mother, the broadcaster and writer Anne Deveson* (how tiresome it must be for a writer to answer questions about their writer mother), and about her brother Jonathan who died from a drug overdose after suffering from schizophrenia (how awful it must be to be reminded of such things) and yet because of the content of the book we were discussing, I wouldn’t be doing my job not to address those questions. I need not have worried; of course she was ready to answer those questions. Georgia was charming, thoughtful, welcoming, and afterwards, she told my editor at the newspaper that my piece had got the book in a way that no other interviewer had, inspiring me to continue interviewing authors.

I hadn’t seen Georgia again since that interview but followed her work and was dismayed to hear of her battle with a brain tumour which she so compellingly and heartbreakingly chronicled in her columns about the tumour, The Unwanted Guest, for The Saturday Paper. “All I know is that it’s been as good as it’s going to get. I am on the decline, and it would take a miracle to halt that trajectory,” she said in a recent column about euthanasia.

How sad to hear of Blain’s death just as her latest novel, Between a Wolf and A Dog, continues to receive so much acclaim. I’ve already seen it cited in numerous best books of 2016 lists, it’s been nominated for a Victorian Premier’s literary award and just today it made the longlist of the Independent Booksellers Awards, nominated for Best Novel. Though recognised in many awards over the years for her fiction an.d also her memoir, Births Deaths Marriages, with this latest novel let’s hope Georgia Blain receives even more of the recognition she so deserves. Blain was just 51 when she died, two days short of her 52nd birthday. She leaves a partner, Andrew, and a daughter, Odessa.

To read more about Georgia Blain:

Georgia Blain: How she is coping with two new books and a battle against cancer by Charlotte Wood in the Sydney Morning Herald

Between a Wolf and a Dog review: Georgia Blain’s cool-eyed look at family crises in the Sydney Morning Herald 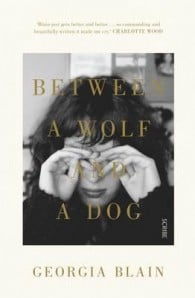 Outside, the rain continues unceasing; silver sheets sluicing down, the trees and shrubs soaking and bedraggled, the earth sodden, puddles overflowing, torrents coursing onwards, as the darkness slowly softens with the dawn.Ester is a family therapist with an appointment book that catalogues the woes of the middle class. She spends her days helping others find happiness, but her own family relationships are tense and frayed. Estranged from both her sister, April, and her ex-husband, Lawrence, Ester wants to be able to let herself fall in love again. Meanwhile, April and Lawrence are battling through their own messy lives, and Ester and April's mother, Hilary, is facing the most significant decision she'll ever have to make.Taking place over one rainy day in Sydney, and rendered with the evocative and powerful prose Blain is known for, Between a Wolf and a Dog is a novel about dissatisfactions and anxieties in the face of relative privilege. Yet it is also a celebration of the best in all of us — our capacity to live in the face of ordinary sorrows, and to draw strength from the transformative power of art. Ultimately, it is a joyous recognition of the profound beauty of being alive. 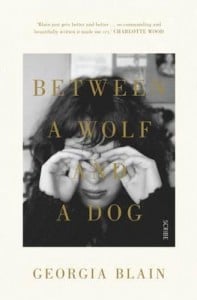