Author Interview: Amanda Ortlepp on Running Against the Tide Amanda Ortlepp is best known for her emotionally thrilling first novel, Claiming Noah, about a couple’s descent into a nightmare after they successfully embark on an IVF program and donate a remaining embryo anonymously.

Her second novel, Running Against the Tide, is no less compelling but the story and setting are a world apart. Erin Travers is escaping her broken life by taking her two sons to a small town in South Australia to start afresh. They’re outsiders though and when a series of unfortunate events occur the family starts to unravel. As events quickly spiral out of control, the novel draws to a nail-biting conclusion.

We talk to Amanda Ortlepp about themes of violence against women, the problems with first impressions and her favourite writers.

Better Reading: What inspired you to write the story of Erin who flees her husband and life in Sydney to create a new life with her sons in this small oyster farming town?

Amanda Ortlepp: The idea for this book began with the setting. I wanted a change of scenery after writing Claiming Noah, and a small oyster farming town halfway across Australia felt like the perfect contrast to Sydney. As for the story itself, I wanted to write about someone trying to escape their past and believing – somewhat naively – that they could start again if they moved far enough away from their problems.

BR: The rural setting of Running Against the Tide, on South Australia’s Eyre Peninsula, is very different from the urban location of your first novel Claiming Noah. It sounds like a place you’re familiar with?

AO: Very much so. My father grew up on a farm on the Eyre Peninsula and the fictional town of Mallee Bay in Running Against the Tide was inspired by the coastal town of Cowell, which is where my grandparents lived in the latter part of their lives. It’s a town with a population of about a thousand people and is well known for its oyster farming industry. I knew almost nothing about oyster farming before I started writing this book, and have never lived in a country town, so one of the most enjoyable parts of my research was spending time in Cowell hanging out with oyster farmers and getting a feel for what it would be like to live there.

BR: The novel deals with issues that we currently hear so much about – domestic violence and violence against women generally.  Are these issues you set out to include in your latest novel?

BR: Running Against the Tide addressees some of the difficulties of parenting, especially for the central character Erin, but clearly you sympathise with Erin’s difficult decisions?

AO: Sometimes decisions made under stress aren’t properly thought through and Erin has made a lot of poor decisions in her life, particularly when it comes to relationships. She’s flawed and impulsive, and perhaps not always a great mother, but she tries to do right by her family. I respect her for that, and for being brave enough to try to make a better life for them all.

BR: Could the difficult relationship between Erin and her son Ryan have been healed earlier with better communication between them?

AO: Lack of communication is definitely the main problem in their relationship. Erin doesn’t know how to deal with Ryan’s reticence and so she draws away from him, while he does the same to her. She knows that’s not the right thing to do, but her concern for him and her fear about the person he may be turning into stops her from trying to connect with him as she knows she should.

BR: Another idea running through the book is that first impressions aren’t always reliable. Is that something that you had in mind when creating the characters?

AO: Yes, it was. I feel like a lot of emphasis is placed on first impressions, even though it’s impossible to know what someone is like until you really get to know them. I’ve definitely been guilty of forming an immediate impression about someone only to later find out that they’re nothing like the person I thought they were. So I wanted my characters to do the same thing – to judge and misunderstand each other based on their assumptions. One of my favourite things about writing fiction is that you’re able to jump between characters’ heads to learn what they’re thinking, and I love the idea that two people can interpret an encounter they’ve had together in entirely different ways.

BR: The subject matter of your first novel Claiming Noah – embryo donation – must have struck a chord with the many fans of that book. How do you think those readers will enjoy your latest book?

AO: I hope they’ll enjoy it as much as they enjoyed Claiming Noah. The two books are quite different but they both focus on topical and highly emotional issues, challenging relationships and difficult decisions.

BR: Genre-wise, it’s difficult to place Running Against the Tide. It’s a thriller in some aspects and is emotionally charged. How would you describe it?

I agree, it doesn’t fit neatly into any particular genre. Part of the reason why is because the story is told by three different narrators, all with very different experiences. Erin’s story about trying to escape her past could be classified as suspense/thriller, Jono investigating the theft of his oysters is more of a mystery, and Ryan’s teenage angst wouldn’t be out of place in the young adult genre.

BR: What authors do you read and admire?

AO: I’ve been reading a lot of Australian authors recently and am constantly blown away by the quality of their writing and the incredible stories they tell. Three of my favourite books that I’ve read over the past year are The Natural Way of Things by Charlotte Wood, In the Quiet by Eliza Henry-Jones and Golden Boys by Sonya Hartnett.

To read more about, or purchase a copy of, Running Against the Tide, click here 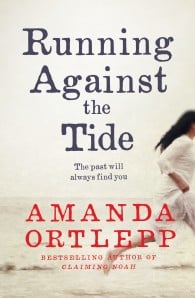 Erin Travers is running away from her life and taking her two sons with her to a small town on the ruggedly beautiful Eyre Peninsula. The close-knit township is full of happy childhood memories for Erin, but she’s bringing a whole lot of baggage with her.When the peaceful community is disrupted by theft and arson, rumours fly about who is responsible. In a small town where lives are tangled too closely together, old grudges flare, fingers are pointed and secrets are unmasked.From the bestselling author of Claiming Noah, Running Against the Tide is brimming with malice and threat and cements Amanda Ortlepp as one of Australia’s most compelling storytellers.Praise for Claiming Noah:‘Emotions run high . . . A gripping, emotionally charged story’ Herald Sun‘A thrilling and morally fascinating read’ Good Reading 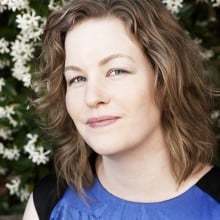 Amanda Ortlepp always wanted to be a writer, but it took thirty years and a decade of working in marketing and communication roles before she started writing her first book. That story was abandoned after a few months because Amanda stumbled across the topic of embryo donation and quickly became fascinated by it. She started writing a new book, which eventually became Claiming Noah. It is set in the inner west of Sydney, where Amanda lives and works.Amanda is currently working on her second novel, set on the remote Eyre Peninsula in South Australia where her father grew up and where many other members of her family have lived. 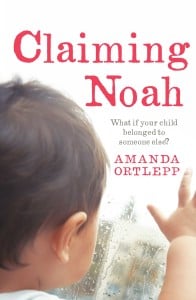 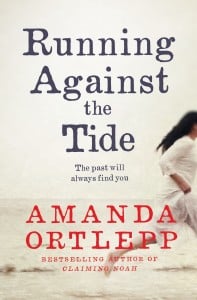 Running Against the Tide