‘Throughout history, humans have looked to the night sky to explain their existence, but the conclusions peoples draw from the same sky can be remarkably different. European astronomy uses constellations of stars to tell a story, but sometimes Aboriginal Australia uses the darkness between the stars. Dark Emu is a shape in the dark areas between the stars of the Milky Way. It’s a different way of seeing’. Young Dark Emu by Bruce Pascoe

There has been an amazing response to Dark Emu since it was first published in 2014, you have won a number of awards including Book of the Year at the NSW Premier’s Literary Awards, sold more than 100,000 copies of the book and it’s been adapted into a dance performance by Bangarra. Has this response taken you by surprise?

I wasn’t surprised by the enthusiastic reception because that is what I had been getting when I spoke about this information years before Dark Emu was published. It felt like Australia was changing its mind about its history.

Was a version of Dark Emu for young readers always in the plan?

Because it was accepted so quickly and so comprehensively it was planned early on to release Young Dark Emu.

What do you hope that young readers will take away from Young Dark Emu?

I want young readers to contemplate the evidence put forward, test it with their own research and go looking for more. The worst thing would be for them to accept it in blind faith. That’s how we got into trouble in the first place. That and the determination of founding fathers to hide any evidence from the country.

How would you like to see teachers and teacher librarians using Young Dark Emu in schools?

I would like teachers and librarians to join their students in a search for new information. The archives have been barely examined with this view in mind.

At Better Reading Kids we are always asked by parents for book recommendations, could you share with us some of your favourite children’s books?

My favourite books as a kid were the books of Jack London, Jet Sled dog of the North, Steinbeck’s Red Pony, the William Books and Cooper’s Pathfinder which, now, I would never recommend to anyone, it is so patronising.

‘Baime, the creator Spirit Emu, left the earth after its creation to reside as a dark shape in the Milky Way. The emu is inextricably linked to the wide grasslands of Australia, the landscape managed by Aboriginal people. The fate of the emu people, and grain are locked in step because, for Aboriginal people, the economy and the spirit are inseparable. Europeans stare at the stars, but Aboriginal people also see the spaces in between where the Spirit Emu resides.’ Young Dark Emu by Bruce Pascoe 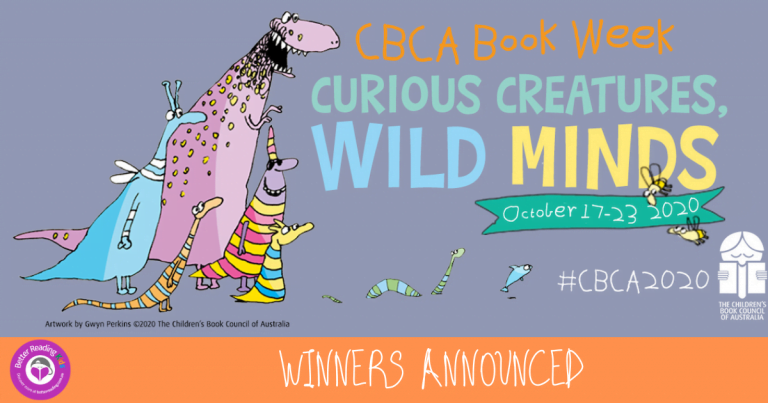 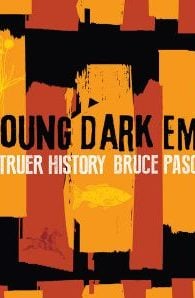 Using the accounts of early European explorers, colonists and farmers, Bruce Pascoe compellingly argues for a reconsideration of the hunter-gatherer label for pre-colonial Aboriginal Australians. He allows the reader to see Australia as it was before Europeans arrived — a land of cultivated farming areas, productive fisheries, permanent homes, and an understanding of the environment and its natural resources that supported thriving villages across the continent. Young Dark Emu — A Truer History asks young readers to consider a different version of Australia’s history pre-European colonisation.

Bruce Pascoe is a Bunurong man born in the Melbourne suburb of Richmond. He is a member of the Wathaurong Aboriginal Co-operative of southern Victoria and has been the director of the Australian Studies Project for the Commonwealth Schools Commission. Bruce has had a varied career as a teacher, farmer, fisherman, barman, fencing contractor, lecturer, Aboriginal language researcher, archaeological site worker and editor.Books include the short story collections "Night Animals" and "Nightjar"; the novels "Fox," "Ruby Eyed Coucal," "Ribcage," "Shark," "Earth," and "Ocean"; historical works "Cape Otway: Coast of secrets" and "Convincing Ground"; the childrens book "Foxies in a Firehose" and the young adult fiction "Fog a Dox," which won the Prime Ministers Literary Award for YA Fiction, 2013." 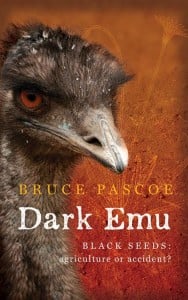 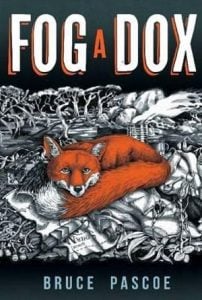 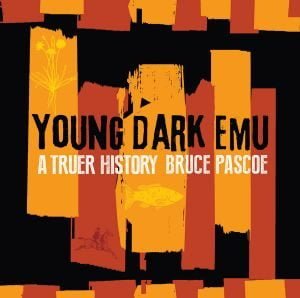 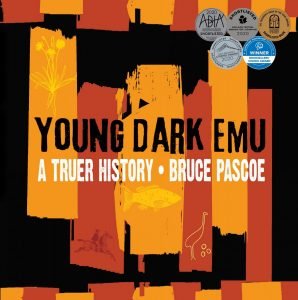