I Have Wonderful Old Dictionaries: Q&A with Stephanie Smee, Translator of The Inheritors Better Reading recently reviewed the wonderful book, The Inheritors by Hannelore Cayre, but brought to us in English by Australian translator, Stephanie Smee. Often we read a great book that has been translated from a foreign language and not realise the enormous amount of work that has gone into that translation. In fact, a translation can make or break a book in foreign territories. We had the opportunity to ask Stephanie a few questions about her background and the translation process.

Let’s start with what languages you speak and how you became multilingual?

As to the languages I know, I guess I had a head start with multilingual parents. My mother is Swedish and speaks about 6 languages (she taught French and German before she retired), and my father, similarly, is an extraordinary linguist, although he deals primarily in dead languages, Latin and Ancient Greek. That said, he also speaks French. The two of them met in Geneva and French was their first language, although my father also then taught himself Swedish. They both continue to provide advice and insight!

So, I grew up in a household with various languages being bandied about, and most importantly, I think for a translator, lots of discussions about grammar around the dinner table!

I learned French and German at school and then continued with them and Italian at university, and I also have some Swedish from my mother (we translated some wonderful childrens’ books together!). I was lucky enough to live in Germany after school for a year but then continued primarily with French as I ended up having to choose! There weren’t enough subject choices available. So I continued with French and wrote my Honours thesis in French on various aspects of French criminal law (my other degree was in law). Before starting to work as a literary translator, I worked for a number of years as a legal translator from French to English.

Can you tell us a bit about The Inheritors?

The Inheritors is Hannelore Cayre’s latest work which came out in France earlier this year. I know many of your readers enjoyed her previous book, The Godmother, and will recognise her very distinctive voice in this latest book.

The Inheritors will give your readers another insight into Cayre’s talent for creating an extraordinarily tight plot that sparkles with spikey commentary and memorable characters. Set partially on the eve of the Franco-Prussian war, Hannelore Cayre weaves an incredibly deft family saga that slices mercilessly through social niceties. The book opens with Blanche de Rigny finding herself suddenly unimaginably rich – it turns out her family tree has branches she didn’t even know existed, many of them perfectly rotten… and in need of a little pruning! What follows is an utterly original narrative that crackles along at Cayre’s usual pace, dissecting the social inequity that is as rife in today’s world as it was in the Paris of the 19th century… Blanche is another fabulous protagonist – much like Patience Portefeux – although I also have a soft spot for the rather wonderful Aunt Clothilde!

You translated Hannelore Cayre’s award-winning book The Godmother, and now her latest novel, The Inheritors. How closely do you work with an author when translating their books?

It’s an interesting question. Many of the books I have translated were written by authors who are no longer with us, so I am quite used to working on my own in that regard.  I didn’t work closely with Hannelore at all for The Godmother, and only really had contact with her directly after it was published in English. As for The Inheritors, we did exchange a couple of emails regarding the tone and setting in particular of the chapters set in the 19th century, before and during the Paris siege, and that was quite a challenge moving between the different time periods, but great fun! The voices of the characters in the different chapters set in the 21st century and in the 19th century are very distinctive, so as a translator you’re always trying to find that voice. I find that reading other texts around the relevant period is often helpful. And, as always, I hope I have done her work justice.

One of my favourite books is by a Japanese writer and I’ve read four different translations of it and have one clear favourite. Translating a book is an enormous and complicated job. Tell us about the translation process and how you work.

Yes, there can certainly be a difference in translations of the same work – particularly if some time has passed between those translations. It’s always interesting seeing the different treatment older texts get when they are freshly translated. It will also depend on which ‘English’ the translator speaks. I remember reading a translation recently of a Japanese work that had been translated by an American translator which probably read differently to me, as an Australian, than it would have to an American reader.

As for my process, it always starts with a thorough read of the work and then a deep dive in! I like to solve problems as I go, because I’m always worried that I will forget what I was thinking if I leave it – better to deal with it right away! That’s not to say you don’t see other problems when you proof read… It’s handy to have access to dictionaries and glossaries from the period you’re translating – I have wonderful old dictionaries from the 19th century – and of course having access to the internet is just wonderful for research. I have so much admiration for translators who worked in a pre-internet age.  The nature of the task would have been completely different. And finally, having proofreaders – friends, family and most importantly wonderful editors with their eagle eyes – is imperative!

Key to me is, as I said earlier, finding the ‘voice’ of the characters – I imagine it’s a bit like musicians interpreting a score, or actors interpreting a script. Each translator will ‘hear’ those voices differently, but I really do find that it’s a very auditory task. And often I find myself re-reading a sentence or two out loud to see if my English sounds natural to the characters and setting. I always seem to particularly enjoy translating dialogue!

Do you have any desire to write a book?

Oh, I always have had a desire to write my own book – like so many people, there are odd paragraphs, opening lines, floating around in my head all the time. But writing a book is much more than an opening paragraph! So I think I have realised that I prefer to enjoy working with the words and ideas of other incredibly talented authors. It really is a great privilege. The marvellous translator of the Elena Ferrante books, Ann Goldstein, once made a comment in response to a question at the Sydney Writers’ Festival about what makes a good translator, saying yes, you needed of course to know your source language (French in my instance, Italian in hers) but what you really needed to be able to do was write in your own language. So I guess I feel I am writing all the time… reading and writing! And I also get to bury myself in the talent of these other wonderful authors, with different voices, from different places. It’s challenging but also a constant source of wonder.

Sydney based, Stephanie is a translator into English of all things literary and French. Her other languages, include German, Italian and Swedish. Having worked as a lawyer in Sydney and London, Stephanie happily traded in a legal career for a return to her linguistic calling. After several years as a legal translator, she left the world of pleadings and contractual documents behind. Her most recent translation is of Hannelore Cayre’s fabulously spiky The Godmother (La Daronne) which she enjoyed translating enormously. It was included on the NY Times list of 100 Notable Books for 2019. The Inheritors is Hannelore Cayre’s second novel that Stephanie has translated. Sardonic Humour and Devilish Creativity: The Inheritors By Hannelore Cayre is Superb Winner of the European Crime Fiction Prize: Read an Extract from The Godmother by Hannelore Cayre 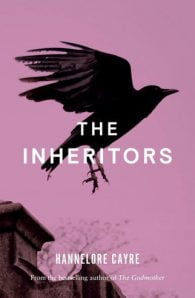 She had been dead now for four days and I had become rich. Unimaginably rich.Blanche de Rigny has always considered herself the black sheep of the family. And a black sheep on crutches at that. But it turns out her family tree has branches she didn’t even know existed. And many of them are rotten to the core. As Blanche learns more about the legacy left by her wealthy Parisian ancestors, she decides a little family tree pruning might be in order.But great wealth also brings great responsibility – a form of richesse oblige, perhaps – and Blanche has a plan to use her inheritance to cure the world of its ills.Spanning two centuries, from Paris on the eve of the Franco-Prussian War to the modern day, this unforgettable family saga lays bare the persistent and poisonous injustice of inequality. In her trademark razor-sharp style, Hannelore Cayre again delivers the sardonic humour and devilish creativity that made The Godmother an international bestseller. 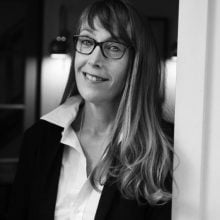 Hannelore Cayre is an award-winning French novelist, screenwriter and director, and a practising criminal lawyer. Her works include Legal Aid, Masterpieces and Like It Is in the Movies. She has directed several short films and the adaptation of Commis d’office (Legal Aid) is her first feature-length film. She lives in Paris. 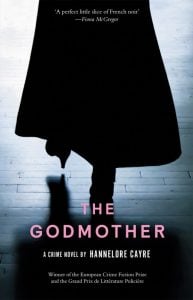 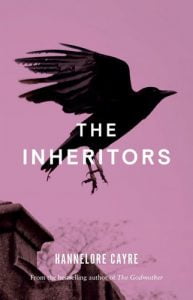