I Hope it Makes People Think: Q&A with The Silence Author, Susan Allott The Silence was inspired by my time as a Brit living in Sydney in the nineties, and my failure to adopt it as my new home. I knew Sydney was beautiful and I knew I ought to love it, but I couldn’t shake off the homesick blues. I missed things about England that I didn’t even care for when I was at home: grey skies and mist and cold. Eventually I decided to pack up and go home. I was embarrassed by my lack of adventure, my weak spirit. I couldn’t explain myself to friends and family. What had gone wrong? Why had I given up all that light and space and natural beauty?

So the early drafts of The Silence were about a British woman called Louisa who emigrated to Australia with her husband under the Assisted Passage scheme – a Ten Pound Pom. It was about her difficulty adjusting, and her decision to go home, leaving while her husband Joe was at work and taking their child with her. I found myself inventing a cast of Australian characters who Louisa left behind in Sydney. They had stories of their own, they interacted and interfered. They threatened to take over.

Early readers told me to ditch the chapters set in England. My story was in Australia, they told me. I resisted this advice for a while. How could I write a novel set in Australia? I’d failed at Australia. I didn’t have what it took. But the truth was, I loved writing the chapters set In Sydney. I loved writing against my own experience, describing Australia through the eyes of people who called it home. Writing about Sydney’s colours, its suburban streets, its distinct light, I rediscovered them from a retrospective place. I made them my own.

Then one day I read a book called Australia, History of a Nation, by Philip Knightley. He wrote about a policeman in Victoria who used to come home from work and cry on the verandah because he had to remove Aboriginal kids as part of his job. I already knew about the Stolen Generation, I’d seen Rabbit Proof Fence and I knew about Kevin Rudd’s National Apology. I hadn’t thought it might be something I’d write about, but I couldn’t stop thinking about that policeman. I wanted to know how someone would cope with realising something they had believed to be right was in fact wrong; that they had caused untold pain and damage. What would it be like to be married to him? To live next door to him? What would that do to a person, a marriage, a community?

Louisa’s story and the chapters set in England were trimmed back and The Silence became a book set primarily in Australia, about a woman called Mandy who goes missing and the lies that hide her disappearance for thirty years.

I research as I write, especially in the early drafts while I’m trying to decide where the heart of the story is. The story bends to fit the research sometimes, if I find something that interests me and seems to fit. It’s probably not the most efficient way of working but that seems to be the best way for me. I don’t want to spend months researching something only to find, when I start writing the book, that the story isn’t developing that way after all.

The most important source while writing The Silence was the National Library of Australia oral history project, where Aboriginal people who were removed as kids, or whose family members were removed, talk about that experience. There are hundreds of recordings and I listened to some of them several times. I also read and re-read the Bringing Them Home report, which was tabled by the Australian Federal Parliament in May 1997. I read My Place by Sally Morgan, White Out by Rosemary Neill,  Rabbit Proof Fence by Doris Pilkington Garimara, to name a few. I did my best to understand the history of my country in relation to Australia, and what I learned did not make me proud.

I became acutely aware of the gaps in my knowledge. I asked around among friends and teachers, and found I was not alone. Surprisingly, British colonial history isn’t covered in any depth in British schools, and most British people don’t know much about the atrocities carried out in claiming and settling Australia as a colony. What we British know about Australia comes largely from movies and novels and soap operas. It’s not that people don’t want to know. It’s that we don’t know what we don’t know. So I was careful in my research, and I gave the book to an Aboriginal man based in New South Wales to check for accuracy. Although The Silence is a work of fiction, I feel a great responsibility to the people who went through the events I’m describing.

As I’m based in London, writing about Australia was a challenge. I visited Australia a few times and took dozens of photos. I drank in every experience: the way people speak, the very particular light. While I was at home I read a lot of Australian fiction, which I love anyway, and watched my favourite Australian films again and again. But there comes a point when you need to stop researching and trust that you know what you need to know. The research doesn’t always appear on the page in the end, but it’s all there somehow, it enriches the book.

So many people give up on their novels and I think sometimes it’s because they’re being self-conscious as they write, worrying about what their dad or their friends or work colleagues will think. You have to work on silencing those doubts, zoning them out. Otherwise your writing will be inhibited and it’s unlikely to be any good. If your writing comes from a place of honesty, your dad or your colleague won’t remember that you wrote it. They’ll believe in the world you’ve created and they’ll forget about you.

Of course, zoning out those thoughts gets harder once you have a book deal and you know people are going to read it. I spent a few weeks in a state of panic in the middle of my first round of edits with my publisher. I got through it in the end and re-learned how to ‘get in the zone’, but for a while I wasn’t sure I’d be able to do it. So my advice (passed on from my teachers) is to learn how to trick yourself into believing that nobody exists but your characters and the world they live in. Get out of your own way.

After my spell living in Sydney, I went back to London and promptly met the person I wanted to marry, an Australian man who was planning to return home. That was a bit of a challenge for our relationship as you can imagine! We went on to get married and have two children, and although we’ve been back to Australia a few times we still live in the UK. I’ve often thought about the irony of my marrying an Aussie bloke. It was as if Australia was hanging on to me somehow, forcing me to make my peace with it. I had always wanted to be a writer, but I might have written a different debut if the Australian themes hadn’t kept haunting me.

In the early months of our relationship, my husband-to-be told me about his paternal grandparents and their experience of emigrating from England to Australia on the assisted passage scheme; his grandmother’s homesickness that her husband and children didn’t share. I started researching and found it was a common experience among Brits who emigrated to Australia. The longing for home was made more acute by the enormous distance; the disparity between the idea of Australia and the reality, and the cost of returning. More often than not, in couples who emigrated to Australia, it was the woman who desperately wanted to return.

The Silence is not about my husband’s grandmother, or my own experience of being a British woman in Sydney. But they were my starting point, the seed from which my story grew, and I think those experiences still exist as themes in the novel. The Silence is partly about migration; about making a new home on your own terms, and how liberating that can be. It’s also about the other extreme: the practice of removing children forcibly from their homes, which has caused so much trauma.

The Silence is intended to entertain above all else, but I hope it does make people think too, and I hope it prompts certain questions in the reader and gets people talking. The question of how we deal with our mistakes is one that interested me as I was writing. The characters in The Silence are all flawed to various degrees (as we all are) and all of them deal with their regrets in different ways. Some turn to alcohol, some find other ways to suppress and forget what they’ve done, some eventually face up to and take responsibility for their mistakes. There’s also a deliberate emphasis on the word ‘sorry’ in the book, with some characters withholding the word and others using it with varying degrees of impact. I don’t want to dictate what the reader might make of that, but it’s something I hope they might think about.

Early reviews are showing that in the UK and North America, a lot of readers weren’t aware of the Stolen Generation at all and are shocked and fascinated by this part of the story. For those readers, I’d be happy if it opened their eyes about the British legacy in Australia, particularly the racist ideology that underpins the child removal policy. For Australians, I hope it might be interesting to hear a British writer with links to their country exploring what our common history is built upon. Wherever you live and wherever you come from, I hope The Silence tells an intriguing story with characters you can believe in. I hope it keeps you turning the pages and I hope you keep thinking about it after you reach the end. Susan Allott's The Silence is a Stunning Debut The Silence by Susan Allott: Your Preview Verdict 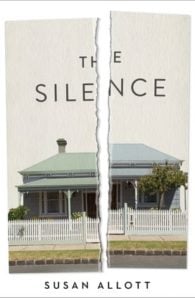 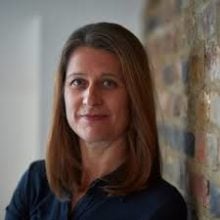 Susan Allott is from the UK but spent part of her twenties in Australia, desperately homesick but trying to make Sydney her home. In 2016 she completed the Faber Academy course, during which she started writing this novel. She now lives in south London with her two children and her very Australian husband. 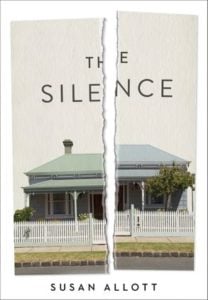