Joanna Nell was born in the UK and studied medicine at Cambridge and Oxford universities. Her short fiction has won multiple awards and has been published in various journals and literary anthologies. A former ship’s doctor and now a GP 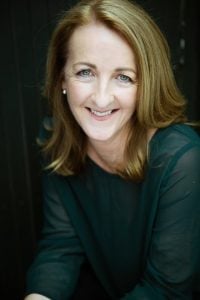 with a passion for women’s health and care of the elderly, Joanna is drawn to writing character-driven stories for women in their prime, creating young-at-heart characters who are not afraid to break the rules and defy society’s expectations of ageing. Her first novel, THE SINGLE LADIES OF JACARANDA RETIREMENT VILLAGE, was a national bestseller. Joanna lives on Sydney’s Northern Beaches with her husband and two teenage children.

Your latest book, The Last Voyage of Mrs Henry Parker is described as a poignant ode to love and the memories that make a well-lived life. Can you tell us a bit more about the book?

The Last Voyage of Mrs Henry Parker tells the story of Evelyn, the wife of retired ship’s doctor Dr Henry Parker, who is living out her twilight years aboard the luxurious Golden Sunset. Every night she dresses for dinner in formal gown and tiara, regaling her fellow passengers (indeed, anyone who will listen) with stories about the golden age of cruising, along with her encyclopaedic knowledge of ships’ customs and seafaring legends. Whilst walking her daily laps of the promenade deck, she likes to exercise her mind by reciting 19th century poetry and entire passages from her heroine Florence Nightingale’s book Notes on Nursing. The crew treat her with deference. And forbearance.

But when Henry goes missing, no one wants to listen. Donning her so-called ‘Finding Henry’ shoes, Evelyn must search every corner of the ship – and her failing memory – to find him. As she relives the events of the past – some happy, some not so happy – it becomes obvious that all is not right with Evelyn’s memory. Her ability to recall every detail of the 1953 voyage from England to Australia during which she met and fell in love with the ship’s assistant surgeon, is at odds with her increasing confusion as to why Henry has apparently disappeared into thin air.

The character of Evelyn Parker was inspired by a 2017 Archibald prize finalist, a portrait titled The Inner Stillness of Eileen Kramer by Andrew Lloyd Greensmith. The painting is of a white-haired woman with her eyes closed and her head in her hands. To me she looks as though she is trying to shut out the outside world and instead find comfort in the memories inside her own mind.

It’s no spoiler that my protagonist Evelyn Parker is living with dementia. As a GP, I have cared for many older patients with memory impairment, and having touched on the idea in The Single Ladies of Jacaranda Retirement Village I wanted to go one step further and tell a story from the point of view of a protagonist with more advanced dementia. One aspect of the disease that has always intrigued me is how short-term memory is affected while paradoxically, long-term memory is often perfectly preserved. This means that although people with dementia may at first glance appear muddled and disorientated, they are simply trying to make sense of the world using a brain that has switched to the past. If you actually follow their train of thought, their logic often makes perfect sense.

Setting the novel on a cruise ship provides a safe and familiar environment for Evelyn to wander around as her memory ebbs and flows like the tide.

Tell us about researching The Last Voyage of Mrs Henry Parker. You worked as a doctor on a cruise ship? Did you ever meet anyone like your characters?

During the mid 1990s I worked as a ship’s doctor for a major cruise line. Those two years were packed full of adventures and although I didn’t realise it at the time, I was collecting anecdotes and potential plotlines that would eventually feature in the book. Because many of the passengers were elderly, I often encountered women like Evelyn who wandered around the ship in a state of pleasant confusion. Usually, they went home at the end of the cruise, but I also met passengers who did back-to-back cruises, spending many weeks on board.

A Florida woman named Lee Wachtstetter ­– like Evelyn, a former nurse in her 80s – went one step further, selling her house and moving onboard the Crystal Serenity where she is a permanent resident. It is said that living aboard a cruise ship with its gourmet meals, waiter service, live entertainment and 24-hour medical facilities is actually cheaper than the less desirable alternative of a nursing home.

In terms of research for the book, naturally I had to refresh my memory and went on a three-day cruise from Adelaide to Melbourne to see the ship through the eyes of a writer rather than a crewmember. Writing’s a tough gig sometimes! I discovered plenty of wonderful writing spots around the ship, the most glamorous of which was a marble bar surrounding a Steinway piano.

From a historical point of view, I spent time searching shipping records at the Australian Maritime Museum for Evelyn’s original voyage on RMS Orcades in 1953. I also started collecting memorabilia from this period and now have a ridiculously large collection of original menus, tickets, maps and information leaflets from the Orient Line ships of the 1950s.

I hope that readers will see Evelyn Parker, not as a tragic figure to be pitied, but a courageous, intelligent and slightly eccentric woman with a wicked sense of humour. In essence she is still the feisty, idealistic young woman she once was, capable of love, adventure and positively affecting the people around her.

After seeing the world through the eyes of someone with memory impairment, I hope that the reader will come away with more compassion, empathy and a greater understanding for people suffering from dementia. It’s an awkward subject that no one likes to discuss but I’m hoping the book will be the beginning of a conversation about the condition that is sadly the leading cause of death in Australian women. In doing so I hope to raise awareness of the need for more research and more imaginative models of care in the community.

I still work part time as a GP two days a week. On my writing days, I have a set routine otherwise I tend to procrastinate. The day always starts with a walk. Friedrich Nietzsche once said: “All truly great thoughts are conceived while walking”. I couldn’t agree more and it turns out my muse, a ten-year-old black Labrador called Margot, enjoys her morning walk as much as I do. I even credited her in the acknowledgements of my first book.

There’s something about the natural rhythm of walking that allows the thoughts to wander and the imagination and creativity to flow. After our walk, Margot and I sit outside at our favourite café and while she begs for titbits from the other diners, I use my ipad to record all those wise and wonderful ideas before I forget them.

Mornings are my most productive time and I try to write without interruption until lunch. In the afternoon, if the words are still flowing, I continue otherwise I switch to editing, writing blog posts or general admin stuff. Rather than focussing on a particular word count each day, I tend to work scene by scene and set specific plot goals.

At the moment, I’m putting the finishing touches to my third book for Hachette, due out in 2020, which is a story about a group of residents who try to escape from a nursing home. I also have a fourth book contracted for 2021. There are a number of ideas floating around but Margot will need a few more walks before I’ve managed to pin them down. 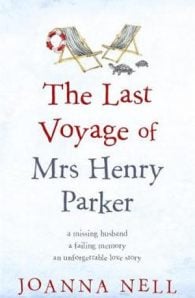 Joanna Nell's follow-up to the bestselling The Single Ladies of Jacaranda Retirement Village is a poignant ode to love and the memories that make a well-lived lifeAs the wife of retired ship's doctor Dr Henry Parker, Evelyn is living out her twilight years aboard the Golden Sunset. Every night she dresses for dinner - gown, tiara, runners - and regales her fellow passengers with stories of a glamorous life travelling the world in luxury as well as showing off her superior knowledge of everything from ships' customs to biographical details of her heroine, Florence Nightingale. The crew treat her with deference. And forbearance.But when Henry goes missing, Evelyn sets off to search every part of the grand ocean liner to find him, casino, nightclub and off-limits areas included. Misadventures are had, new friends are made, scandalous behaviour noted - all news to Evelyn. If only she could remember the events of the night before as clearly as she can recall the first time she met Henry on a passage from England to Australia in 1953 and fell in love, abandoning her dreams to become a midwife to be a wife instead - and the long-ago painful events that left Evelyn all at sea.Why is it so hard to remember some things and so hard to forget others? And where is Henry? The Last Voyage of Mrs Henry Parker is a love letter to the memories we make over the course of a lifetime, and how the heart remembers what matters, even when the mind has long forgotten. 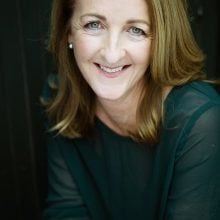 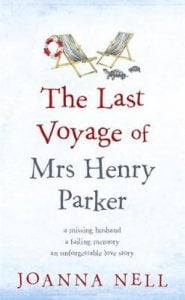 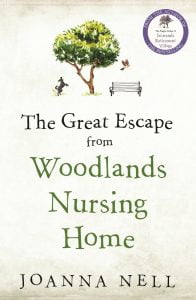 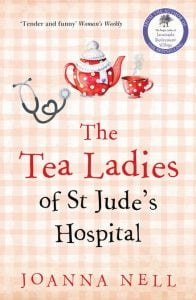