I Wrote The Janes in a Million Moments: Q&A With Louisa Luna 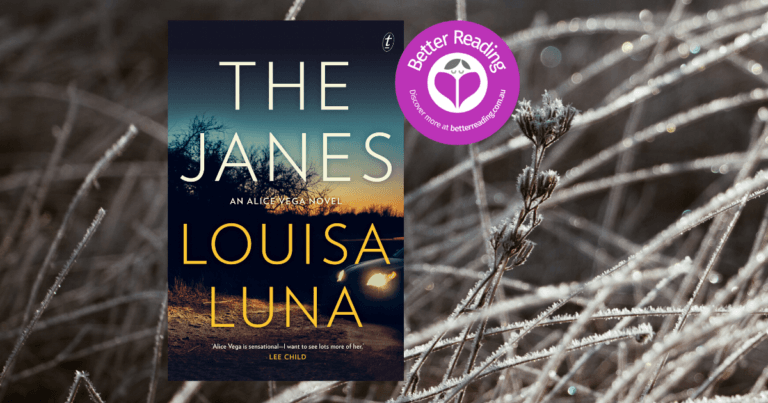 The Janes is a smart new crime novel in the Alice Vega series – can you tell our readers a bit more about it?

The Janes begins when the bodies of two unidentified Latina Jane Does are discovered in Southern California. Bounty-hunter-turned-PI Alice Vega is hired to determine their identities and find out if there are more girls like them out there. Together with her partner, Cap, Vega uncovers a sex-trafficking ring while running up against crooked federal agents and one of Mexico’s biggest cartel bosses.

What inspired this new novel?

The 2016 US election. I love to write a good mystery, but I wanted to tell this story differently—imbued with frustration at the injustices and imbalance of power. The Trump administration implemented the horrific migrant child separation policy while I was writing The Janes, so I folded that into the story. I thought, who better to take on the racist, misogynist patriarchy than Alice Vega?

I want the reader to be so excited by the story that they are physically unable to put the book down – I want them to feel everything, whether that’s laughing, crying or screaming ‘what the hell?’ With this book, in particular, I would love for readers to think about the choices we make, large and small, and how the ripples can go wider than we realise.

I attended a writers’ conference some years back, and Andre Dubus III told a story about writing House of Sand and Fog. He said that, while working on the scene when Kathy runs across the street and steps on a nail, he had a little argument with himself: ‘Come on, if she steps on the nail, then I have to make her foot hurt in every subsequent scene; it will be a pain to write.’ But he knew that was the story; that was the truth of the story and it had to happen. Like chipping a statue out of a block of marble, the figure was in there and there was only one. He had to let her step on the nail.

In short, I’m always trying to let my characters step on the nail, trying to see the arc of the story in an organic and authentic way, and not overthink things. It’s a daily challenge.

What does your work day look like, and what are you working on at the moment?

My work days are very inconsistent! I am at the same day job I’ve had for a long time to make ends meet and get health insurance and all that, so I write in spare moments. I wrote Two Girls Down and The Janes in a million moments.

More or less a day goes like this: I’ll pack my daughter up for school and send her on her way around 8:15, then get to work and have some very strong coffee. Then I do work-work there for a while, then snag some minutes or maybe an hour to get writing in. I try to go to the gym across the street from my work at lunchtime and that wakes my brain up. Then I try to sneak in more writing minutes while answering work-related emails. Usually I have one of my earbuds in so I’m listening to music, which helps me write and drowns out the office chatter.

I also sometimes write at home later in the evening, between 9 and 10:30pm, but that’s easier said than done. Usually I just want to hang out with my husband and watch garbage TV by that time of night.

I’m working on the third Vega book now – it should be out in about two years, so sit tight. Read an Extract from Louisa Luna's Unputdownable Novel, The Janes The Janes by Louisa Luna Will Absolutely Reel you in 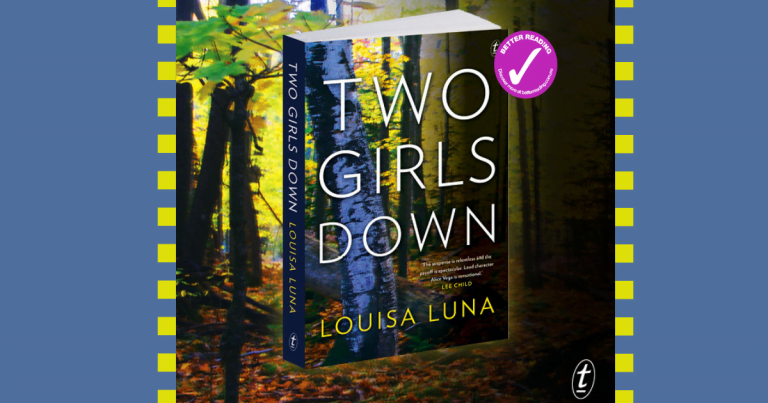 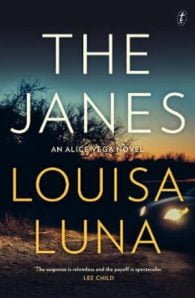 'Men pretty much have a triangle. Sex, drugs, money,' she said, drawing a triangle in the air with her finger. 'Every man who commits a criminal act does it in service to one or more of those three things...Most men, actually, do everything because of them.' On the outskirts of San Diego, the bodies of two young women are discovered. They have no names, no IDs, and no family looking for them.Fearing a human trafficking ring, the police and FBI ask Alice Vega to help find out who the Janes were-and find the other missing women. Alice Vega has a mind like a steel trap. Along with her partner Cap, she will stop at nothing to find the Janes before it is too late. Louisa Luna is writing new, smart, insightful, relevant classics of crime fiction. Vega and Cap rightfully join the pantheon of the most memorable partnerships in crime fiction. 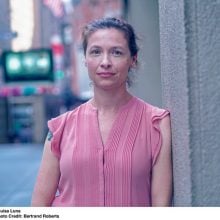 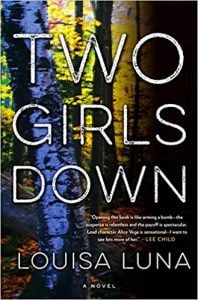 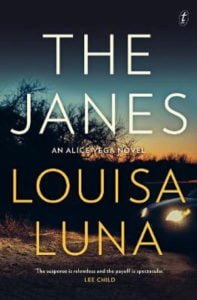