Jane in Love Author, Rachel Givney on Choosing the Heart or the Pen Jane in Love is a modern-day reimagining of the life of one of the world’s most celebrated writers. Can you tell us a bit more about the book?

When Jane Austen travels to the present day and falls in love with a modern-day man, all her books begin to disappear from the shelves. Ultimately, she must decide between staying in the present – where she is happy, or returning to her own time – where she will become “Jane Austen”:

Bath, England, 1803. At 28, Jane Austen prefers walking and reading to balls and assemblies; she dreams of someday publishing her carefully crafted stories. In grave danger of becoming a spinster, Jane goes searching for a radical solution—and as a result, seemingly by accident, time-travels. She lands in…

Bath, England, present day. The film set of Northanger Abbey. Sofia Wentworth is a Hollywood actress starring in a new period film, an attempt to reinvent her flagging career and, secretly, to reinvent her failing marriage. When Sofia meets Jane, she marvels at the young actress who can’t seem to “break character,” even off set. And Jane—acquainting herself with the horseless steel carriages and seriously shocking fashion of the twenty-first century— meets Sofia, a woman unlike anyone she’s ever met before. Then she meets Fred, Sofia’s brother, who has the audacity to be handsome, clever, and kind-hearted. What happens when Jane, against her better judgement, falls in love with Fred? And when Sofia learns the truth about her new friend Jane? And worst of all, if Jane stays with Fred, will she ever achieve her dream, the one she’s now seen come true?

After reading Jane Austen as a teenager, I felt disarmed when I discovered the writer of such clever, beautiful love stories never married or had any children. Considering a career as a writer myself, I grew curious and researched the biographies of other female artists I admired – the Bronte sisters, Louisa May Alcott, Emily Dickinson, Sylvia Plath, and so many more – I discovered these women all either had disastrous romantic lives, or none at all. Even women from other artistic disciplines, painters, musicians, so many seemed to fulfil their artistic destinies rather than, or in opposition to, their romantic ones. I wondered, does an artist, namely a female one, need to be unhappy to create art? And, if Jane Austen had to choose between the heart and the pen, what would she choose? That’s how Jane in Love was born. The time-travel was a way to set up the central dilemma of the novel – a writer’s choice between the heart and the pen. I wanted to see what would happen if Jane Austen were confronted with the reality of what she has become, to see the regard her work now commanded, and if it became the choice between one or the other, what would she choose?

Can you tell us about your research process for Jane in Love?

I lived in the UK for five years in the 2010s and I fell in love with the country and its people. Jane in Love is set in Bath and switches between 1803 and the present day. I visited Bath six times to research the layout and see the places where Austen lived and visited. I read everything I could get my hands on about Jane Austen herself, biographies of her, literary criticisms, and the letters she’d written which have survived. I concluded she possessed a terribly gifted intellect, and honed her writing skills in complete isolation, receiving no help from mentors, teachers or contact with fellow writers. She also seemed to me a warm but insolent lady, introverted, and a much-beloved aunt, sister and friend.

The two which inspired me most while writing Jane in Love were A.S.Byatt, who wrote Possession, and John Fowles, who wrote The French Lieutenant’s Woman. Possession follows two modern-day scholars who investigate the secret romance between a couple of Victorian poets. The French Lieutenant’s Woman depicts a forbidden Victorian romance in a seaside village. Fowles published it in 1969, but he wrote it in a Victorian style, it reads like something Thomas Hardy or Emily Bronte might have written. Both novels have a post-modern, literary, book-loving feel, paying homage to great writing whilst at the same time, telling a great story. I experimented with these ideas with Jane in Love.

Many authors have also inspired me after reading how they got their first novel published. J.K Rowling springs to mind, I watched a documentary of her returning to the council flat where she wrote The Philosopher’s Stone as a single mother. The central theme of Jane in Love is one writer’s dilemma of choosing either the heart or the pen. Writing a novel, as I now know, requires extraordinary stretches of time to oneself, it requires selfishness, money, and demanding space in one’s life – both physical and emotional – to write. Jane in Love is in some ways a tribute to every writer, who toils at the lonely page for months and years to write a novel, usually at the expense of other things.

By far the most inspiring author has to be the genius herself, Jane Austen, for everything I’ve described above. We don’t know if Jane Austen really did ever fall in love, or made a concerted choice between writing and a relationship / family, but we do know she accepted a proposal of marriage in 1802 from Harris Bigg-Wither, a wealthy friend of the family, only to withdraw her acceptance the next day. I’d argue that considering the era she lived in, had she had a husband and children, she may likely never have published anything.

Writing for film and television deadlines for 15 years has taught me good lessons in discipline and routine. I try to follow these, some days I get there…

On a good day, I rise at 6 or 7 and go for a run around the park. Then I will have breakfast and shower and get to my desk at 9am-ish. I will write for 4 hours, taking a 15-minute break every hour. Lunch 1-2pm, then another 2 hours of writing in the afternoon, stopping at around 4pm. I write whatever is next to be written.

On a bad day, I get to my desk, and nothing comes, or it comes out badly, and then I hate everything. And this is the time when I hope I have the discipline to forge on, to ‘don’t get it right, get it written,’ as the saying goes. Jane in Love by Rachel Givney: Your Preview Verdict 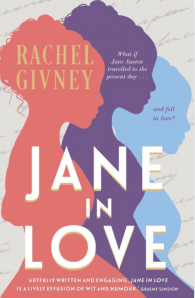 Jane Austen time-travels to the future and falls in love. But will she choose happiness in the present, or her career as a writer in the past?‘If Jane Austen had the choice between the heart and the pen, what do you think she would do?’At age twenty-eight, Jane Austen should be seeking a suitable husband, but all she wants to do is write. She is forced to take extreme measures in her quest to find true love – which lands her in the most extraordinary of circumstances.Magically, she finds herself in modern-day England, where horseless steel carriages line the streets and people wear very little clothing. She forms a new best friend in fading film star Sofia Wentworth, and a genuine love interest in Sofia’s brother Fred, who has the audacity to be handsome, clever and kind-hearted.She is also delighted to discover that she is now a famous writer, a published author of six novels and beloved around the globe. But as Jane’s romance with Fred blossoms, her presence in the literary world starts to waver. She must find a way to stop herself disappearing from history before it’s too late.A modern-day reimagining of the life of one of the world’s most celebrated writers, this wonderfully witty romantic comedy offers a new side to Jane’s story, which sees her having to choose between true love in the present and her career as a writer in the past. 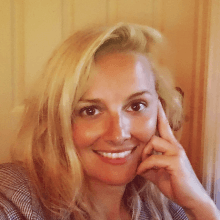 Rachel Givney is a writer and filmmaker originally from Sydney, Australia (currently based in Melbourne). She has worked on Offspring, The Warriors, McLeod's Daughters, Rescue: Special Ops and All Saints. Her films have been official selections at the Sydney Film Festival, Flickerfest, Tropfest and many more. 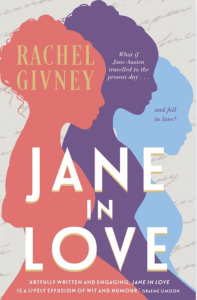 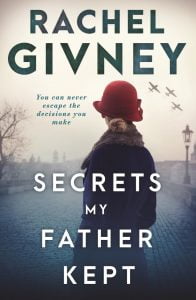