Tara Moss is the bestselling author of eleven books of fiction and non-fiction published in nineteen countries, a documentary maker and host, public speaker and outspoken advocate for human rights and 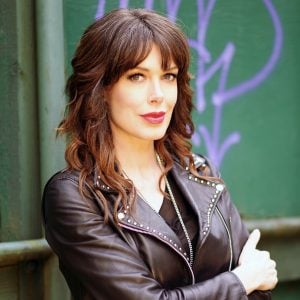 women’s rights. She is the writer of the popular Mak Vanderwall crime series, the Pandora English paranormal series, and the feminist memoir The Fictional Woman. She received an Edna Ryan award for making a feminist difference, inciting others to challenge the status quo. Tara currently lives in Vancouver with her husband and daughter. Visit her at taramoss.com.

Your latest book, Dead Man Switch is a fantastic new crime novel, the first in a series. Can you tell us a bit more about the book?

Dead Man Switch is set in Sydney, 1946, in a time when Australia is still reeling from the second world war. Billie Walker, who has returned from work as a war reporter in Europe, is a woman living life on her own terms. World War II has left her bereaved, her husband missing and presumed dead. Determined not to rely on any man for her future, she re-opens her late father’s detective agency. And then one day a client walks in with a case that looks simple enough, but is far from it. Billie soon finds she needs to race against the clock to save a young man, and she stumbles across a much bigger, more deadly mystery.

I adore the heroine, PI Billie Walker, who despite being a hard-boiled detective has more than a dash of Mae West in her. What inspired this novel and in particular, Billie?

Thank you. Dead Man Switch arose from my fascination with WW2, the strong women of the era and the family stories of WW2 I grew up with. I adore film noir heroines and reading hardboiled fiction, and the 1940s is a time that continues to draw me in.

I wanted to set a novel in the period and create a woman at the centre of that story who is adaptable, smart, stylish and has grit – a 1940s private eye story with a stand out heroine. She became the stylish, champagne swilling, fast talking and fast-driving Billie Walker.

What is your research process like for a crime novel?

Dead Man Switch is my first historical fiction novel, and it took me over two years to research and write. I always begin with the characters and their motivations and quirks, and I try to imagine what they would do when faced with various challenges and dangers, but those situations must be as authentic as possible. Research is key for me. That has been true of all of my twelve books. I’ve been set on fire and choked unconscious for research, among other things. For this novel I looked at everything from blueprints of buildings from the period, to authentic 1940s dress patterns and historically accurate news, maps and more. I walked through the old buildings, and could almost give a Billie Walker tour of Sydney. I tried things – like 1940s accurate darning – that Billie does in the book. Choosing a car – the Willys Roadster – was just one of many delights during the writing and research process and I hope I get to take one for a spin. Built in the 30s, there aren’t too many of them on the roads these days, but they were famously fast. (I have earned my CAMS race driver licence.)

I have a motto that life is too short to live the same day twice, and I live by that. I do write each day, but I don’t stick to routines, as they don’t seem to suit my personality. After 20 years as an author I know myself and my work fairly well. I am highly motivated, which is important as a person working from home, but I am also always changing and looking for something new to learn – different genres (this is my fourth genre), different settings and characters.

I have been double deadlining this year, with Dead Man Switch and also the fourth in my Pandora English paranormal series, The Cobra Queen, which launches in March.

I have loved storytelling since I was a kid, and I grew up in a house full of books. Watching parents read and having them read to you is often formative in establishing a lifelong love of books.  I’m grateful for that. 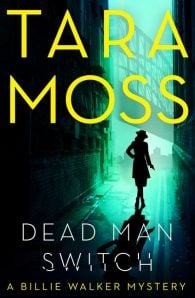 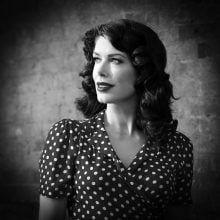 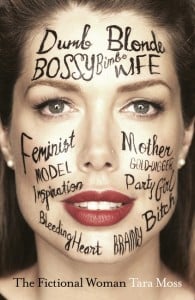 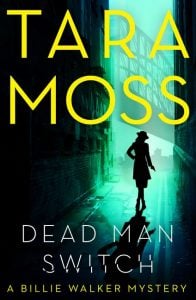