Tell us about your background and what led you to write this book?

I grew up in bookshops. My father started as a publishing rep for various publishers in the 70s, in Sydney and Melbourne, and then opened his own bookshops, first in regional NSW, then in Melbourne. So I spent most of my childhood and teenage years hanging out in or working in my parents’ shops.

Both my parents had a great passion for books and reading, my mother was an English teacher before she became a bookseller, and I inherited that from them. But I was an academic first, a historian, before turning to fiction. I wrote a history Ph.D. at the University in Melbourne but knew as soon as I finished it that I didn’t want to pursue history or to try and get the thesis published.

It is a strange feeling. On the one hand, it feels like it was a long time coming. The book was acquired in January last year, and I was working on it for around three years before that. So, it feels like the culmination of a lot of work. But on the other hand, it feels kind of unreal, and I feel somewhat detached from it already. You work so hard on a book but then you emerge from it, as if from a dream, and it does all of a sudden feel a little unreal, a little uncanny. I almost can’t remember how it felt to be so immersed in it, as I was for so long.

Having a book coming out in a pandemic has also meant that I have been paranoid that something will prevent it from coming out at all, so I am mostly just very glad it has come out, and that I can now hold it in my hands.

The title is very literal, in that there is a scene in the book where Clara, one of the main characters, gets caught in ‘the fogging’: routine spraying of pesticides through the grounds of resorts in Bali. The scene becomes a pivotal one in the book and has ramifications for both Clara’s life and her relationship with the protagonist, Tom.

There was a discussion with my editor and publisher about the title, about whether it was too suggestive of a genre novel, perhaps crime, or science fiction, or horror, rather than literary fiction. But no other title became a real rival. It suggests a certain mood, and it also has several metaphorical implications, which no other title could compete with, including the fog of silence in Tom and Clara’s relationship, and the fog of anxiety that Tom has to live with.

I would never want to be didactic about that, but I think it would be something about the crippling nature of the shame that can surround people with mental health issues, and perhaps anxiety disorders in particular. And something about the unknowable nature of these conditions, that there are not always simple triggers and simple cures. And beyond this, some things about people. That relationships that are based on concealment and silences are never going to be good, lasting relationships. And maybe it is possible, even a good thing, to hold contradictory or conflicting feelings about people. That you can feel empathy and antipathy for people at the same time. That your feelings about people can be as complex as people are themselves, and that we don’t need to sort people into simple categories of good and bad.

One challenge was around writing a flawed and not entirely likeable character and having the story be told entirely from his perspective. It was technical, in that some of the most important things that happen in the book are done by Clara, and Tom is fairly oblivious to her motivations, so how to make sure the reader understands what is actually happening was a challenge. But it was also tonal and about character; how unlikeable I was comfortable with Tom being.

At this historical moment, with Trump in the White House, and the endless #MeToo revelations, etc., writing a blatantly ‘bad’ man, a misogynist, a straight-out arsehole, would be very easy. Maybe the right writer could do this brilliantly, but I wasn’t interested in writing that kind of character. On the other hand, I wasn’t interested in writing a nice guy who is just a victim either. Someone who is blameless, or a figure of pity. For me, fiction is better than any other form at capturing complex psychology and rendering complicated characters and feelings. I was interested in writing a flawed character for whom you might feel sympathy at times, and at other times frustration, maybe even antipathy. I would be happy if readers felt they could sit with their conflicted feelings about someone like Tom. But this does ask a bit of the reader because there are uncomfortable moments in the book where you are immersed in the male gaze. And all I can hope is that readers can feel in the writing that I am not simply or uncritically reproducing the male gaze, which is of course the point of view of most twentieth-century fiction, but offering a critique of it.

Every novel becomes part of the discourse around ‘the novel’ and is a response to the books that come before it. I like novels that feel like they present a critical engagement with the form, and in The Fogging I was trying to contend with the dominance of that perspective, the male gaze, in the history of the novel, and not shy away from it, but not reproduce it unthinkingly either. I’d like to think the book offers a critique of this male gaze and the kind of masculinity that makes life difficult for Tom and a real, honest relationship difficult for him and Clara. But beyond that, I was trying to write someone who felt real, and this is who I came up with. If people throw the book across the room at page twenty, then I can’t blame them, I realise I have not written an easy or light book, but I would like to think there are rewards for their investment if they persevere.

At some point in the process of writing a book, you have to accept that it might not be for everyone and that you cannot please everyone, but if you follow your nose and hold your nerve, and if you are lucky, the work might find the right readers. This seems better than trying to write a bland or safe book.

Something about patience, and doing the work. As I said earlier, I wrote a Ph.D. before this book, which took four to five years and there were periods during that process when I wasn’t sure I was up to the job of writing a Ph.D. thesis. But it came together. The writing got better over time and the research and the argument came into focus, and all of a sudden I had something that read like a history Ph.D. From that experience, I learnt a lot about trusting the process, and about patience. You can’t take your first bad drafts too seriously. Everyone has bad first drafts. A lot of would-be writers are probably put off by their horrible first drafts. So much of the work is rewriting. Three or four years later those drafts will be much better. I wish I had understood that earlier. I had thought because my first drafts weren’t great, I was not good enough to be a writer. I wasted a lot of time. Being critical of your work is good though because it means you can see the gap between your work and good published writing, and that means that, if you really want it, you can work at bridging that gap, and see the progress. The writers that don’t see the gap are the ones that won’t make it. It’s just about not letting that gap scare you off completely. But ultimately, you do come back to things if you want to do them.

Better Reading acknowledges the support provided by Copyright Agency for us to promote The Fogging. Trouble in Paradise: Take a Look at an Extract From Luke Horton's Brilliant Debut Novel, The Fogging 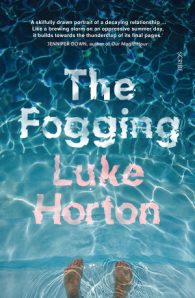 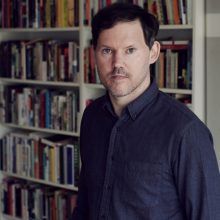 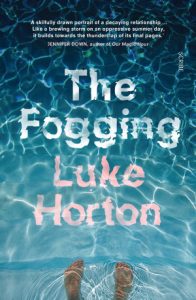