Mandy Robotham Shares the Inspiration Behind her Incredible Debut, The German Midwife What inspired the idea behind The German Midwife?

I was working as a midwife at the time, and just finishing an MA in Creative Writing – at the same time looking for that elusive novel idea, which I knew I wanted to base around birth. As midwives, we often chew over the morals of our work, and I began to ponder if there was one scenario or one baby we might not be motivated to help or save. For me, the answer was obvious – the idea of stopping a gene pool of history in its tracks. For a long time I thought it was a short story until novelist Katie Fforde insisted it was my first novel. Thanks Katie!

There were two strands: the midwifery side and the vast ocean of war history. As a midwife, I’ve been at hundreds of homebirths and used to not having lots of technology to hand. Luckily, nature’s birth process hasn’t changed but I did have to research what equipment midwives would have had at the time (almost nothing) – The British Library is excellent for obscure books and articles, and has a huge newspaper archive. For the general history, I picked one good wartime text book, and then branched from there, to more specific texts, or novels – John Boyne’s The Boy at the Top of the Mountain was useful. I always use a lot of online photographs to frame my writing too.

Ooer, I’d hate to say. There are endless wartime history searches, with taglines on ‘Nazi’ and ‘fascist’,  and a lot of surfing and shopping for typewriter-based things (I have a mild obsession for all things typewriter), plus searches for obscure knitting patterns. I have knitted a placenta in my time, used for ante-natal classes, and my latest odd knit is a Harry Potter Mandrake.

What are you hoping the reader will take away from The German Midwife?

Perhaps that whatever side we might be on – in any conflict – there are good and bad people on both, and that the sides are not often drawn by ordinary people, but politicians. Also that humans, women especially, have an incredible tenacity and a will to survive. I witnessed that endlessly a midwife.

For previously published authors, does the creative process get easier for you with each book?

It’s not so much easier, as different. Your first book is often written into a vacuum, with no one to please but yourself – someone either likes it or doesn’t, but you are driven by your own passion for the subject. With any subsequent book, you are generally contracted to come up with a certain feel to a second novel, so it’s a different process of working out a story and different characters, but one that really interests you and you want to write about. A lot of writers say the second book is notoriously difficult and much harder than the first.

AMAZING! I’d been dreaming of that moment since I was nine years old and it didn’t disappoint. I fanned and smelled the pages for an age. My face ached from grinning. To think that someone might want to read what just came out of my head – it still feels unreal to me.

What was the most challenging part of writing The German Midwife?

I think trying to be true to the history, but in terms of the plot, also making it workable as a reality – something that didn’t happen but could have. For ages I planned a pivotal point up at the Bavarian retreat to occur on D-Day, but I discovered that Hitler was actually present there on June 6th, and so I had to move it. I was quite irritated by that!

Unusually, I didn’t have a title for the book until near publication – it was called ‘War Child’ for a long time, but it was always a working title and didn’t feel right. In the UK, the book is titled ‘A Woman of War’, but The German Midwife does exactly what it says on the tin! It was my publisher’s, Avon, and worldwide Harper Collins that came up with both.

I’m always intrigued about how other writers work, their thought processes and where they actually write. I love going to book festivals and being around readers and writers – such a buzz. But I suppose it’s also been learning in the last couple of years that it’s not just about tapping away at whatever you want – if people buy your books, you have a responsibility to them as readers, to be open and available, to share your process. There’s so much more to it than simply writing, and that’s all part of the job.

Also listening to successful authors when they say ‘keep going’, particularly when I was on the point of giving up. I would say the same: never give up. Write something every day, because it’s never wasted. Someone, somewhere will be reading and liking.

The easiest is undoubtedly when the words are coming thick and fast – the same as a good exercise session when you reach a certain point and the endorphins start to flow. But at other points it is like swimming through a bog with your legs tied together. Discipline to get down to it is also hard – I face the fear of the empty page every day, and will do almost anything to avoid it (including once cutting my dog’s eyebrows as an ‘urgent’ chore). Then once I’m off and typing, I love it. I wouldn’t swap it for anything – for me, being a writer is living the dream.

Thank you, and I hope you enjoy the book! Mandy Robotham's The German Midwife is a Powerful and Unforgettable Debut 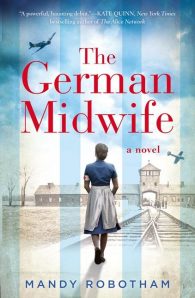 An enthralling tale from the #1 Globe and Mail and USA Today Best Selling Author.“A powerful, haunting debut”-Kate Quinn, New York Times bestselling author of The Alice NetworkAn enthralling new tale of courage, betrayal and survival in the hardest of circumstances that readers of The Tattooist of Auschwitz, The Secret Orphan and The Man Who Broke into Auschwitz will love.Germany, 1944. A prisoner in the camps, Anke Hoff is doing what she can to keep her pregnant campmates and their newborns alive.But when Anke's work is noticed, she is chosen for a task more dangerous than she could ever have imagined. Eva Braun is pregnant with the Führer's child, and Anke is assigned as her midwife.Before long, Anke is faced with an impossible choice. Does she serve the Reich she loathes and keep the baby alive? Or does she sacrifice an innocent child for the good of a broken world?∗Published in the UK as A Woman of War∗Mandy Robotham's highly awaited next book, The Secret Messenger, is out now. 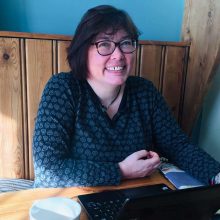 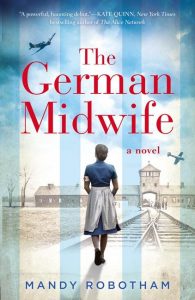 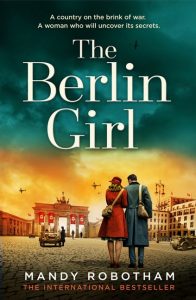