Read About the ‘Gutsy Octogenarians’ that Inspired Lisa Ireland’s, The Secret Life of Shirley Sullivan The Secret Life of Shirley Sullivan is about a 79-year-old woman who decides to kidnap her husband from his nursing home. Shirley wants to take Frank back to the beach where they first met. The pair embark on a road trip in a Kombi and make their way down the south coast of NSW, visiting places that are meaningful to Frank along the way. Frank has Alzheimer’s disease and his memory is failing him. Shirley believes the trip will help restore the essence of the man she knows and loves, if only for a short time. More than that, she hopes that by giving Frank the holiday he’s always dreamed of, she can atone for the secret she’s kept from him for decades.

The book has a dual timeline – alternating between the runaways’ road trip in the present day and their love story beginning in 1961.

Over a decade ago, I was flicking through a newspaper when I came across an article about an elderly couple who had escaped from their nursing home and gone on the run. They evaded authorities for days – even slipping out of police custody at one point!

I was captivated by this story and I knew I wanted to write about these gutsy octogenarians one day. The idea percolated away at the back of my mind for years.

Then, in 2018, I discovered a box filled with my parents’ old love letters. These were written in the early 1960s and filled with fascinating details of day to day life at that time. It occurred to me that I could use these letters as the inspiration for the elderly couple’s back story. Once I started to write, the characters of Frank and Shirley spoke strongly to me. The details of their chance meeting were borrowed from my parents’ story, but they very much became their own people on the page.

What was the most challenging part of writing the book?

I think the most challenging part of writing this book was accurately depicting Frank, who has dementia, without losing the essence of the man that he is. The book is told exclusively from Shirley’s point of view, so I didn’t have the luxury of sharing the inner workings of Frank’s mind with the reader. I had to show his thoughts through his speech and actions.

Older Frank is very loosely based on my grandfather, who developed Alzheimer’s Disease in later life. Even so, I did months of research on Alzheimer’s and other causes of dementia, because I wanted Frank’s character to resonate with those who have experience of the disease. I read firsthand accounts from Alzheimer’s patients and their carers, visited nursing homes, and spent time with a number of people living with dementia. I also did an online course to become a ‘Dementia Friend’, which was simple and something I would highly recommend to everyone.

Many years ago, I studied Professional Writing and Editing at TAFE. It was a great course and I still call on the knowledge I learned from my lecturers back then. Possibly the most helpful advice I got during that time was to write the first draft as if no one will ever read it.

It’s a simple piece of advice, but harder to put into practice than you might think! When you want your work to be published, sometimes it can feel like there’s a host of people looking over your shoulder as you write – your mum, your partner, your friends, your colleagues and the list goes on! Equally, once you have been published you feel the additional presence of your peers, your editors and your readers.

I try to turn off those voices when I’m in first draft and write purely to please myself. By doing this I find I can get closer to the true heart of the story I’m trying to tell.

In a word, no! Like many writers I suffer from almost crippling self-doubt. Each time I start a new book I struggle to believe I will be able to finish it. After publishing six books and numerous short stories and articles, I still feel like I have no idea what I’m doing.

It doesn’t help that my process seems to change with each book I write! My first book was written in scenes as they came to me. At some point I managed to weave all the scenes together to make a readable story, but the process was laborious and not one I have repeated. Some books I’ve plotted meticulously and others I’ve used a loose outline. One book, The Shape of Us, had no outlining whatsoever. I just sat down and started writing!

I’m still refining my process, but I have learned that for me, plotting too carefully stifles my creativity. If my outline is too detailed it kills the magic and I lose interest in the story. Podcast: Lisa Ireland on Giving Older People a Voice in Her New Novel 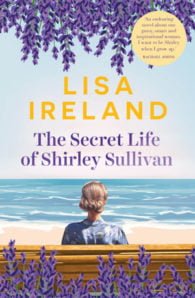 'Elderly. Is that how the world sees me? A helpless little old lady? If only they knew. I allow myself a small smirk.'When Shirley Sullivan signs her 83-year-old husband, Frank, out of the Sunset Lodge Nursing Home, she has no intention of bringing him back.For fifty-seven years the couple has shared love, happiness and heartbreak. And while Frank may not know who his wife is these days, he knows he wants to go home. Back to the beach where they met in the early 1960s . . .So Shirley enacts an elaborate plan to evade the authorities - and their furious daughter, Fiona - to give Frank the holiday he'd always dreamed of.And, in doing so, perhaps Shirley can make amends for a lifelong guilty secret . . . 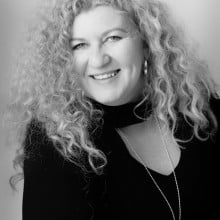 Although born and bred in the city of Melbourne, Australia, Lisa has always been a country girl at heart. After graduating from university, her love of horses, cattle dogs and tumbling-down farmhouses led her to accept a teaching position at a small school in rural Victoria. A flood, a bushfire, and countless snakes taught her there was more to life on the land than fluffy sheep and home baked scones! Lisa hopes her stories reflect the deep admiration she has for rural communities. She will never forget the hospitality she was shown as a wide-eyed city slicker, new to life in the bush.Lisa now lives in a small coastal town and spends her days dreaming up stories as she walks along the beach. (Don’t tell her husband — he thinks she’s there to watch him catching waves.) When not writing, reading or conducting conversations with characters in her head, Lisa is busy being mum to her three boys and trying her best to train her impossible but adorable Labrador. 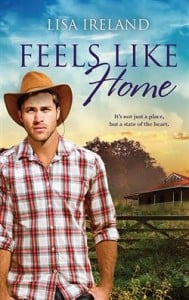 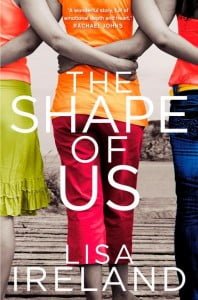 The Shape of Us 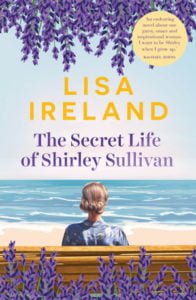 The Secret Life of Shirley Sullivan