In my twenties I loved the short stories of Jorge Luis Borges. They’re generally very short, very precise and very jewel-like. Some of the worlds he created are strange — worlds that pose philosophical questions and make you think in ways you’ve never thought before. One world, for example, is an endless library (The Library of Babel). So at some point in the 80s I wrote a few pages about a Borgesian sort of world which consisted of a vast house in which an ocean was imprisoned. Two characters inhabited it; one character understood the house instinctively and could navigate it easily and the other character could only really increase his understanding of the house by studying the first character. So this story has been with me for almost 40 years, but for several decades I couldn’t work out how to write it or what the characters’ story was.

Another Borges story that I particularly loved was The House of Asterion. Until very recently I don’t believe I’d read it for 20 or 30 years. But when I did read it I was astonished by the way that story and Piranesi echo back and forth. Details I’d entirely forgotten are there in Piranesi. Even sentence structures.

What was the research process like for the book?
I am a terrible researcher. Appalling. I pile up books on every subject. I think I need to know everything. If, for example, I realise that the characters possess a number of forks, I can easily get side-tracked into reading a history of forks. It is a real struggle to decide what I actually need, as opposed to what is a fascinating little byway. For Piranesi I read about the history of clouds. I thought I need to know this because there are clouds in the House. As it turned out, it was completely irrelevant. I also read Gary Lachman’s, The Dedalus Book of the 1960s: Turn off your mind. That was much more useful. It described an intellectual landscape where psychedelia, the occult and religion butt up against each other. Very much the sort of place where Laurence Arne-Sayles would feel at home.

Before sharing his Journals with us, Piranesi addresses The Sixteenth Person ‘Who are You? Who is it that I am writing for?’ (page 12). Who did you have in mind when writing Piranesi?

I don’t really have any sort of reader in mind when writing. The thing is not to write for an imagined person or a real person, the thing is to get the story right (or as right as you can); to find the right characters to serve the purposes of the story; and conversely to find the right story that the characters can tell. That is the thing I am always trying to get right, the story. The story is the plot, yes, but it’s also the events and the characters and the unique atmosphere — the unique taste of that story alone.

In both novels I’ve written there’s been one character who has turned up and said to me, ‘It’s OK. Relax. I’ve got this.’ In Jonathan Strange and Mr Norrell it was Childermass. Whenever he appeared in a scene I felt like he pulled up a chair for me to sit down, made me a cup of tea, and told me he would handle everything. And then he pretty much wrote the scene for me. I loved Childermass. (I still do.) In Piranesi there was a character a little bit like that, but he was a very different person from Childermass and I didn’t exactly love him. It was the Prophet. When the Prophet appeared he waved me airily aside and then just wrote his own dialogue. I had to type really fast to keep up. And when he had finished, he looked round and smiled, like he was saying, ‘That’s the way it’s done.’ And then he strutted off.

What’s on your bedside table at the moment?

The several wobbly piles of books on my bedside table would, if amalgamated into one pile, be at least as tall as the table itself. They include approximately half of Diana Wynne Jones’s children’s books. I’ve read them all many times. They’re there in case I need quickly to go into one of her many worlds. My favourites are probably The Merlin Conspiracy and Conrad’s Fate.

Also on the bedside table are tiny, tiny things: a tiny wine-coloured bear that a friend gave me when I was in hospital; a tiny Ganesha that a different friend gave me; a tiny, ceramic baby badger which is a) curled up asleep, b) Japanese, c) slightly surreal, d) green. It gives me a peaceful feeling whenever I look at it.

As my brain is so often tired, I do a lot of re-reading. Piled up on the window ledge are about half the Cadfael novels, medieval detective stories by Ellis Peters. Peters is one of two female crime writers I can think of who wrote older women marvellously (the other is Margery Allingham). She not only found older women fascinating, she also found them beautiful and earthy and glamorous. She is an optimistic writer, in love with people. Although Cadfael always solves the murder at the end of the book and restores peace of the community, the background to her books is a vicious civil war in England — so the books are partly about finding peace, beauty and meaning during a time of crisis and shock  — which seems pertinent. Spectacular and Spellbinding: Read our Review of Piranesi by Susanna Clarke 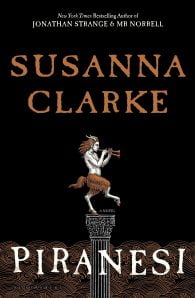 The long-awaited return from the author of the multi-million copy bestselling Jonathan Strange & Mr NorrellPiranesi lives in the House. Perhaps he always has?Jonathan Strange & Mr Norrell transported over four million readers into its mysterious world. It became an instant classic and has been hailed as one of the finest works of fiction of the twenty-first century.Fifteen years later, it is finally time to enter the House and meet Piranesi.May your Paths be safe, your Floors unbroken and may the House fill your eyes with Beauty. 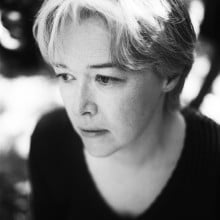 Susanna Clarke was born in Nottingham, England, in 1959, the eldest daughter of a Methodist minister. She was educated at St Hilda's College, Oxford, and has worked in various areas of nonfiction publishing. She has published a number of short stories and novellas in American anthologies, as well as her own most recent collection of short stories entitled The Ladies of Grace Adieu, and Other Stories. 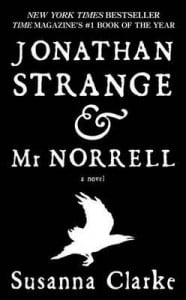 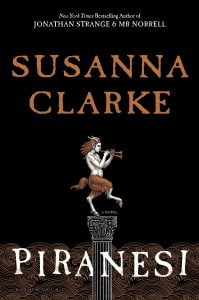