The Daughter of Victory Lights is an enthralling story of one woman’s determined grab for freedom after WW2. Tell us more.

It really explores the concept of how life for women was forever changed after the second World War. During the war years they were asked to take over dangerous jobs to free men up for the vital fighting roles; suddenly women found themselves learning how to do things they never could have expected. It had been the long-held belief that women weren’t capable—mentally or physically—of working in factories, operating heavy machinery, learning to fly, and all manner of other ‘manly’ tasks. But the war changed everything, and everyone was expected to step up and do their part; as a result women found that not only were they more than capable, they also enjoyed using their brains and bodies in these new ways. They also relished the independence that came with their new roles. However, once the war was over, it was expected they go back to their previous domestic lives. It was considered women’s responsibility to create a ‘home’ atmosphere to help the returning servicemen settle back into ordinary civilian life, and even speaking about their war work was an insult. But so many women had changed during the war years, and now felt stifled in not having a choice how to spend their days. My protagonist, Evelyn Bell, is one of these women. She’s unmarried and has no children, and her experience in the all-female 93rd Searchlight Regiment opens up a rare opportunity to do something different with her life. So she grabs that opportunity, not knowing exactly what it will mean or where it will take her, but wanting to live life on her own terms.

It actually came to me in a backwards kind of way. Whereas my previous book, The Last Days of the Romanov Dancers, started with a very specific subject matter that I wanted to explore, what came first with The Daughter of Victory Lights was a setting. I had a dream one night about a boat, where men and women in fabulous, vintage-looking swimsuits and swimming caps were doing handstands on the rails and flipping off into the water. It was like watching a spectacular show, and when I woke up in the morning I told my husband about it, saying it would make an amazing setting for a book. I filed the idea away, thinking nothing would likely come from it, but that same morning my husband and I were going to the Maritime Museum to see a Titanic exhibition. After exploring the exhibition we decided to wander through the rest of the museum. We found this area that had a display of swimsuits throughout Australian history. Tucked among the swimsuits was a television which was playing old black and white footage of men and women in 1950’s swimsuits doing handstands on the edge of a jetty or dock, then flipping into the water. They looked exactly like what I’d seen in my dream—minus the boat!—and I was so excited about it. I took it as a sign. From there I worked my way backward into the story; I knew my main character would be female, and that she wouldn’t be a performer, as my last book had performers as the protagonists and I wanted to do something different. I settled on having her work the lighting, as I’d had a friend do that work when I was training to be a dancer, so it was something I felt close to and was interested in. I knew the boat was full of misfit-type characters, and that due to the timing my protagonist must have ended up there after her experiences in the war. So I started looking for something that would relate to her lighting work on the boat, and that’s what led me to discovering the 93rd Searchlight Regiment.

It differed a little from my last book. This time I didn’t have to research an entire different language, which helped. But I had to do a lot more research into geography. Because the boat in the story is a travelling one, I needed to find multiple seaside cities and large towns that had a population in the 1950’s substantial enough to support such a show, warm weather to make it feasible that the performers could go in and out of the water, and some area of coastline that would allow people to get out and see the show.

I also travelled to the Isle of Wight and stayed there for a number of days, as quite a big section of the book is set there. The village of Bonchurch, where the character of Lucy lives, really has a character of its own, and I’m not sure I would’ve been able to do the sharp variations of scenery and the charm of the place justice if I hadn’t been there.

Other people’s books always influence me. They say you can’t be a great writer without being a great reader, and I think that’s true. I try to read across all genres and age groups, as I think there’s something to be learned from every book.

Most days I write in two sessions, for a few hours mid-morning until lunch, and then another couple of hours in the afternoon. Between those times I do the necessary household things, whatever admin is required for my current or next book, as well as try to do things that refill the creative well—going for a walk, playing with my dog, baking, listening to music, watching movies, etc. I read in bed every night before I go to sleep. Once a week I teach a tap dancing class for over 55’s, so the routine shifts a little, but I still make time to write. As soon as I finish work on one book, I begin the next one because I’m always so excited about my next idea. Right now I’m working on another historical fiction novel, this time set in the era of classic Hollywood cinema. Once again I’m looking at roles that men and women had that little is known about. 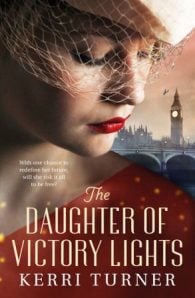 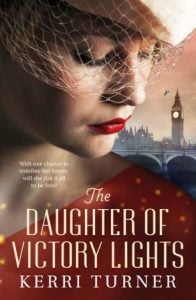