Dear Edward is at once a transcendent coming-of-age story, a multidimensional portrait of an unforgettable cast of characters, and a breathtaking illustration of all the ways a broken heart learns to love again. Can you tell us a bit more about the book?

The novel opens with passengers boarding Flight 2997 in Newark, New Jersey, bound for Los Angeles. We get to know several of the passengers—a soldier returning from Afghanistan, an octogenarian plastics baron, a woman named Florida who believes in reincarnation, and a twelve year old boy named Eddie and his family. The second chapter takes place later the same day, when the plane has crashed. These two timelines—the flight, and Edward/Eddie’s life after the crash—alternate for the rest of the novel. Both timelines remain present and essential for Edward; he needs to carry both forward in his new life in order to become a whole person again.

The genesis of Dear Edward was my obsession with a real plane crash in 2010. A commercial flight from South Africa to London—filled with mostly Dutch passengers on their way home from vacation—crashed in Libya, and everyone on the flight died except for one nine-year-old boy named Ruben van Assouw. Ruben was found still strapped into his airplane seat about a half mile away from the wreckage. Investigators speculated  that he’d been sitting near the fuselage and had been basically ejected from the plane. He had a badly broken leg and a punctured lung, but was otherwise fine. Everyone else, including his parents and brother, had died immediately. I couldn’t read enough about this story, and I knew fairly quickly that I was going to have to write my way into understanding how a little boy could possibly walk away from this crash, from the loss of his entire family and find a way to whole-heartedly live again.

I’m inspired and excited by excellence, by people committing to their craft with everything they have. This applies to writers, of course, but I’m also fascinated by people like the basketball player LeBron James, who works harder than any other player, and who has systematically maximized his own potential by adding skills, and crafting his body with weightlifting and nutrition. I recently watched the documentary Free Solo about the climber Alex Honnold summitting El Capitan without equipment, and even though I have no interest in rock climbing, I loved seeing how hard he worked, and how intelligently he prepared for the climb. How he took a challenge that seemed impossible, and made it possible. It’s important to me to bring that level of commitment to my work, and to strive for excellence (this doesn’t mean I achieve excellence, but the striving is essential to me).

I try to write in the morning—at my kitchen table, with an oat milk latte—just after dropping my kids off at school. But because of said children, I have to be flexible, and I sometimes write in my parked car, or on the subway, or for a few minutes here and there when I have the chance. When I’m in the flow of working on a book, I try to write for at least a few minutes every day, so that the story remains vivid and alive.

I spend the first year of each book taking notes and doing research, and that’s the part of the process I’m in now. It’s helpful for me to commit to thinking about and planning the narrative, before I start writing sentences. Something about writing scenes turns my logical brain off, so I need to set aside time to think clearly. At this point, it seems very possible that Edward and Shay will feature in my next novel.

“What does it mean not just to survive, but to truly live?” Do you have an answer to that?

For Edward, I think it means being able to love again. To make himself vulnerable, to be willing to connect with other people despite everything and everyone he’s lost. For all of us, I think it means becoming more—more human, more compassionate, more wise—on the other side of a tragedy, instead of being destroyed by it. What Does it Mean to Truly Live? Read an Extract from Dear Edward by Ann Napolitano 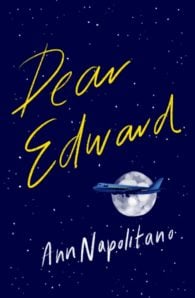 A luminous, life-affirming novel about a 12-year-old boy who is the sole survivor of a deadly plane crash.One summer morning, a flight takes off from New York bound for Los Angeles. There are 191 passengers aboard: among them a young woman taking a pregnancy test in the airplane toilet; a Wall Street millionaire flirting with the air hostess; an injured soldier returning from Afghanistan; and two beleaguered parents moving across the country with their adolescent sons. When the plane suddenly crashes in a field in Colorado, the younger of these boys, 12-year-old Edward Adler, is the sole survivor.Dear Edward depicts Edward's life in the crash's aftermath as he struggles to make sense of the meaning of his survival, the strangeness of his newfound fame, and find his place in the world without his family. As Edward comes of age against the backdrop of sudden tragedy, he must confront some of life's most profound questions: how do we make the most of the time we are given? And what does it mean not just to survive, but to truly live? 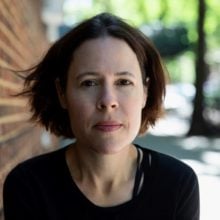 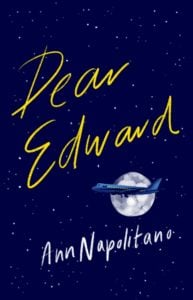