One of the protagonists in my debut novel, The Good Hawk, has Down’s syndrome. That’s not what the novel is about, though – far from it. It is an epic fantasy adventure, set in an alternate version of Scotland, with fighting clans, mysterious creatures and devastating plagues. Agatha, the heroine of the story, is a feisty teenage girl. She’s brave, opinionated, compulsive, and incredibly loyal to her clan. The fact that she has Down’s syndrome is just one part of who she is, although it does inform some of the ways she is treated by others. It is these judgements and preconceptions she must battle and overcome, as well as the challenges and terrors of the wider world, outside the safety of her island home.

The decision to include a character with Down’s syndrome was one of the first choices I made when I started planning the book. I was working as a teaching assistant in a special needs school at the time, so children with additional needs were the children I knew best. I wanted to write the kind of character the children I was teaching could relate to. Inclusivity is crucial in children’s books, as books are one of the first ways in which children experience other people’s views of the world. I’m a firm believer that every child deserves to see themselves reflected in the books they read. At the same time, exposing all children to a rich, diverse range of characters helps them to challenge preconceptions they may have and teaches them to value and respect everyone equally.

Although there has been an increase in children’s books featuring characters with disabilities over the past few years, the number with a lead character with Down’s Syndrome is still notably low. There are a few out there: last year Usborne Books published Mel Darbon’s brilliant Rosie Loves Jack, which features Rosie, a wonderfully bold character who goes on an adventure across London to find her lost boyfriend. There’s also Jo Coterill’s A Storm of Strawberries, which is told from the perspective of twelve-year-old Darby who has Down’s Syndrome, and Sky Song by Abi Elphinstone, a fantasy adventure in which the protagonist’s sister, Blu, is based on Elphinstone’s own sister-in-law, who has Down’s Syndrome. So, four books (that I know of, including mine – if I’ve missed any, please do let me know). It’s not great, but it’s a start. And as more characters with disabilities appear in mainstream literature, more will follow. That’s my hope, at least. For now, Agatha is patrolling a sea wall on the Isle of Skye, waiting for adventure. I can’t wait for you to meet her.

The Good Hawk by Jospeh Elliott is out this month 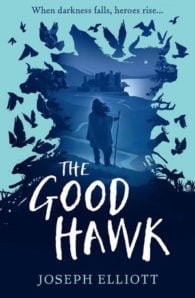 A rich fantasy adventure trilogy, full of warring clans, deadly shadows and devastating plagues...If everything was taken from you, what would you do to get it back?Agatha patrols the sea wall with pride, despite those in her clan who question her right to be there, because of the condition she was born with. Jaime is a reluctant Angler, full of self-doubt and afraid of the sea. When disaster strikes, the pair must embark on a terrifying journey to a land where forgotten magic and dark secrets lurk in every shadow...Thrilling and dark, yet rich with humour and compassion, this novel marks the debut of a wonderful new voice in fantasy and a welcome new kind of protagonist - perfect for fans of The Girl of Ink and Stars , Garth Nix and Michelle Paver. 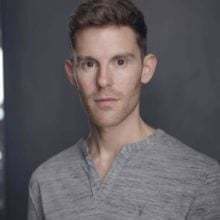 Joseph Elliott is a writer and actor, well-known for his work in children’s television including CBeebies series "Swashbuckle". His commitment to serving children with special education needs was instilled at a young age: his mother is a teacher trained in special needs education, and his parents provided respite foster care for children with additional needs. He has worked at a recreational centre for children with learning disabilities and as a teaching assistant at Westminster Special Schools.The heroine of his first book, The Good Hawk, was inspired by the many incredible children he has worked with, especially those with Down’s syndrome. Joseph lives in London. 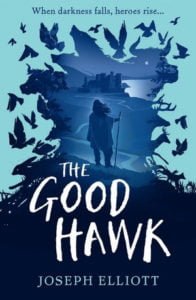