Two of my published novels focussed on the O’Rourke family connections on the Murray around 1895–6. In Where the Murray River Runs, Maggie O’Rourke was mentioned only in passing as the sister of the hero, Ard, and the lost love of his best friend, Sam Taylor.

Somehow, as soon as I knew that Maggie was away working, the plot line began to develop and it became obvious that Maggie and Sam’s story was waiting to be told.

Maggie’s parents were Irish immigrants who’d lived on the goldfields as youngsters, so they knew all about hard work, and the value of a crust. When country opened up elsewhere in Victoria after the goldrush they put their knowledge as orchardists and fruiterers to good use on the river, so Maggie has always been on the land. She was also brought up to be her own person, to do as she saw fit—within the confines of the law.

We knew that Maggie and Sam had had a falling out, partly the reason why Maggie is away working—she’s as far from Sam as she can be. But what drove her away? The reason had to be something tangible for me because I couldn’t imagine anyone walking away from Sam Taylor (he sings love ballads in pure Irish tenor when he’s drunk). Maggie must have been afraid of something, but what? It wasn’t Sam’s singing.

As I continued to research the era, I wrote another book, The Widow of Ballarat, which had the Eureka Stockade as a backdrop. There was plenty to draw on here, including the hardship suffered by women and children. While that has always been the case historically, I couldn’t help but wonder how fearful women on the goldfields were of becoming pregnant, of giving birth, terrified that either they or their baby—or both—would perish. They would’ve been very aware of the dangers, but how many of them would have thought about not ‘going there’, and balked at the idea … What could be done to prevent a pregnancy (that might have been available to lower socio-economic groups), and if one fell pregnant, how assured of a safe delivery and health for both afterwards could a woman be? Not very assured at all.

That was terrifying to Maggie. Knowing that she wouldn’t risk her life, was afraid to do so, sent her fleeing. Plenty of woman younger and older had simply taken pregnancy as a matter of course but not Maggie. She and Sam weren’t married, and being married, which Sam wanted, would make it even more difficult to avoid having babies.

Maggie is strong in her convictions, her health so far is robust and she has a good sense of self. Her values are clear, and though she takes from life what she will, she is a staunch defender of those she loves. Her journey down- and up-river forces her to grow in ways she never knew she could. She takes heart that life will be what you make it, but that it is there to be lived.

And as it turns out, she also loves dogs. What a girl!

For Darry Fraser, writing is her journey and the Australian landscape – rural, coastal, and desert – is her home and hearth. History, hidden catalysts, 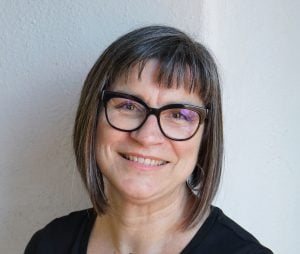 and powerful connections between humans drive her stories. Well-developed characters and layered stories woven with passion denote her love of telling a great tale. Darry is a daughter, a sister and an aunty. She loves animals, especially dogs, and walks her beloved Dog every day. She is left-handed, has an extreme fondness for plain-flavoured potato chips and fresh licorice, and loves a bold berry-flavoured red wine (not necessarily at the same time). Polished and Unputdownable: Read an Extract From The Good Woman of Renmark by Darry Fraser 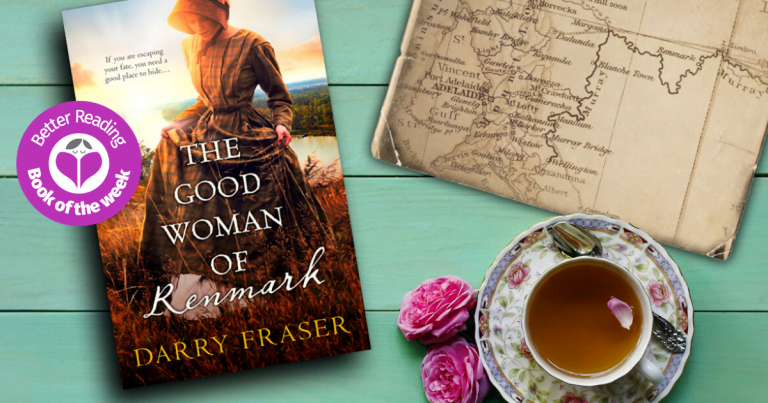 A Highly Enjoyable Historical: Read a Review of The Good Woman of Renmark by Darry Fraser Adventure, romance and history combine in this thrilling 19th century journey through the South Australian bush and along the mighty Murray River in the company of a determined heroine.1895, Renmark, South AustraliaMaggie O'Rourke has always had a hard head. No man was going to tie her down to a life of babies and domestic slavery, even if that man was as good (and as annoyingly attractive) as Sam Taylor. Maggie is happily earning her own way as a maid in a house on the Murray River when disaster strikes.Forced to defend herself and a friend from assault by an evil man, she flees downriver on a paddle steamer. With death at her heels, Maggie begins to realise that a man like Sam might be just who she wants in her hour of need. As for Sam, well, Maggie has always been what he wants.The further Maggie runs, the more she discovers there are some things she cannot escape... 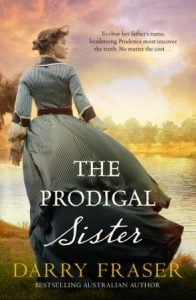