I had no idea I was writing a thriller when I began work on The Mother Fault. I knew there was a woman – a mother – who was forced to flee her home and I had a vague sense of an authoritarian government in a near-future Australia that felt very much like now, but beyond that, there were just blank pages and endless possibilities.

As I began to explain the premise to a few people I got some odd looks – literary dystopian sea adventure with mother – it just doesn’t roll off the tongue with ease.

It was only when I began to fully inhabit the character of Mim, when I went to bed at night as worried for her and her kids, as I was for my own, and when I asked myself over and over again – What would I do if this were me? – that I realised how deeply invested I was. If I could make the reader care as much as I did about Mim and the kids staying safe, surely they too would be kept up late at night desperate to know what might happen next.

Any novel needs a compelling story question to drive the narrative and mine was pretty simple on a surface level – will Mim find her husband, Ben? But that one question can’t carry the story on its own. It helps to put your characters into increasingly difficult situations. When I teach young writers, I tell them to put their character up a tree and throw rocks at them. How a character reacts when they are tested reveals so much about who they are. In The Mother Fault, I continually up the stakes, sending Mim and the kids on the run, putting them on a yacht, throwing in a storm.

Of course, a little sexual tension never goes astray in keeping a reader turning the pages. As a reader, I’m a sucker for the ‘will they/won’t they’ story line, and I loved writing the shifting and often electric relationship between Mim and her old flame, Nick.

I needed a bunch of inspiration along the way to ensure I got the beats right for what was increasingly becoming a white knuckle ride (as a novel and a process!). A lover of all books and films, I shifted focus to crime, to big fat blockbuster thrillers, to films where there were guns and explosions and big juicy conspiracies. Writing a thriller is a brain bender, but it’s also an enormous amount of fun.

It’s really only in conversation with a reader, that a writer is able to fully recognise what they have made. So what did I end up with?

A thriller with heart, they tell me. And the very thought thrills me too. Your Preview Verdict: The Mother Fault by Kate Mildenhall The Mother Fault Author Kate Mildenhall on Writing a Mother-Hero 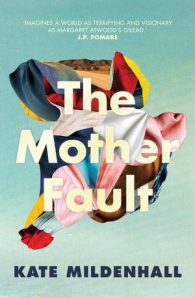 You will not recognise me, she thinks, when I find you . . .Mim’s husband is missing. No one knows where Ben is, but everyone wants to find him – especially The Department. And they should know, the all-seeing government body has fitted the entire population with a universal tracking chip to keep them ‘safe’.But suddenly Ben can’t be tracked. And Mim is questioned, made to surrender her passport and threatened with the unthinkable – her two children being taken into care at the notorious BestLife.Cornered, Mim risks everything to go on the run to find her husband – and a part of herself, long gone, that is brave enough to tackle the journey ahead.From the stark backroads of the Australian outback to a terrifying sea voyage, Mim is forced to shuck off who she was – mother, daughter, wife, sister – and become the woman she needs to be to save her family and herself. 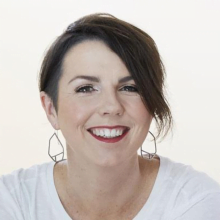 Kate Mildenhall is a writer and education project officer, who currently works at the State Library of Victoria. As a teacher, she has worked in schools, at RMIT University and has volunteered with Teachers Across Borders, delivering professional development to Khmer teachers in Cambodia. She lives with her husband and two young daughters in Hurstbridge, Victoria. 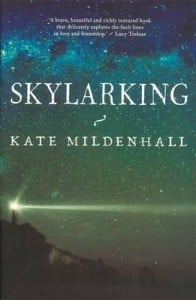 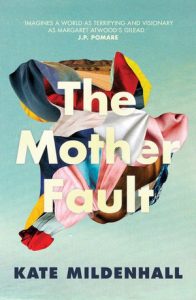