They Were Taken to Perform in Human Zoos: Read a Q&A with Paris Savages Author, Katherine Johnson 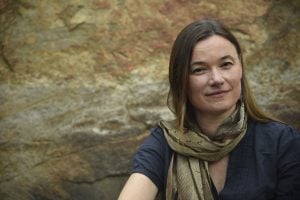 Premier’sLiterary Prizes. The Better Son was longlisted for both the Indie Book Awards and the Tasmania Book Prize. Katherine holds both arts and science degrees, has worked as a science journalist, and published feature articles for magazines including Good Weekend. Katherine lives in Tasmania with her husband and two children. She recently completed a PhD, which forms the basis of her latest novel, Paris Savages.

Paris Savages is a story of love, bravery, culture, and the fight against injustice. Can you tell us a bit more about the book? What inspired this novel?

Paris Savages was inspired by a fabulous ABC radio documentary by Daniel Browning, which first aired back in 2011 and was just re-aired about a week ago. (It won a bronze medal at the New York Festival.) The documentary was inspired by the discovery in Lyon, France, of a 3D full body cast of a young Aboriginal man from Fraser Island – a Badtjala man. The man was called Bonny/Boni/Bonangera and he is holding a boomerang. Daniel did research on the topic and uncovered a fascinating story – three Badtjala people were taken to Europe (Germany, France and Switzerland) in 1882-83 to perform in ethnographic exhibitions/’human zoos’. They danced, sang, threw boomerangs and climbed trees/poles. It was part of a mass wave of entertainment around such shows. Indeed 35,000 performers from around the world were shown in this way from the nineteenth century to the mid twentieth century.

I travelled to Europe after hearing the documentary and saw the cast of Bonny, which made a lasting impression. I spoke to a Badtjala academic about the idea of writing a novel on the story of the three Badtjala people in Europe and received some early advice about how I might go about this as a non-Aboriginal person. The novel turned into a PhD, another trip to Europe where I spoke to academics and visited the exhibition sites the group were known to have been – eg the Dresden Zoo and Berlin’s Panopticum and waxworks. I studied the stories of performers from other countries who were also shown overseas and, with help of archivists and researchers, found a few new pieces of the puzzle. Paris Savages builds on the known parts of the story to imagine what it may have been like for the group travelling in Europe. It is told mostly through the point of view of Hilda, the fictional daughter of the man known to have taken the group to Europe: Louis Muller. When the group leave K’gari (Fraser Island), there have already been many massacres in Queensland. In the novelised version of the story, Bonny wants to go to England to plead the case for his people. But the situation in Europe is more challenging than Hilda or Bonny could have foreseen.

I hope readers’ imaginations will be sparked by the idea that there are numerous untold, sometimes hidden, parts of history that deserve our attention. While we can never know, for example, what it was like for Australian Aboriginal performers in Europe in the nineteenth century – the subject of Paris Savages – it’s important to realise that the wider story of ‘human zoos/ethnic shows’ had long-lasting impacts on western views on ‘race’. By shining a light on the silences in our history, I hope readers will question the stereotypes that some of the shows produced, and even see the link to Adam Goodes being called an ‘ape’ on the football field. Goodes asked for Australians to be educated about prejudice. We need to go back in time to find the origins of those stereotypes and prejudices, and we need to contest them. More than that, we need to turn the light away from the performers in the nineteenth century ethnic shows and back out into the audience. We need to ask, ‘who were the real savages in this story?’. What did it say about western culture that it needed to treat people as ‘other’ in this way? Not to suggest that all performers lacked agency in how they were shown. There is good evidence that many were professional performers, and not victims. These stories of heroism, strength and agency are important, too.

My mother is an artist – a visual artist, and I think her way of looking at the world has influenced my writing. I am fascinated by people and our stories; the things that connect us and keep us apart. I am also incredibly inspired by natural/wild landscapes – which are, I fear, under grave threat in our changing world.

I have just finished a creative writing PhD, which I was fortunate to have received a scholarship for, so have been writing every day. The PhD took four years, but when I include early drafts and the editing process, Paris Savages took six years. I am now doing some casual teaching at university, so will balance that with writing. Previously I wrote around my work as a science writer for organisations such as the CSIRO, and of course family. It is a juggle for most writers, but when writing is something you ‘have to’ do, you somehow make it fit. An Exquisitely Written Book: Read an Extract From Paris Savages by Katherine Johnson My Favourite Book of the Year: Read a Review of Paris Savages by Katherine Johnson 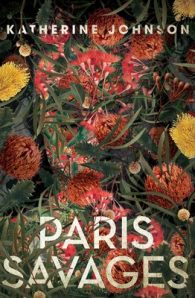 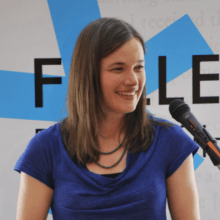 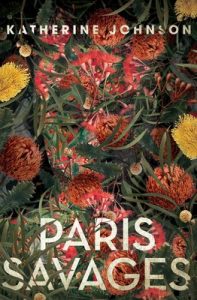