What was the research process like for the book?
Research is one of my favourite parts of writing. Writers get to be experts in so many areas, it’s like having many careers in one lifetime! I had to research the careers of firefighters which involved not only talking to firefighters but also browsing through training material—and visiting open days at my local CFA. I had the opportunity to join schoolkids climbing over various tankers, which was definitely a highlight of my writing process! But research is also a lot about reading and I have a research folder that’s thick with notes. There are so many books that were written about Black Saturday. Over the years writing this book I got buried in their rich descriptions of fire and its impact and role in the Australian ecology. Books that had a real impact on me included Black Saturday at Steels Creek by Peter Stanley, Without Warning by Jane O’Connor, Worst of Days by Karen Kissane, and Kinglake -350 by Adrian Hyland. All these books were full of useful information but if I’ve made mistakes anyway they are all mine! One form of research that I have never done before but found necessary for TORCHED was going in to the Department of Justice in Melbourne, where you can access trial transcripts on their computers. You can’t download them onto a USB stick and you can’t print, you have to read them all in the city office and takes notes there. I also have a fulltime job so it was a big commitment to go in and do that but a lot of the research I needed in order to make Caleb’s trial scenes come to life (through using the right vocabulary, for instance) came from arson trials I read. Visiting the courts while in session was also very useful.
How did you think of the title of the book?
TORCHED took a while to write and had various working titles over the years. For a long while it was “Firebug” but in the end what I didn’t like about that was that it seems to imply that my character Caleb is guilty, whereas that is something I prefer to leave ambiguous, at least until the end of the novel (no spoilers!).  For an even longer time it was “Pyrocumulus” which I still love. It’s the name for a particular kind of cloud that is produced by fires when they get really really hot, so hot they produce their own weather patterns. I love the idea that the word connects fires and nature—because fires are part of nature, that we try to manipulate and control. But nature won’t be controlled. Then when I thought of “Torched”, it won out. Because it’s not only a reference to fire but also to my character’s relationships with each other and also their reputation within the community. All these aspects of their lives are torched by the action of the story. In the end I think a title is something that summarises as much as possible of the ideas I’m trying to write, so I could have gone with either Pyrocumulus or Torched but TORCHED definitely looks good on the cover so I’m glad that’s the decision we went with.
What’s the easiest and most difficult parts of your job as a writer?
Finding the time to write is definitely hard. I’m blessed with a fulltime job as a teacher, which is a job that requires and deserves a lot of care and attention so I have limited hours to commit to writing. I think sometimes it becomes the equivalent of all the hobbies that other people have outside their careers. Instead of sport, I write. Instead of belonging to social groups, I write. Instead of sleeping in, I write. In fact, I often set the alarm for 5:30am so I can get a couple of hours of writing in before my daylight job settles in and takes over everything.
Do you write about people you know? Or yourself?
This is a tricky question! The answer, really is neither, and both. Writers create worlds but they necessarily come from our own experience, both as reader and as people with our own lives. Writing brings a special challenge and advantage however: as human beings, we’re somewhat trapped by our own individual, lived experience. We can never quite get into the minds of other people and understand their motivations. We see what people do but mostly have to guess why. This is why building a character is something a writer has to do from scratch, because to write characters authentically, we need to know the reason behind everything they do, even if the reasons don’t end up in the published book–even if the reasons are for things that don’t advance the plot. Of course, this can come from elements of our own experience. For instance, my character Phoebe in TORCHED suffers from insomnia as I do. From this, I was able to describe some of her experiences. However, her reasons for insomnia spring from a deep sense of guilt that is at the heart of the story. Whereas I have no idea why I can’t sleep. Sometimes I think of sleep as a flaky friend who just doesn’t enjoy my company very much! So my character’s life experience comes partly from mine but is very much fictionalised. (Also, I’m a mother, but fortunately, none of my sons is anything like Caleb!) Explosive and Haunting: Take a Sneak Peek at Torched by Kimberley Starr 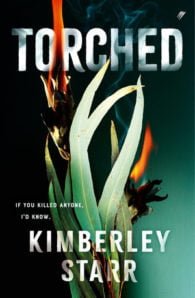 A small Yarra Valley town has been devastated by a bushfire, and Reefton Primary School principal Phoebe Warton can't sleep. She's the single mother of eighteen-year-old Caleb who is accused of starting the fire – on purpose. Twelve people are dead, students from her school among them; only a monster would cause such carnage. But where was her son was that day? No one knows but Caleb, and he's not talking.Against mounting community rage, Phoebe sets out to clear her son. But every avenue leads back to Caleb. Why did he vanish from his Country Fire Authority shift? Who else was at the abandoned goldmine that day? Why is Caleb refusing to speak?Phoebe will be forced to confront the nature of guilt and redemption, and decide what boundaries she is willing to cross to save the son she loves.Torched is an explosive, haunting and compelling crime novel about mothers and sons and the ties that bind them. 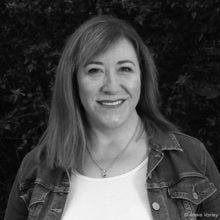 Kimberley Starr is an Australian novelist and teacher whose novels have won and been shortlisted for multiple literary awards, including the Queensland Premier’s Literary Award and the Text Publishing YA Prize.She lives with her sons and their labrador in semi-rural Victoria and is currently completing a PhD in Creative Writing. 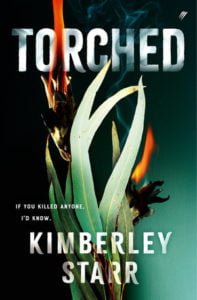 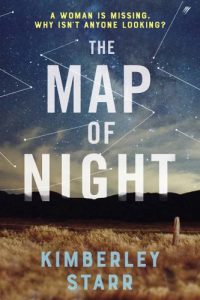 The Map of Night