Write What Your Heart Knows: Q&A With Author of The Safe Place, Anna Downes If I looked at your internet search history, what would it reveal about you?

I just checked and my most recent image searches were trestle table, pea shoot and plush pile carpet. My most recent Google questions were how does a vacuum cleaner work? and how many different types of mailing boxes are there? As it turns out, I frequently search for the dictionary definition of the most basic of words (shadow, slack, brunt) and spend a lot of time on tech-focused websites researching things like PGP encryption, the dark web and bitcoin. I am also a slave to my four-year-old daughter who often asks me to source and print pictures for her to colour in. Based on all of that, I’d say that my internet browsing history reveals me to be an incredibly boring, semi-illiterate cybercriminal with an unhealthy interest in unicorns.

The Safe Place is deliberately suspenseful and I hope it keeps readers guessing – but that isn’t necessarily what drives the book. In other words, I won’t be upset if you guess the twist. Rather, I hope that you connect with the characters and engage with the emotional truth of their extraordinary situation. If you find yourself thinking about Emily, Scott and Nina long after the story is over or wondering what choices you might have made in their place, I’ll consider my job done.

How did you come up with the title of the book?

The book had a few different names before I settled on The Safe Place, the very first of which was All the Stars Are Gone. But that didn’t feel right, and neither did any of the other slightly overblown ideas I came up with. Finally, just before I submitted to agents, a writer friend and I were discussing the name of my fictional setting, Querencia, which I had found while researching synonyms for ‘home’. In Spanish, Querencia is a metaphysical concept, a term that describes a particular area in a bullring to which the bull often returns during a fight. It is where the bull draws his strength, the place where he feels most safe. My friend, recognising the significance of this concept within my story, simply suggested The Safe Place and I never looked back.

What’s the best advice you’ve received as an author?

The best writing advice is something I often say to other people but struggle to follow myself: ‘Done is better than good’. I am a horrible perfectionist, which can really hamper my productivity; I find it so hard to move on from a scene if the details aren’t exactly how I want them, which is no good at all when writing a first draft to a deadline! Another really great piece of advice came from an editor with whom I once did a writing workshop, who said that, for maximum productivity in chaotic environments, you can’t go past a decent pair of headphones and Harry Potter-themed white noise – both of which I now use religiously.

When I first started writing The Safe Place, the character of Emily was very much based on me and I drew heavily from my own life in order to write those first few chapters. But as the story started to make its own demands, she became her own person – and I slowly realised that, when it comes to fiction, my own experiences are valuable as a springboard only. When I try to stick too closely to writing about a real person, be that myself or someone else, my imagination gets edged out and the whole thing starts to feel uncomfortable; similarly, other people’s ticks and foibles are great to drop in as little details, but I try not to lend them too much weight. Instead, it’s more helpful to use an emotional experience to jumpstart an idea, or to colour a scene. Characters begin as something I feel or observe, but ultimately the story makes them whole. I think the old saying ‘write what you know’ shouldn’t be taken too literally; instead, maybe it should be ‘write what your heart knows’. That feels truer to me. 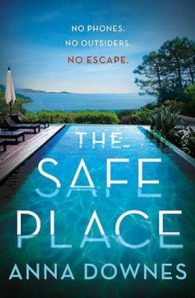 For struggling actress Emily Proudman, life in London is not working out as planned – in fact, it’s falling apart. So when she is offered a live-in job working for a wealthy family on their luxurious coastal property in France, she jumps at the opportunity to start over.The estate is picture-perfect, and its owners exude charisma and sophistication. But as Emily gets to know the family, their masks begin to slip, and what at first appears to be a dream come true turns out to be a prison from which none of them will ever escape – unless Emily can find a way to set them all free.Superbly tense and oozing with atmosphere, The Safe Place combines the modern suspense of The Girl on the Train with the gothic mind-games of Rebecca. 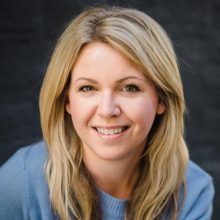 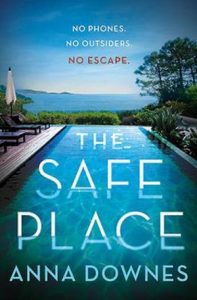 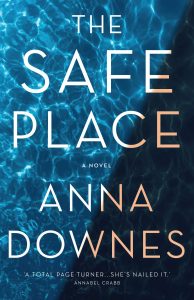 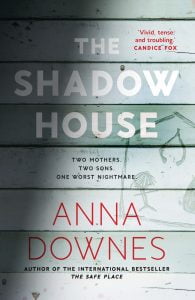