7 Great Books for Cat Lovers of All Ages Last week we shared some great books for dog lovers, so this week, our focus is cats. After all, books and cats really do go together. Anyone who follows their favourite authors on social media will know 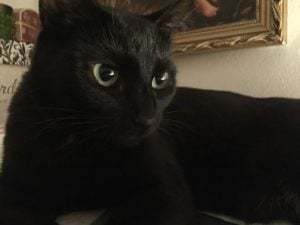 that many of them have feline writing partners. Cats are often the only company an author has while they write to a deadline. I know I spent an inordinate amount of time talking to my cat, Luna about plot twists and character development. When she died last year, I ugly cried every day for months – It was so much more than the loss of a pet. She was my muse and writing side-kick and quite often the only living being I would speak to for days when I was writing a book. I know I wasn’t alone in the extent of my grief. Nobel Prize winner, VS Naipaul said after his cat Augustus died: “It was calamitous for me. I feel a deep, deep grief. I think of Augustus. He was the sum of my experiences. He had taken on my outlook, my way of living.”

Many cats have inspired works of literature including Edgar Allan Poe’s Catterina and T.S. Eliot’s Jellylorum. Certainly, cats make wonderful reading companions. Countless bookshops have resident cats. Otis & Clementine’s Books and Coffee in Canada is known for its feline residents who wander around the packed shelves. All strays from a local shelter, customers can buy a kitten with their book.

And of course, so many of our favourite books feature a cat as a character. From Crookshanks in Harry Potter to the Cheshire cat in Alice’s Adventures in Wonderland… Watership Down, Breakfast at Tiffanys, The Woman in the Window… and who didn’t love Garfield?

We’ve put together a few books inspired by, or starring fabulous felines. Share with us your favourite books about cats. And post your feline photos in the comments. 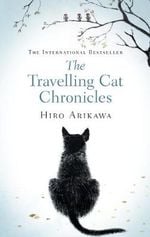 A huge international bestseller, this is the a tender feelgood story of a man’s journey with a streetcat. Nana is on a road trip, but he is not sure where he is going. All that matters is that he can sit beside his beloved owner Satoru in the front seat of his silver van. Satoru is keen to visit three old friends from his youth, though Nana doesn’t know why and Satoru won’t say. Set against the backdrop of Japan’s changing seasons and narrated with a rare gentleness and humour, Nana’s story explores the wonder and thrill of life’s unexpected detours. It is about the value of friendship and solitude, and knowing when to give and when to take.

The Cat Inside by William S. Burroughs 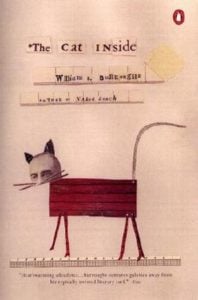 Burroughs once wrote, “My relationship with cats has saved me from a deadly, pervasive ignorance.” The Cat Inside is a moving and witty discourse on cats combines deadpan routines and dream passages with a heartwarming account of Burroughs’s unexpected friendships with the many cats he has known. It is also a meditation on the long, mysterious relationship between cats and their human hosts, which Burroughs traces back to the Egyptian cult of the “animal other.” With its street sense and whiplash prose, The Cat Inside is a genuine revelation for Burroughs fans and cat lovers alike. 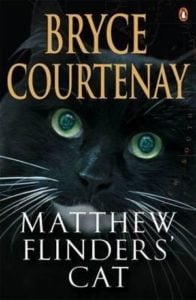 The story of a drunk, a boy and a cat. Matthew Flinders’ Cat is a modern-day story of friendship and redemption by internationally bestselling author Bryce Courtenay.

I am a Cat by Soseki Natsume 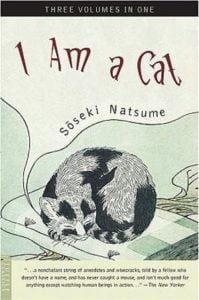 Written over the course of 1904-6, Soseki’s comic masterpiece I Am a Cat satirises the follies of upper-middle-class Japanese society during the Meiji era. With acerbic wit and sardonic perspective, it follows the whimsical adventures of a world-weary stray kitten who comments on the follies and foibles of the people around him.

The Warriors series by Erin Hunter 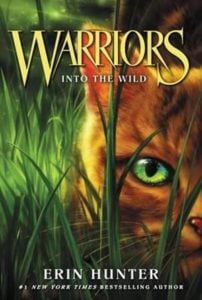 This children’s fantasy series is about the adventures and battles of five feral cat clans. Think that sounds a bit twee? My reluctant reading son devoured this series. It’s action packed, well written and a huge global success. Click here to read more about it. 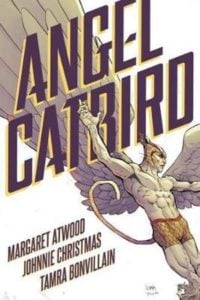 The Booker Prize-winning author of The Handmaid’s Tale loves cats but recognises the destruction they can cause to wildlife, so she created this graphic novel series, along with illustrator Johnnie Christmas. It’s now a New York Times bestseller.

On a dark night, young genetic engineer Strig Feleedus is accidentally mutated by his own experiment and merges with the DNA of a cat and an owl. What follows is a humorous, action-driven, pulp-inspired superhero adventure– with a lot of cat puns.

The Cat in the Hat by Dr. Seuss 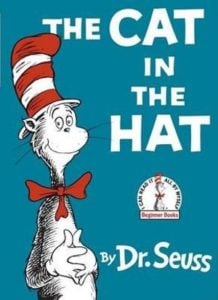 One wet, rainy day while mother is out, a boy and a girl sit dejectedly in their chairs, watching the rain beat against the window. They’re bored. Suddenly, in bursts a large cat in a tall striped hat, ready to play – and not just ordinary games, oh no! This cat likes to create mischief and mayhem. This most famous of all the cat books has been beloved by readers young and old since 1957.