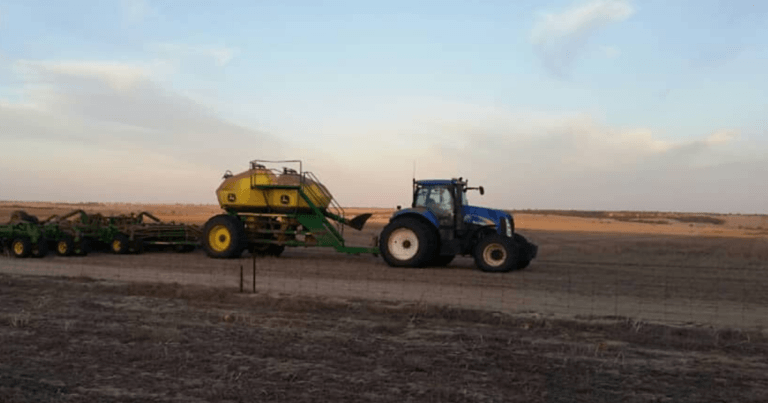 One of our favourites here at Better Reading is Jenn J McLeod. Jenn writes her novels while travelling Australia in her van Myrtle the Turtle. Over the next month, we’ll publish a series of interviews Jenn has done with authors who write from some unusual places – a boat, a van… even a tractor. We think you’ll enjoy reading about these Authors On-The-Go. This week, Jenn interviews Helene Young.

If you know of any authors who write On The Go… let us know.

Michael Trant and his mobile writing desk in his tractor

Where do I write?: As I’m yet to hit the writing-pays-the-bills milestone, when the bank account deems it necessary, my other job is that of farm labour. And thanks to the advent of autosteer machinery, my tractor becomes my mobile desk. Depending on which farm job I’m doing, I’ll either be writing, editing, or in the case of high-speed operations, “reading” other writers’ books through my ears.

What are the challenges of writing on the go?: Pretty simple – don’t hit anything. It’s a key requisite of being a large machinery operator. However, as my writing style can be described as ‘short bursts of furious activity interspersed with long pauses gazing at nothing’ the gazing-at-nothing bit works quite well when staring out of a windscreen for twelve hours a day. The other challenge is writing by hand in a bouncing office, and being able to decipher the bloody stuff as I transfer it to the laptop.

Best thing about writing on the go?: It really helps pass the time in what is otherwise a pretty monotonous job. And it also means when I have a sudden flash of inspiration, I can jot it down rather than curse myself for forgetting whatever it was later on.

Worst thing about writing on the go?:  Lumpy bloody paddocks. My handwriting is bad enough without inertia and gravity having a go at it too. I’m 90% sure what gets transferred to the laptop isn’t quite what was pencilled into the notebook. It’s more of a ‘best guess’.

What is the soundtrack you write to while on the go?: Generally the hum of 500 horses sucking down diesel. That and the two-way chatter from talkative bloody neighbours who won’t shut up. But I do have a playlist of epic Aussie instrumental ballads for the Australiana-inspired low fantasy stuff I’m currently working on.

Do you think writing on the go has changed anything about your process?:  When handwriting, there is no going back over the work. No tweaking of paragraphs while you wonder what comes next. No delaying that scene you’re not sure about as you shuffle earlier events around. There’s only one direction when you handwrite and it’s forward, which sometimes benefits me as a writer who likes tweaking.

About the author . . . From marine draftsman to farmer and pastoralist, to FIFO pot-washer and now author, Michael’s debut, Ridgeview Station, is published by Allen & Unwin. www.michaletrant.com